In the Thai market, the Kicks e-Power comes with a 129hp/260Nm hybrid powertrain that’s made up of a 1.2-litre petrol engine and an electric motor. 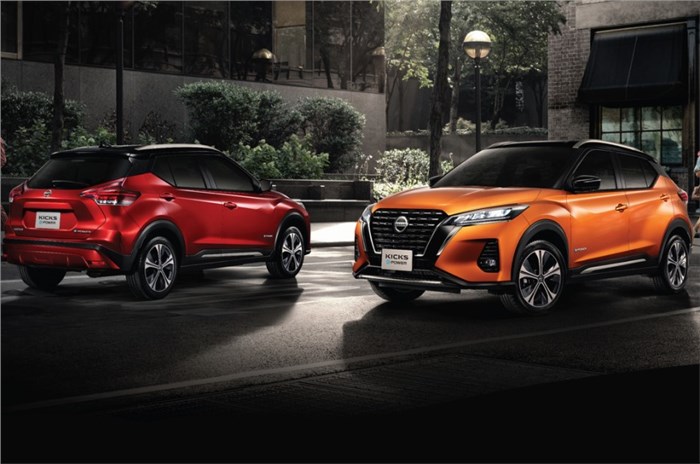 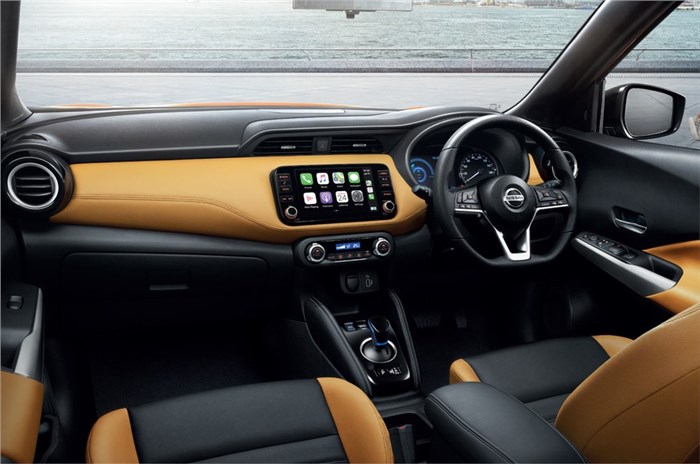 Nissan has taken the wraps off the Kicks facelift, showing that it has a design inspired by newer models. The refreshed Kicks will launch in the Thailand market first and will be sold in multiple global markets later.  Apart from the mid-cycle update, the Kicks now comes with Nissan's e-Power hybrid tech.

Not to be mistaken with the upcoming BS6 Nissan Kicks for India, the new Kicks e-Power’s hybrid powertrain is a bit different from the ones we’ve seen in India on the Maruti Ciaz, MG Hector or even Toyota’s Camry. Unlike conventional hybrids where the electric motor assists the internal combustion engine, in the Nissan, it is the electric motor that directly drives the wheels, while the 1.2-litre petrol engine assists by charging the 1.57kWh lithium-ion battery. Total system output is rated at 129hp and 260Nm of torque.

One of the new Kicks’ party tricks is that one can use just the accelerator pedal to launch, accelerate, decelerate, or stop the vehicle. There are four drive modes – Normal, S (for sport), Eco and EV – which are more or less self-explanatory.

The design of the 2020 Kicks had been leaked a month and a half ago so there’s no surprises there. The facelift brings the Kicks more in line with the styling seen on the Ariya crossover concept, with a larger version of Nissan’s signature ‘V-Motion’ grille. Also seen on the facelift are sharper headlight units, LED lighting all around and a new alloy wheel design, along with new dual-tone colour options.

As we’ve said before, this Kicks and the one that’s sold in India may look somewhat similar but are quite different. For one, the India-spec Kicks shares its M0 platform with the Renault Duster and Captur, while the Thai-spec model is based on the Nissan-Renault Alliance’s V-platform. While we will not be getting this e-Power equipped version anytime soon, Nissan India will introduce the BS6 Kicks as soon as the lockdown ends. It will come with a 156hp, 1.3-litre turbo-petrol engine and some more kit.