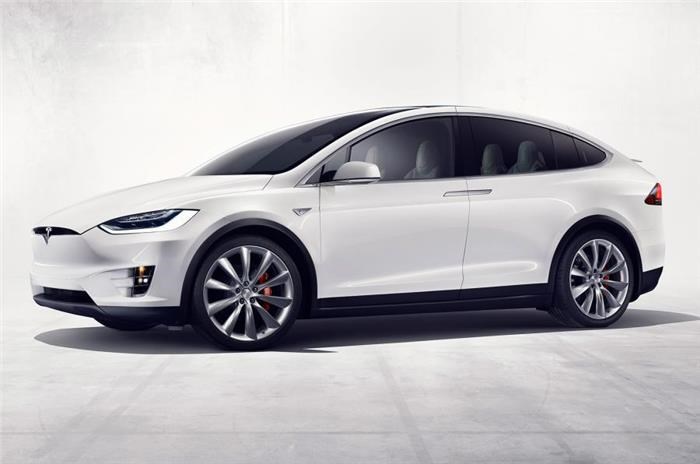 The new compact SUV and the Model 3 are part of Tesla’s massive expansion plan to sell 5,00,000 units a year.

Tesla Inc — recently renamed from Tesla Motors Inc — is on the verge of what it says will be a massive expansion of production, with two new models due to arrive in the next two years.

Alongside the much-hyped Model 3, Tesla is also expected to launch an entry-level crossover based on the same platform and rumoured to be badged the Model Y.

The starting price of the Model 3 is likely to be around $37,000 (Rs 24.35 lakh approx), with the Model Y expected to be slightly more expensive. However, Tesla founder Elon Musk believes the transaction prices of the new compact Teslas will go higher because buyers will be keen to add paid options to their vehicles.

While the compact Model Y could turn out to be Tesla’s best seller – some seven million crossovers of all types were sold in the US last year – Musk recently tweeted that the Model 3 remained the biggest priority for the company.

The Model Y is unlikely to be unveiled until sometime next year, with production set to follow late in the year. Little in the way of specification has been released, though it is expected to borrow the top-hinged ‘falcon wing’ rear doors from the bigger Model X SUV.

The Model Y will also have the promised updated electrical architecture that will allow Tesla to offer full autonomous driving capability. Future Tesla cars will be equipped with as many as eight cameras, giving a 360-degree view of the surrounding roadscape, as well as 12 ultrasonic sensors and a ‘new’ forward-facing radar that works in the worst weather conditions. Existing radar systems can be fooled by heavy rain and fog.

Musk also said the new electrical architecture has a brain that is as much as “40 times” more powerful than on previous Teslas, calling it a “supercomputer inside the car”. The autonomous driving technology though will be offered as add-on option to customers on both entry-level Teslas.

Another challenge for the Model 3 and Y will be balancing their lower price against the need for a battery big enough to give an acceptable range.

The entry-level Model 3 may have a cheaper, sub-60kWh battery but will still need to have a range of at least 370km. The Model Y’s more bluff shape and greater frontal area might mean a bigger battery for the same range, and so a slight price premium.

Tesla is in a race against time to achieve the kind of production levels needed to turn around what is still a cash-hungry operation. The firm has spent nearly $2 billion (Rs 13,163.50 crore approx) since 2010, with investments including building the battery-making Gigafactory and trying to expand car production to a massive 5,00,000 units a year.

Musk’s expansion plans will test the limits of the capabilities of Tesla’s suppliers and those of its own plant in Freemont, California. But getting to annual sales of half a million vehicles should finally push the carmaker into profit and secure the company’s long-term future.