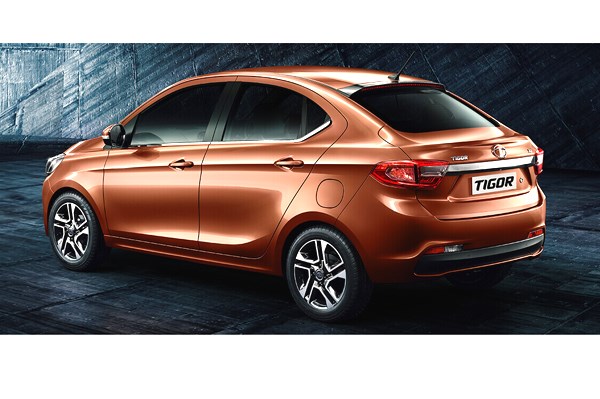 The Tigor is available in four variants with the option of a petrol and a diesel engine; prices range from Rs 4.70 lakh to Rs 7.09 lakh

Tata’s latest compact sedan, the Tigor, is based on the Tiago with much of its design and interior shared with its hatchback sibling.

The front-end design of the Tigor is similar to the Tiago but with a few minor differences, while from the B-pillar that styling is all new. The rear doors are new, the roofline is steeply raked, and the neatly integrated boot and the flowing C-pillar give the car an almost coupé-like profile.

The interiors too bear a strong resemblance to the Tiago's but with a lower-set rear seat to improve headroom, a more reclined rear backrest and larger integrated headrests.

Powering the Tigor is the same family of three-cylinder petrol and diesel engines that debuted in the Tiago. The petrol motor is the 85hp, 1.2-litre naturally aspirated Revotron unit while the diesel unit is the 70hp, 1.05-litre Revotorq engine. Both units come paired with a five-speed manual gearbox as standard.

The Tiago is available in four variants –XE, XT, XZ and XZ (O) – in both petrol and diesel guises. Here is the equipment you get on each variant:

In terms of equipment, the base Tigor is rather sparsely equipped though all variants from the XT up feature good levels of equipment with the touchscreen infotainment system only offered on the top XZ(O) trim only. ABS is only available from the mid-level ZT trim onwards while only the top XZ and XZ(O) trims get dual airbags.

More on the Tata Tigor