Tata Punch is the production version of the HBX concept SUV; will go on sale in the coming months. 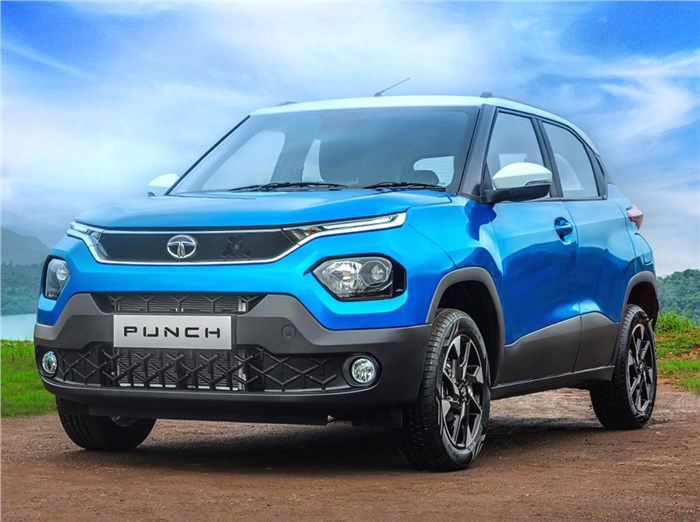 The Tata Punch will be the brand's new micro-SUV. The company has released an image of the SUV in production spec, that was earlier known as the Tata HBX. The new Tata Punch micro- SUV becomes the brand's smallest SUV and is positioned below the Nexon. The biggest takeaway from the production-spec Tata Punch is that it doesn’t stray too far away from the HBX concept showcased at the 2020 Auto Expo.

As mentioned above, the production-spec Tata Punch looks very similar to the concept showcased earlier but has been toned down slightly. More importantly, the Punch adopts the family design language seen on Tata’s larger SUVs, like the Harrier and Safari, with a similar split-headlamp setup and Tata’s humanity line grille.

From the image released by Tata Motors, it can be confirmed that the front bumper and the body cladding have been toned down from the HBX concept. However, the squared wheel arches, upright stance and heavy cladding all around still gives it a proper SUV-like look. The front bumper also features Tata's signature Y design motifs and also houses a pair of fog lamps.

The dual-tone exterior paint options also create a nice floating effect for the roof. The Punch rides on a set of stylish looking 16-inch wheels. Tata, however, hasn't yet revealed the rear end design of the micro-SUV.

While the interiors have not yet been revealed either, we expect them to stay closer to the concept with the dashboard design characterized by a free-standing 7.0-inch touchscreen infotainment system and squarish air con vents. The Punch will share a lot of interior bits like the three-spoke flat-bottom steering wheel, HVAC controls, and even the part-digital instrument cluster with a digital tachometer and analogue speedometer, with the Altroz.

Two 1.2-litre, three-cylinder petrol engine options are expected to power the Punch micro-SUV. The lower-spec version will be a naturally aspirated unit that sees duty on the Tiago and the Tigor and produces 83hp. Meanwhile, higher variants are expected to come with the 1.2-litre turbo-charged version that does duty on the Altroz iTurbo. Transmission options will likely include a 5-speed manual and an AMT gearbox. Just like the Altroz, the Punch is also based on Tata's ALFA architecture.

When launched, the Punch will be positioned below the Altroz, and we expect Tata to price it pretty aggressively. As far as rivals go, the Punch will take on high riding crossovers like the Maruti Suzuki Ignis and the upcoming Hyundai Casper. It will also rival entry-level compact SUVs like the Nissan Magnite and Renault Kiger.