Based on our real world tests, here’s a look at the Nexon EV’s range. 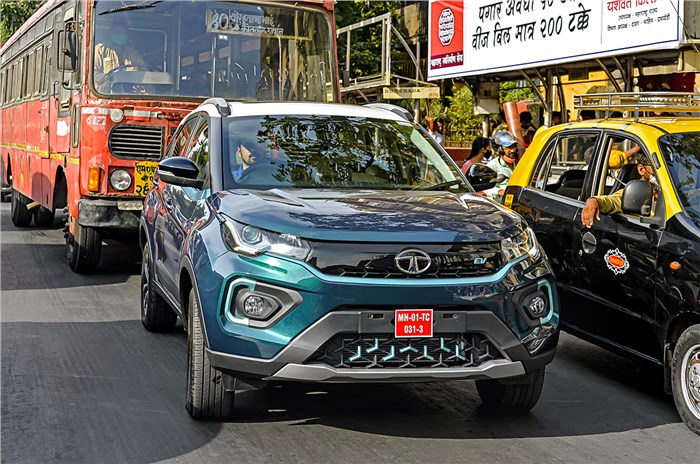 Tata’s all-electric, long-range Nexon EV has grabbed the lion’s share of the EV market in India, as a result of its clever packaging, value proposition, as well as its zippy electric motor. Recently, this Tata EV was engulfed in a controversy due to its advertised 312km range, so we had to test it in the real world to find out how much distance it can actually cover on a single charge.

What is the real world range of the Tata Nexon EV?

It is a known fact that EVs are more efficient in the city with stop-go scenarios, as their batteries are recuperating higher levels of energy while decelerating, than when driven at constant speeds on open roads. So, it doesn’t come as a surprise that the Nexon EV is more efficient in the city, with a theoretical range of 216km, whereas on the highway it will cover 201km on a single charge. Why are these theoretical numbers? Read on. 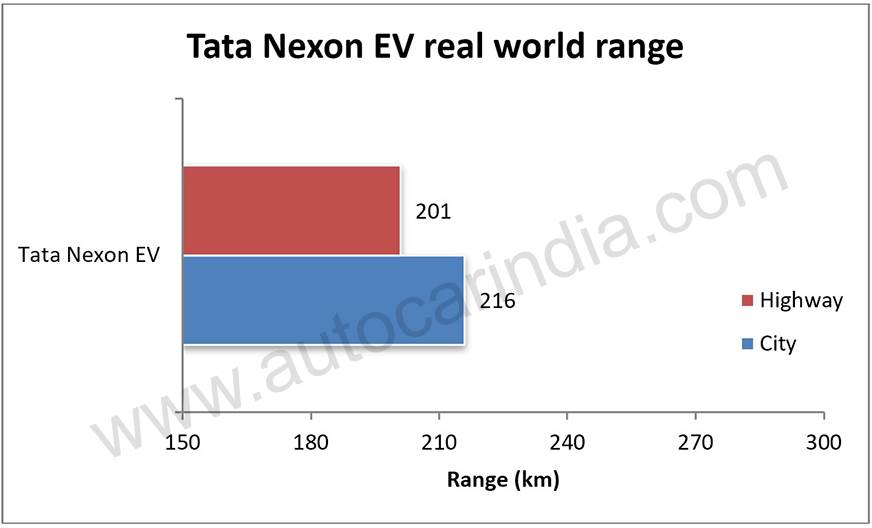 The Nexon EV’s 30.2kWh battery doesn’t deplete consistently; for example, it doesn’t regenerate charge between 100 and 95 percent, hence the depletion rate will be the fastest in this range. Once the charge drops to 15 percent, torque generated from the motor is restricted and climate control switches off in order to maximise range, hence the battery’s depletion rate will be the slowest. And unlike the MG ZS EV or the Hyundai Kona Electric, there is no way to adjust the intensity of regeneration, which could help squeeze out a longer distance from the battery, particularly in urban conditions. Interestingly, in D mode, the motor delivers only 150Nm of torque, whereas in Sport mode it delivers 245Nm, which also affects consumption; our test was conducted in D mode only.

Before our real-world range test, we fully charge the batteries of our test cars and maintain tyre pressures in accordance with the manufacturer’s recommendation. These cars are driven in fixed city and highway loops and we maintain certain average speeds. To keep a check on any untoward variation, we always have a reference car driving along, one that we’ve already tested in the past; periodic driver swaps further neutralise variations in driver patterns. At the end of each cycle, we calculate the range based on the percentage charge consumed. Throughout our test, there is only one person in each car, running the air con and other electrical like the audio system, indicators and wipers when required, just like how a regular user would. We take pride in our testing data which isn’t merely consistent, but also gives users an accurate indication of what they can expect in the real world.