The truth behind the Tata Nexon EV range controversy

We delve deep into the controversy over the Tata Nexon EV’s range to figure out just how and why the difference between claimed and real world range occurs, and if this is an anomaly or simply the case with all EVs. 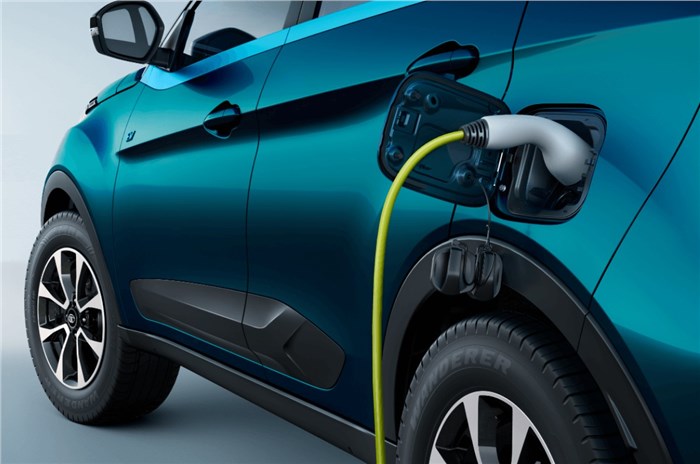 The Delhi government’s delisting of the Tata Nexon EV from its subsidy scheme for electric vehicles earlier this week raises more questions than answers. Delhi Transport Minister Kailash Gahlot tweeted: “Delhi govt has decided to suspend subsidy on an EV car model, pending final report of a Committee due to complaints by multiple users of sub-standard range performance. We are committed to support EVs, but not at the cost of trust & confidence of citizens in claims by manufacturers.”

For those who come in late, here is the backstory. The delisting follows a consumer complaint over the vehicle’s failure to meet company’s specified 312km range on a single charge. Last month, the Delhi Transport Commission issued a show cause notice to Tata Motors. In its response released on Monday, the manufacturer has said that it stands by the Nexon EV’s claimed ARAI range, and will continue to engage constructively to protect the interests of its customers. “The Nexon EV is the only personal segment EV available in the market today that meets the stringent FAME norms. The range at single full charge (312km) for the Nexon EV is basis the certification received from the Automotive Research Association of India (ARAI), which is the official body that independently tests all mass produced vehicles under standard/defined test conditions before they can be offered to customers,” its statement said.

“As with conventional vehicles (with IC engines), the actual range achieved in EVs is dependent on AC usage, individual driving style and the actual conditions in which the vehicle is driven. The range achievement is also a function of familiarity with the new technology, and customers report improvements upwards of 10 percent within 4-6 weeks of familiarity. We have been receiving several positive testimonials from our customers and are encouraged to see them exploring new places with the Nexon EV and sharing their experiences.”

As with every vehicle, real-world mileage (range) will vary from the certified figure. Mileage will also differ widely from user to user and is heavily dependent on factors such as driving style, traffic, and even weather. For EVs, this variation is even more pronounced, as a battery’s depletion rate varies far more than an IC engine’s fuel consumption.

Temperature variations significantly impact a battery’s performance and, curiously, if you drive an EV on a highway, you’ll get a lower range than you would in the city. This is because on the highway, with the throttle constantly engaged, an EV will only be depleting its battery whereas in the city, it benefits from increased brake energy regeneration, thanks to having to slow down for traffic.

This is a key factor, as it must be noted that for EVs like the Nexon EV, Hyundai Kona Electric, and MG ZS EV that belong to category M1 (vehicles which can ferry up to eight passengers plus a driver and their luggage), ARAI limits the range testing to Part One (urban cycle) of the Modified Indian Driving Cycle.

Thus, a real-world figure with mixed usage will definitely show a big difference compared to the ARAI figure. This is not to say the ARAI figure or system is flawed. On the contrary, it represents a uniform testing procedure applied to all vehicles, thus enabling a fair and accurate comparison. However, it cannot be taken as an exact value that all users will achieve.

For instance, drive an EV up to a hill station and the constant load will rapidly deplete the battery. On a 280km drive from Mumbai up to Mahableshwar, we came perilously close to depleting the Mercedes-Benz EQC’s battery, this despite the certified 445km range. The return downhill journey, however, was a breeze, and we coasted home with extra kilometers to spare.

EVs and real range: How they performed in the Autocar India road test

Last year, we conducted a range test for the Nexon EV, Hyundai Kona, and the MG ZS EV according to our set Autocar India Road Test standards. The range test had the distance measured via GPS, drivers rotated, and all testing carried out at the same average speed. Our tests, too, showed a difference in the claimed range versus the real world figure for all EVs.

The ZS EV’s performance on an Autocar India record hypermiling run last year also demonstrates just how much of an impact driving style, load, and other factors can have on an EV’s range. The ZS EV achieved 563km on a single charge, with no electrical load such as AC, stereo, headlights etc. Thus, in the Nexon EV’s case, too, it is expected to have a range difference in the real world.

Before getting to the testing methodology, here are certain prerequisites – the ambient temperatures must range between 20 and 30 degrees Celsius; tyre pressures should be as per what is prescribed by the manufacturer, and all other mechanical bits must conform to the manufacturer’s specifications and standards. And, finally, the electric vehicle’s battery has to be fully charged. During the tests, all electricals except those required to drive the car need to be switched off, including lights, indicators, and auxiliary devices like air-con and audio system, which isn’t the case in the real world where these surely contribute to some power consumption.

For electric vehicles belonging to the M1 category, ARAI limits the range testing to Part One (urban cycle) of the Modified Indian Driving Cycle. Each vehicle goes through 22 testing cycles spread over 195 seconds each. During each of these tests the vehicle is supposed to idle, accelerate and decelerate in a fixed pattern over a predetermined duration. The driver or tester is supposed to follow certain steps, including gradual pedal inputs, to avoid any sudden acceleration or deceleration which could skew the findings. The average speed maintained during the cycle is 19kph, with a maximum speed of 50kph. After 22 such cycles, the total distance covered by the vehicle is used to calculate its range.

To derive the total power consumption over the 22 cycles, the battery is put for charging within 30 minutes of the completion of the test. An energy measurement device, placed between the main socket and the vehicle charger, measures the charge delivered (watt-hours) to the car’s battery. In order to calculate the consumption (kWh per km), we divide the charge delivered to top up the battery (watt-hours) by the distance covered (km).

To find out the maximum travel range from the final consumption figure, divide the battery size by consumption to establish a theoretical figure, which is what’s printed and advertised by the manufacturer as the vehicles’ range.

Taking the Kona’s example, certified range is 452km and battery size is 39.2kWh, so going by the above formula 452km = 39.2kWh/Consumption, hence consumption by reverse calculation would have been 0.086kWh per km (or 8.6kWh per 100km).

Clearly, the delisting of the Tata Nexon EV is unfortunate, as it has obtained its ARAI certification. ARAI certification is a mandatory and regulated process conducted by government- approved facilities and logically, queries should also be directed towards ARAI, the certifying agency. At a time when the country is trying to promote EVs, this whole affair will only prove to be a stumbling block and could have been handled in a more nuanced manner.