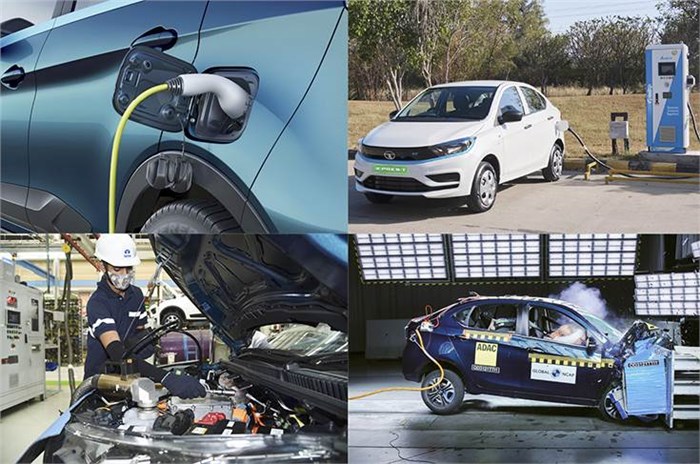 Tata Motors and TPG Rise Climate have entered into a binding agreement whereby the latter along with co-investor ADQ will invest in a newly incorporated subsidiary of Tata Motors.

TPG Rise Climate will invest Rs 7,500 crore in compulsory convertible instruments to secure between 11 percent to 15 percent stake in this company, translating to an equity valuation of up to $9.1 billion (Rs 67,349 crore).

The new company will leverage all existing investments and capabilities of Tata Motors and channelise the future investments into EVs, dedicated BEV platforms, advanced automotive technologies and catalyse investments in charging infrastructure and battery technologies. Over the next five years, this company will create a portfolio of 10 EVs in association with Tata Power and catalyse the creation of a widespread charging infrastructure to facilitate rapid EV adoption in India. 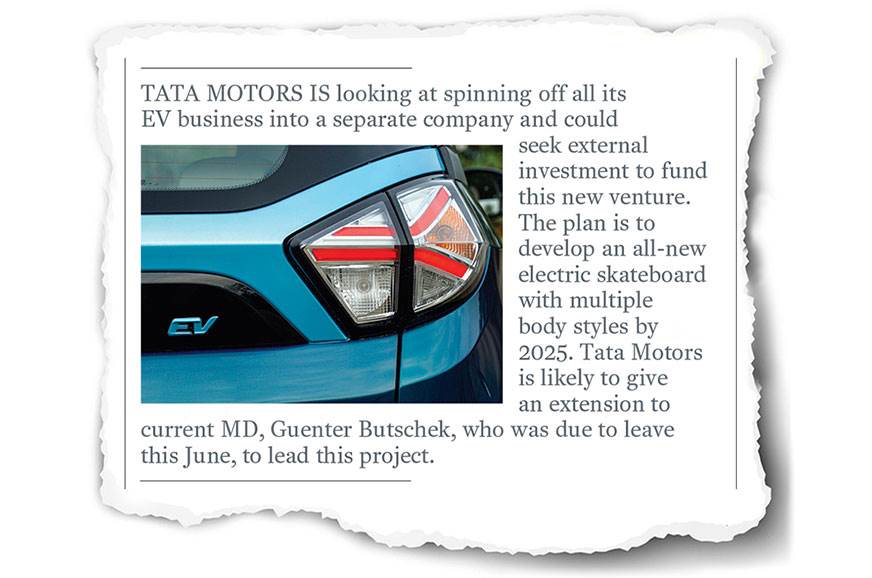 We first broke the news of the possibility of Tata Motors spinning off its EV business in the May issue of our magazine.

It is expected that the first round of capital infusion will be completed by March 2022 with the rest being invested by next year end.

According to Tata Motors, the EV business requires over $2 billion (Rs 15,000 crore approx) of investments in the next five years. The company says, “PVs will be fund constrained to support the aggressive EV aspirations. Need to continue to build momentum in EV to retain competitive advantage. EV technologies are still evolving and hence risky.”

Tata Motors is going about its EV business in a strategic manner which comprises a holistic offering of products, network and charging infrastructure. The carmaker, which is seeing robust demand for its passenger vehicle business, is also notching speedy gains in electric passenger vehicles. Tata Motors has commanded a 70 percent share of the EV market this past year and the Nexon EV, which has a 312km range and has sold over 7,000 units till now, remains India’s bestselling electric PV by far. The carmaker has expanded its portfolio with the addition of the Tigor EV – launched on August 31 for Rs 11.99 lakh.

Also, recognising the growing demand from the fleet user segment, Tata introduced the Xpres-T EV in mid-September. The eco-friendly sedan, which exclusively targets mobility services, corporate and government fleet customers, comes with an optimal battery size and captive fast charging solution, both of which are designed to offer a low ownership cost.

Tata Motors is implementing Project Helios under which it has confirmed plans to “expand its portfolio of offering India-specific products with different body styles and driving ranges (10 EVs by FY2026)”. It also plans to transition to a modular multi-energy platform from conversion EVs.

On the network front, the company is looking to expand beyond existing micro-markets (100+ cities, 255 touchpoints by next April). It will also introduce a subscription model for Tata EVs and plans to further increase localisation levels of EV components (both Tier 1 and Tier 2). This will help optimise costs and further drive down pricing. High initial cost is a deterrent to many ICE vehicle buyers looking to shift to EVs.

Tata Punch EV in the works