Besides the Harrier, Tata has increased prices for a large selection of its models. 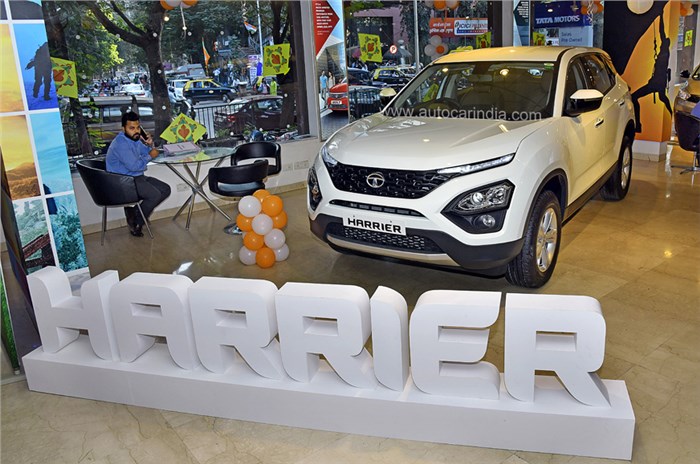 While Tata Motors had not officially announced a hike in prices come 2020, it is typical for carmakers to revise price when the New Year begins. The Indian brand has silently increased prices across its range of models, which includes the Harrier, Nexon, Tiago and Tigor.

The Tata range also officially includes models like the Hexa, Safari Storme, Zest, Bolt and Nano – the prices of which have also increased – however, these will be discontinued in the coming months. The price hike for the models that will continue to be on sale post April 2020 have risen by a significant amount.

One should bear in mind that these prices seem to be for the BS4-compliant models, rather than their respective BS6 versions, so expect another price hike in the coming months.

The first Tata SUV to be based on the brand’s new OMEGA platform (derived from the Land Rover D8 platform) the Harrier’s prices have increased by about Rs 45,000 across the board. Tata has also added a lower-spec version of the Dark Edition.

Available with a sole diesel-manual powertrain – a 140hp, 2.0-litre unit mated to a 6-speed manual gearbox – the Harrier feels rugged and boasts excellent ride quality. The lack of a petrol engine option (a 1.6-litre turbo-petrol is said to be in the works) or an automatic option (a Hyundai-sourced 6-speed torque convertor unit is coming soon) do mark it down; but the Harrier still went home to 1,458 buyers in December 2019.

While a Tata Nexon facelift is imminent – which will mean another round of hiked prices soon – the current petrol model’s prices have increased by about Rs 15,000, while the price tags of the diesel versions have spiked by about Rs 30,000.

The Nexon may not be the bestselling model in its segment (the Hyundai Venue and Maruti Suzuki Vitara Brezza consistently outsell the Tata). However, it still sold 4,350 units in the month of December 2019. While the 110hp, 1.2-litre turbo-petrol engine is underwhelming, the 110hp, 1.5-litre diesel engine is refined and pulls well – especially when paired with the optional 6-speed AMT gearbox. Key reasons for the Nexon's success include its excellent ride quality and the fact that even after two years of its entry into the Indian automotive market, it still grabs eyeballs on the street.

Tata’s response to the Maruti Suzuki Wagon R, Hyundai Santro and Datsun Go is now pricier by about Rs 10,000 for the petrol variants and about Rs 20,000 for the diesel versions.

For now, there are two engine options available with the Tiago, since the 70hp, 1.05-litre diesel engine will be discontinued before April 2020. Making 85hp and 114Nm of torque in BS4 form, the BS6-compliant version of this 1.2-litre petrol engine has already made its debut in the Tiago’s larger sibling, the Tata Altroz. A facelift will also be introduced at the same time as the BS6 engine rolls out. A well-equipped (if slightly pricey) budget hatchback, the Tiago is great value for money and has helped Tata retail 4,558 units during December 2019.

The Tigor compact sedan is much like its hatchback counterpart – the Tiago – in terms of offering great value for money. Tata’s sub-four-metre sedan punches above its weight in this fiercely competitive segment and is quite comfortable for its size. In January, prices have increased by about Rs 5,000 for the petrol models and Rs 20,000 for the diesel units.

Like the Tiago, the Tigor will get a facelift shortly and be a petrol-only model, come April 2020. The rival to the Maruti Suzuki Dzire, Honda Amaze and the upcoming Hyundai Aura, sold 1,487 units in December 2019, which is a far cry from the segment-leader’s sales – Maruti retailed over 15,000 units of the Dzire in that month.

Expected to be replaced as Tata’s flagship SUV by the Gravitas, the Hexa will continue to be on sale for a few months more, at the least. Hexa prices have hiked across the board by about Rs 44,000 in 2020:

While all variants get a 2.2-litre, four-cylinder diesel engine, the entry-level trim has it in a 150hp/320Nm state of tune and is only paired to a 5-speed manual gearbox. In all the higher variants, the engine produces 156hp and 400Nm of torque and comes paired with either a 6-speed manual or a smooth 6-speed automatic transmission. The diesel-manual versions also get the option of an all-wheel-drive system. Just 317 units of the Hexa were retailed from Tata’s dealerships in December, despite the heavy discounts that the rugged crossover was available with at the time.

Tata Motors has big plans for the upcoming 2020 Auto Expo – the brand intends to have a number of new models at its stand, including the soon-to-launch seven-seat Gravitas SUV, facelifts for the Tiago, Tigor and Nexon, the new Altroz hatchback and its all-electric counterpart, and a near-production version of the H2X (codename: Hornbill), which has just been spotted for the first time.