Aside from being on display, the Altroz was also the lead car for the annual Tata Steel Kolkata 25k marathon. 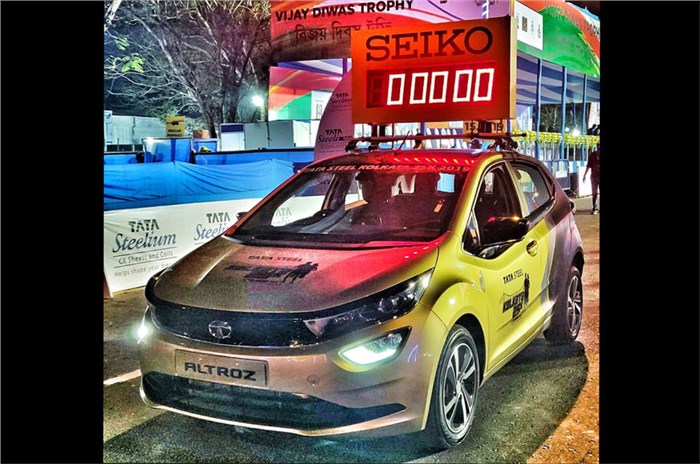 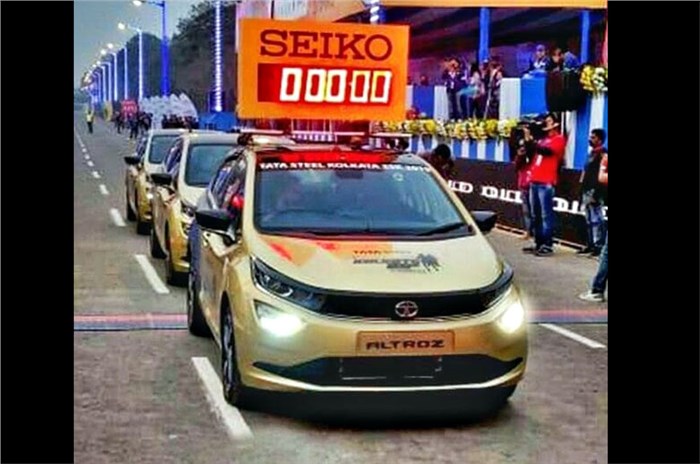 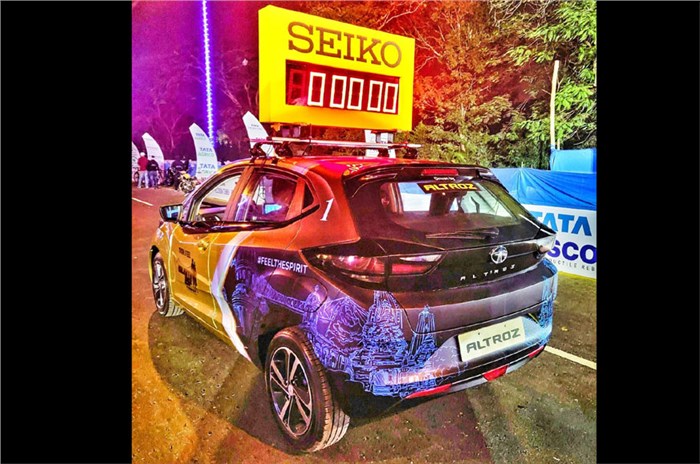 The Tata Altroz was on display and it was also the official lead car for the annual Tata Steel Kolkata 25K marathon held in Kolkata on December 15, 2019. The event comprised a host of long-distance races, ranging from a distance of about 2.3km to the main 25km marathon, including one for senior citizens and one for people with disabilities.

The Altroz that was the official lead car for the marathon was equipped with a roof-mounted digital stopwatch along with unique liverly. The Altroz' rear section was finished in black and featured the landmarks of the city and the regular branding for the TSK 25K event.

Tata is set to launch the Altroz in India early next year as a rival to the Maruti Suzuki Baleno, Hyundai i20, Honda Jazz and Toyota Glanza with the company having revealed the India-spec model earlier this month (you can read our review here).

The hatchback is underpinned by Tata’s all-new ALFA platform along with featuring the brand’s latest design language. At the time of launch it will be available with two BS6 engines ­– a 1.2-litre three-cylinder petrol motor good for 86hp and 113Nm, and a detuned version of 1.5-litre turbo-diesel from the Nexon developing 90hp and 200Nm of torque. Both units will be paired with a 5-speed manual gearbox only. A turbo-petrol variant and a dual-clutch automatic gearbox are expected to join the line-up at a later stage.

The Tata Altroz will be available in a choice of four trim levels – XE, XM, XT, XZ – with the carmaker set to offer each trim level with an add-on pack with specific features.

Expect the Altroz prices to be between Rs 5-8 lakh (ex-showroom) at the time of launch.