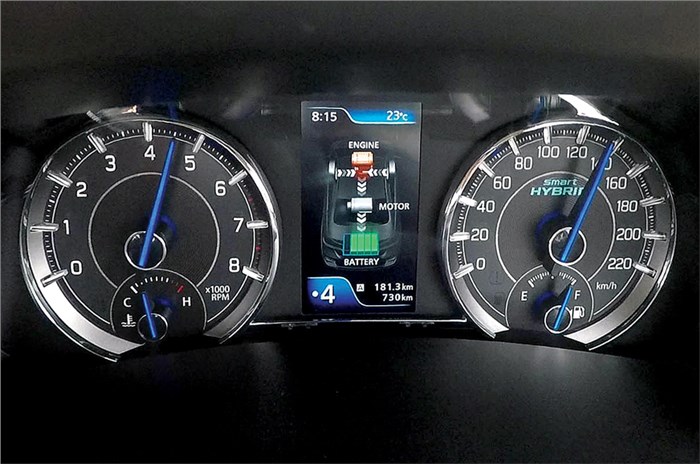 Abhay Damle, Joint Secretary, Ministry of Road Transport and Highways says upcoming speed warning system does its job because of its nuisance value.

Of the many talking points on the facelifted Maruti Suzuki Ciaz, launched in August 2018, is its speed warning system. And those who have experienced the system’s intermittent warning beeps above 80kph and the constant beep above 120kph have found it irritating. However, Abhay Damle, Joint Secretary, Ministry of Road Transport and Highways, has stated it is precisely the system’s nuisance value that makes it so effective.

Speaking at the Global NCAP Stop the Crash event in Delhi about the car safety initiatives introduced by the government in the past few years, Damle said, “We asked that if the maximum speed of the country is 120kph, why should drivers not be alerted when they exceed 120kph? A specific standard has been created, that, as and when the vehicle moves beyond 120kph, there will be a continuous audio alert which has to be a little irritating. And I was very pleased to see the irritating effect of one of the cars which has been developed. The moment it goes above 120kph, it makes an irritating noise which probably makes the driver reduce speed. It’s a very effective speed management system which we believe will be helpful in the future.” Damle referred to the speed warning system as an “innovative solution” to curb speeding.

Maruti Suzuki has been the first manufacturer to roll out the speed warning system. Following the Ciaz, the system has also been introduced on the updated S-cross.

What are your thoughts on the speed warning system? Do let us know in the comments section below.

ESC and autonomous emergency braking to become mandatory in 2022

Blog: What the beep?

Advanced safety features all cars in India should come with