New Kushaq design sketches show just how close to the Vision IN concept the production-spec model is. 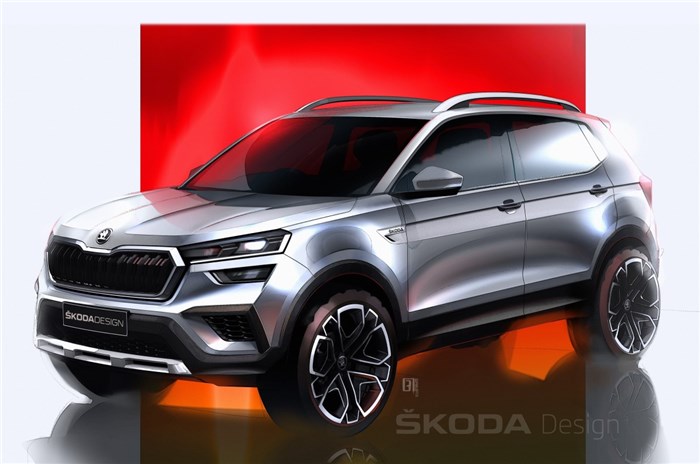 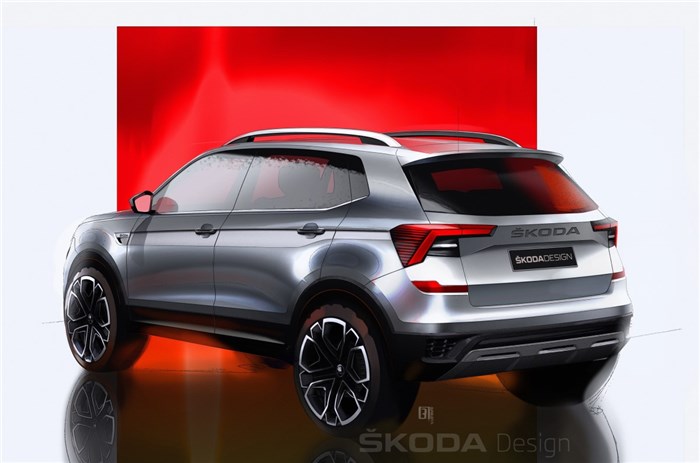 With the Skoda Kushaq set to make its world premiere on March 18, 2021, the brand has released new sketches revealing more design details of the upcoming Hyundai Creta rival.

There’s quite little in terms of differences between the Vision IN concept, which previewed Skoda’s mid-size SUV, and the production-spec Kushaq. Both feature a prominent and wide Skoda grille flanked by a dual-headlight set-up. The Kushaq’s front bumper is also expected to be similar to the concept, though toned down slightly.

At the rear, a roof spoiler and a faux diffuser element add some sportiness to the design, while the wraparound LED tail-lights add width to the styling. Expect 17-inch alloy wheels on higher variants, similar to the ones seen on the Kushaq prototype we drove.

Overall, the Kushaq bears a familial resemblance to its larger SUV siblings – the Kodiaq and the Karoq – which is no bad thing.

While the sketches do not provide any new info on the interiors of the Kushaq, we do know that it’ll come with a multi-tone dashboard and a free-standing 12.3-inch infotainment screen.

Skoda aims to achieve 95 percent localisation of parts though at launch, the Kushaq will have 93 percent of its components localised. This includes the India-specific MQB-A0-IN platform – which will go on to underpin the Volkswagen Taigun SUV and the replacements for the current VW Vento and Skoda Rapid – and the 1.0-litre and 1.5-litre turbo-petrol engines.

The 110hp, 1.0-litre TSI unit available on the lower trims will come with 6-speed manual and torque convertor auto gearbox options while the 150hp, 1.5-litre TSI unit will have manual and dual-clutch automatic options.

Thanks to the MQB-A0-IN platform, the Kushaq will have a segment-leading 2,671mm wheelbase length, although overall it’ll be around the same size as the Hyundai Creta, Kia Seltos and Nissan Kicks; this means it is expected to be smaller than the likes of the Tata Harrier and MG Hector.

Due to the heavy localisation and the sharing of essential components with other models, expect the Skoda Kushaq to be priced competitively – a Rs 10-16 lakh (ex-showroom) range is likely. We’ll have to wait for prices to be announced officially and to properly drive the Kushaq to find out if it’ll live up to its name; incidentally the mid-size SUV’s name has been derived from Sanskrit and translates to ‘king’ or ‘emperor’.