SCOOP! Maruti YRA hatchback to take on Hyundai Elite i20 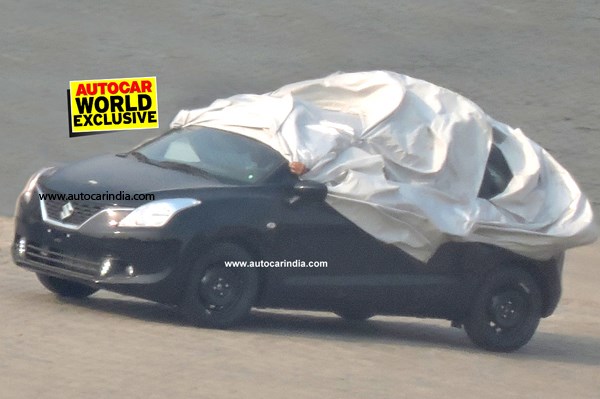 All-new Maruti hatchback to be slotted above the Swift; India launch next year.

Maruti is readying an all-new hatchback (Codename: YRA) that is expected to launch globally next year.

This new model will sit above the Swift in Suzuki’s global line-up and will compete directly with the New Hyundai Elite i20, which has also moved a sub-segment higher.

This first-ever spy picture shows the upcoming Maruti YRA in production guise, and gives us a pretty clear view of how the new hatch is expected to look. From the picture, it is safe to bet that parent-company Suzuki has played it safe with the YRA’s styling and has continued with the family-look first seen on the Swift.

The YRA is expected to be much wider than the Swift and this means cabin-space will be competitive if not class leading. The headlamps are placed at far corners and the wide grille is expected to get Suzuki’s honeycomb treatment. A new here for Suzuki is the V-shape chrome-surround at the bottom. The front bumper gets conservative styling with a wide air-intake inlet, fog lamp inserts and vertical daytime-running lamps. What’s to note is that Maruti for-the-first-time in India could provide standard daytime-running lamps in India.

The Maruti YRA is expected to be powered by the 1.2 and 1.4-litre petrol and the 1.3-litre diesel motors.