Renault Duster SUV to get another update along with a BS-VI engine. 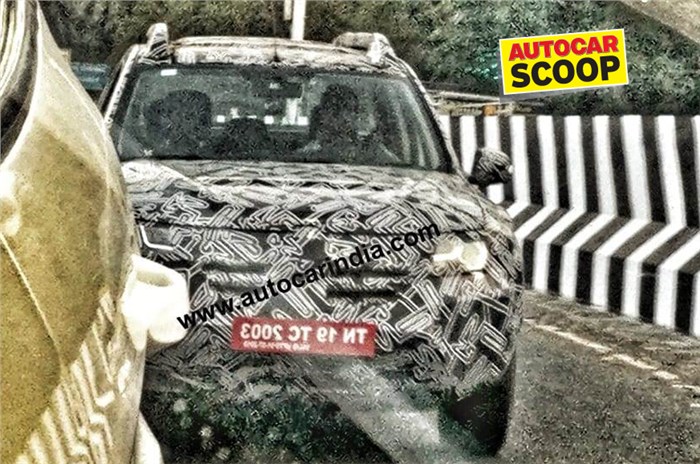 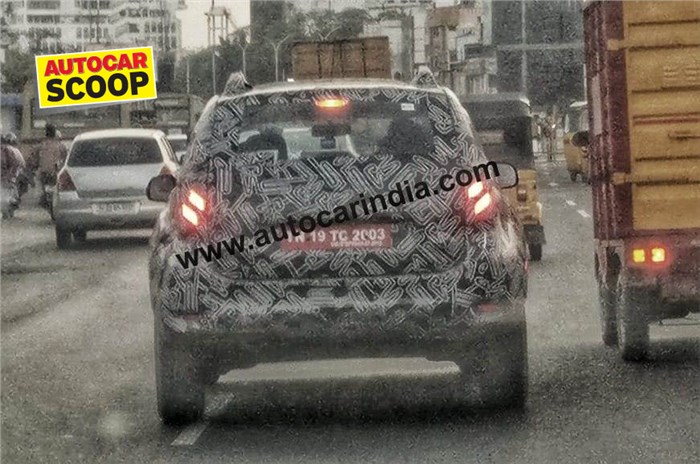 Renault has begun road-testing an updated version of the Duster SUV that will go on sale around April 2020. Not to be confused with the all-new Duster (Codename: HJD) already on sale in international markets, the Duster seen in these spy shots is the current-gen model that will be upgraded to meet BS-VI emission standards and the upcoming pedestrian protection safety standards – both of which kick-in by April 1, 2020.

To meet the new Pedestrian Protection safety norms, the 2020 Duster will get a higher bonnet to create the necessary space between the bonnet lid and engine components underneath. This redesign of the bonnet – which makes the front-end more ‘forgiving’ if a pedestrian hit – is essential to meet to meet pedestrian safety standards.

Along with the redesigned bonnet, the 2020 Duster will also get new bumpers and a restyled grille. As seen in the spy shot, the headlight design is similar to the current Duster but will come with LED daytime running lights. A close look reveals that the SUV might get a sunroof option too – at least on the top-spec variant. Additionally, the refreshed SUV will also sport new roof rails. There are no other exterior cosmetic changes expected.

Ahead of this 2020 facelift, Renault will equip the Duster with standard rear parking sensors, a passenger seat-belt alert and speed warning. The current Duster already clears the crash test norms that will come into effect later this year.

According to sources, Renault will only upgrade the 110hp variant (THP) of the 1.5-litre K9K diesel to BS-VI, whilst the lower-powered 85hp (HP) version is likely to be discontinued. The Duster petrol engine will also see an upgrade to BS-VI norms and will be available on the updated model.  Gearbox choices are likely to include the 6-speed manual for the diesel and a 5-speed manual for the petrol. As far as automatics go, the Duster diesel will continue to be sold with an AMT while the petrol will solider on with a CVT gearbox.

On the inside, you can expect some significant updates like an all-new infotainment system and more interior bits likely shared with the Captur crossover. Richer materials and improved plastics are also part of the new package.

This will be the second major facelift of the Duster since it was first launched in 2012. The last facelift in 2016 saw it get new styling and more features but this time around, “it will feel like a completely new car” said a Renault source. However, the carmaker has no plans to launch the second-gen Duster (HJD) which was launched in Europe in 2017.