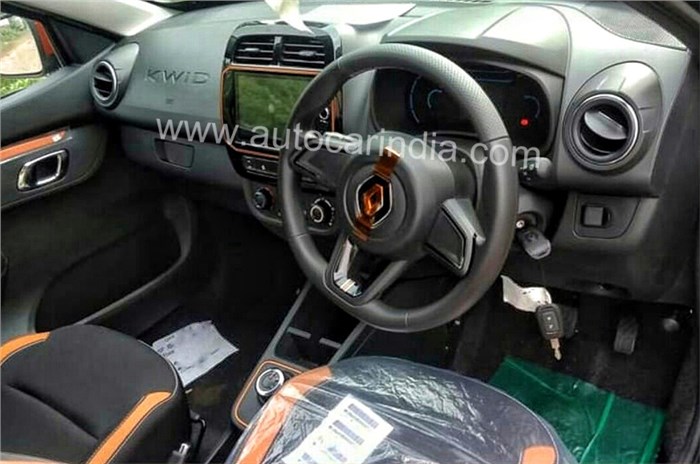 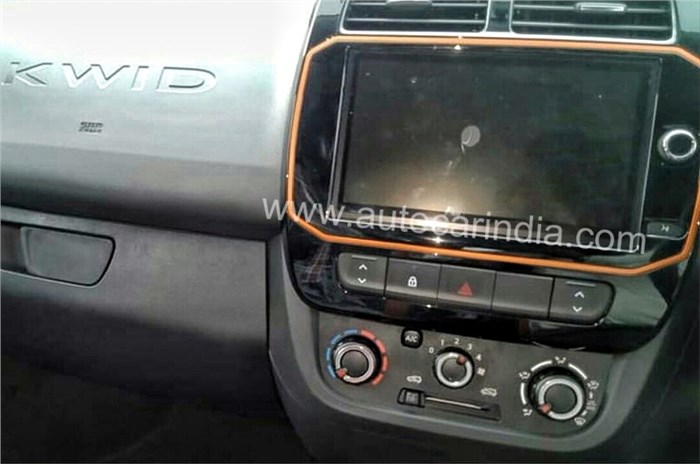 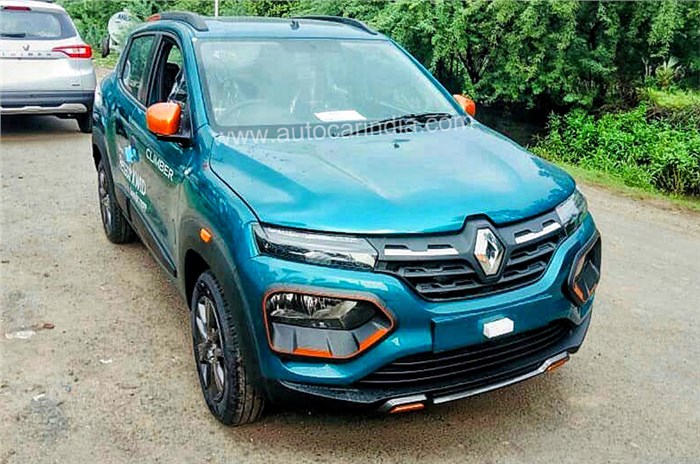 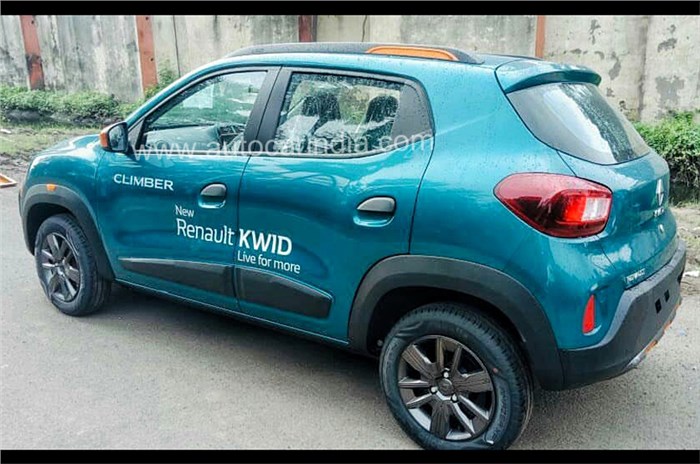 The easily identifiable addition to the Renault Kwid facelift’s interior is a significantly larger 8.0-inch touchscreen infotainment system, which appears to be the same unit as seen on the recently-launched Renault Triber. Look closely, and you’ll notice that the Kwid facelift also borrows the part-digital instrument cluster from the 7-seat Triber.

The Kwid also gets a new steering wheel, redesigned central AC vents, the power window switches are now situated above the AC controls and the rotary gear lever for the AMT has now been repositioned from on the dashboard to between the front seats. The dash redesign has also eliminated the storage bin above the glove box and the little shelf between the two, which came in handy for storing odds and ends. The Kwid Climber’s black-and-orange interior colour scheme, however, remains unchanged.

On the outside, the Renault Kwid gets a new face, with a split-headlight design, as seen on a number of SUVs today. On top are LED daytime running lights, while the headlights have been accommodated in recesses in the bumper. The grille design is new as well, and sports a chrome strip that extends from the Renault lozenge and seemingly merges into the DRLs. Also new are the alloy wheels on the Climber variant, along with LED elements in the tail-lights, all of which come together to inject freshness into the Kwid’s appearance.

When it is launched early in October, the Renault Kwid facelift will continue with the same 54hp, 0.8-litre and 68hp, 1.0-litre petrol engines. At launch, both engines will be BS4-compliant, but will be upgraded to meet BS6 norms closer to the April 2020 deadline. Like before, a 5-speed manual gearbox will be on offer, along with the option of an AMT 'box.

Renault is set to introduce the Kwid facelift shortly after the arrival of its biggest rival till date – the Maruti Suzuki S-Presso. And while Maruti Suzuki is expected to price the S-Presso aggressively, expect the Renault Kwid facelift to be priced slightly higher than that of the current car, which is priced at Rs 2.76-4.76 lakh (ex-showroom).

What do you think of the changes Renault has made to the Kwid facelift? Let us know in the comments.