The leaked image of the updated, international-spec Swift shows a mildly redesigned front grille and new alloys, among other tweaks. 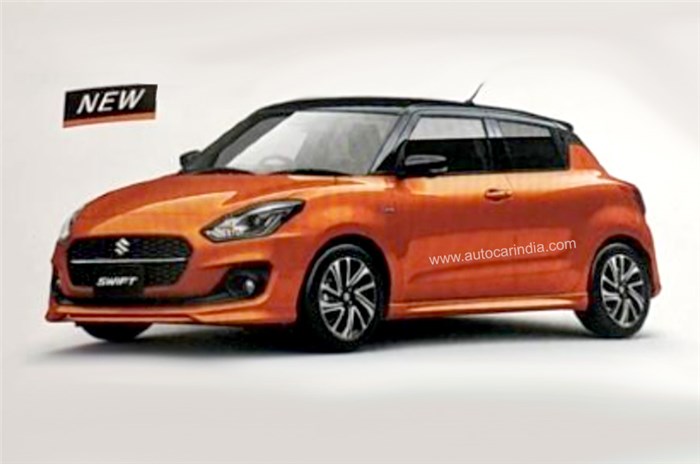 Suzuki has given its popular Swift hatchback a mid-cycle update for international markets. Images of the refreshed car have surfaced online, revealing minimal cosmetic tweaks among other changes.`

For starters, up front, the Swift gets a revised front grille with a honeycomb mesh pattern and chrome trim, along with a new, more aggressive front bumper. Other exterior styling tweaks include slightly reworked headlamp clusters and a new design for its alloy wheels. Changes to the interior are expected to be limited to seat fabrics and the dashboard trim.

The model seen in the images is for international markets such as Japan. It comes with a 48V mild-hybrid system, similar to the one that was showcased in India at this year’s Auto Expo.

In our market, the Swift is due for the same treatment in the coming months, given that its sedan sibling, the Dzire, recently got a mid-cycle update too. However, the India-spec Swift facelift may not look like the one seen in these images. It may even continue to offer the same alloys as the current car.

Expect the updated India-spec Swift to get minor styling tweaks along with the firm’s new BS6-compliant 90hp, 1.2-litre K12N DualJet petrol engine that was also introduced in the Dzire facelift. Gearbox options will include either a 5-speed manual or an AMT automatic gearbox. There will be no diesel engine option on the refreshed hatchback.

The Swift facelift’s India launch is expected to be later this year. Here, it will continue to rival the Hyundai Grand i10 Nios, Ford Figo and Volkswagen Polo as it did before.

Maruti Suzuki to restart production at Manesar plant on May 12