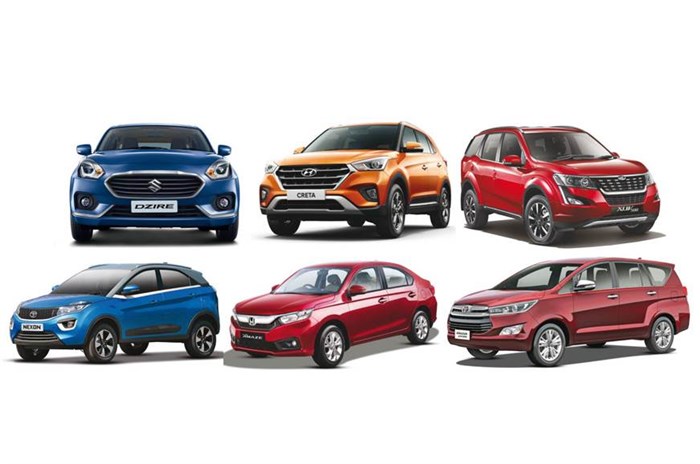 What started with a dip in passenger vehicle (PV) sales in June 2018 now threatens to hit the overall industry. The unprecedented sales slowdown has engulfed all vehicle segments in the Indian automobile industry, leading to a pandemic that is now impacting survival of businesses at the ground level.

Announcing another round of performance results on July 10, SIAM communicated the industry’s distressed situation and also released the wholesales numbers for June 2019, which paint a continuous red streak across all segments.

A slowing economy with GDP growth falling from from 7.2 percent in FY2018 to 6.8 percent in FY2019 and estimated to hover between 6 and 6.5 percent in H1 of FY2020 is what SIAM assesses as the root cause of this deep slowdown.

Poor consumer sentiment, low finance availability, drop in rural demand and increase in insurance cost are the key factors identified by SIAM for this dismal performance by the PV segment, wherein automakers have been on an inventory correction spree starting March this year.

Interestingly, the retail sales numbers as pulled out from the Vahan unified central server show that the situation has marginally improved on the ground with 7,83,409 PVs going to customers in the three-month period (April-June 2018: 7,98,823), observing a downturn of a substantially lower 1.93 percent in comparison. "It is a resultant of inventory correction methodologies that OEMs have been adopting over the past few months and now we need to arrest the de-growth," said Vishnu Mathur, director general, SIAM.

While an environment of political stability with the re-elected government and a slew of road and infrastructure projects lined up in the coming years give some hope to the industry, the proposals in the Union Budget 2019 were a missed opportunity to revive an ailing sector.

According to Rajan Wadhera, president, SIAM, "The PV segment has been de-growing for almost 12 months now and we don't see any signs of improvement as it is linked to the GDP performance of the country."

"The rural demand is going down more than the rate of de-growth in urban areas. We have seen this happen over the last two quarters. We had anticipated a reduction in GST base rates in the Budget allocation, which unfortunately didn't happen as it would have immediately helped revive demand in the market," Wadhera added.

Going by past precedence of receiving a tax cut by the government in the trying times of 2009 and 2011, industry was hopeful of an intervention this time as well.

"While we were hopeful that growth will come back and when it doesn't happen, we have to conserve our resources. There could be job losses and a lot of it has already begun at the dealer level," Wadhera said about the current situation. There were no talks of a concrete scrappage policy either in the Budget to push demand.

The automobile sector contributed a substantial Rs 1,20,000 crore in GST collection in FY2019 – over 10 percent of the total Rs 11,00,000 crore revenue generated by the government.

While SIAM had proposed a reduction in GST as an immediate step to resurrect demand, the government went ahead and hit the industry harder by increasing cess on petrol and diesel fuel by Rs 2 each per litre in an attempt to push e-mobility. Various sops including a reduced GST from 12 to 5 percent for electric vehicles was proposed in the Budget, with conventional technology left to bleed through.