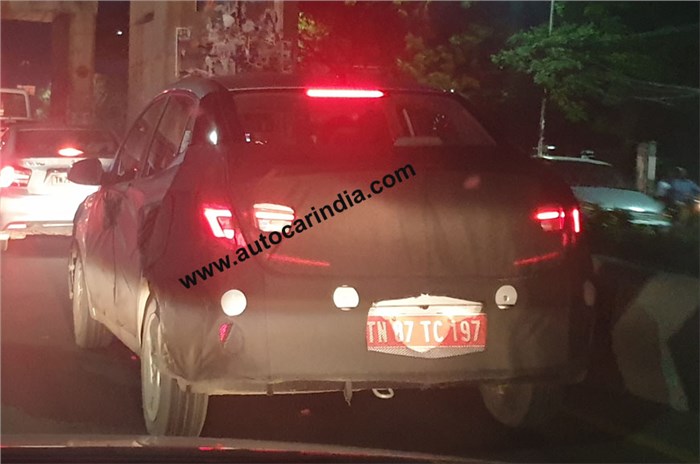 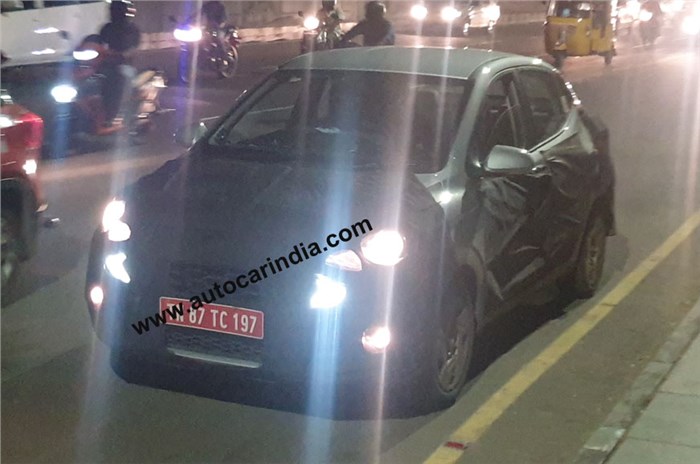 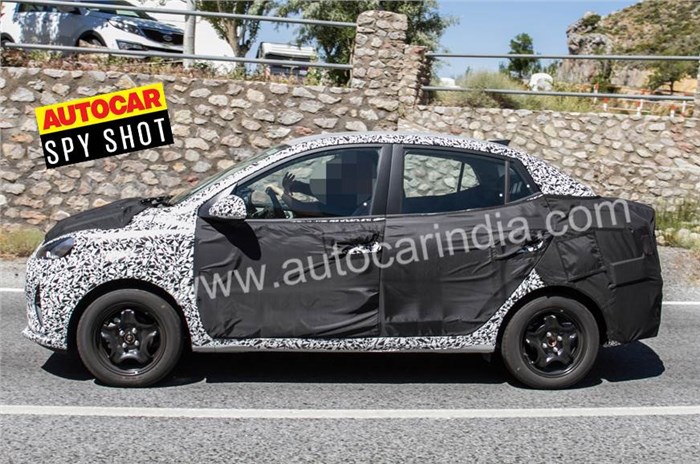 Hyundai's Xcent replacement could be one of the most stylish compact sedans sold in India.

Hyundai just took the wraps off the new Grand i10 Nios and the company has now begun road testing the hatchback's sedan counterpart in India. A few days ago, we brought you exclusive spy shots of the new Hyundai compact sedan being tested abroad. Today we bring you the first set of pictures of the model being tested on Indian soil. As reported by us earlier, the new Hyundai compact sedan will share most of its body panels with the new Grand i10 Nios. It now gets a typical three-box silhouette despite its compact dimensions.

First images of the car seen from the rear three-quarter angle reveal the stylish design of the sedan, which gets large wraparound lights (with LED elements) extending into the boot lid. It follows the styling direction of newer Hyundai sedans, like the Elantra facelift (also due in India soon), and now gets the number plate placed on its rear bumper instead of the boot lid. A closer look reveals decorative LED strips below the tail-lamps, which further add to the car's stylish looks.

Up front, the sedan gets the latest iteration of Hyundai’s ‘cascading grille’ – which is even taller and wider than the one on the current model and comes with honeycomb inserts instead of simple-looking slats seen on the hatchback. It gets a unique front-bumper design that merges with the grille, and gets a wide chin and a separate intake, which is not seen on the hatchback. The fog lamp inserts are vertically placed – similar to the ones seen on the Elantra facelift – with two plastic slats and round lamp units. It also features boomerang-shaped LED daytime running lamps placed on either side of the grille, similar to the Nios.

On the inside, the new Hyundai sedan will share most of its interior bits with the Grand i10 Nios, like the large 8.0-inch touchscreen infotainment system replete with features including Apple CarPlay and Android Auto. Higher variants will also get a wireless charging option. The Grand i10 Nios does not get Hyundai's Blue Link connectivity system. However, it remains to be seen if the company provides this service in this sedan counterpart. Additionally, the Hyundai sedan is expected to have different seat-colour options on offer, along with a rear armrest and separate headrests for second-row passengers.

The new BS6-compliant versions of the 1.2-litre Kappa petrol engine, as well as the U2 1.2-litre diesel motor, will see duty on the sedan. They are expected to come with AMT gearbox options as well.

According to sources, the new Hyundai compact sedan will most likely drop the Xcent name, which has become quite popular with cab aggregators. The current-gen Xcent will be available in lower trims for fleet requirements and will also be sold alongside the new compact sedan.

Key rivals to the new Hyundai compact sedan will include the likes of the Maruti Suzuki Dzire, Ford Aspire, Tata Tigor, and the upcoming Renault LBA compact sedan, which will hit showrooms in coming years.