2020 Mahindra Thar SUV will to be a completely new vehicle; expected to launch in the coming months. 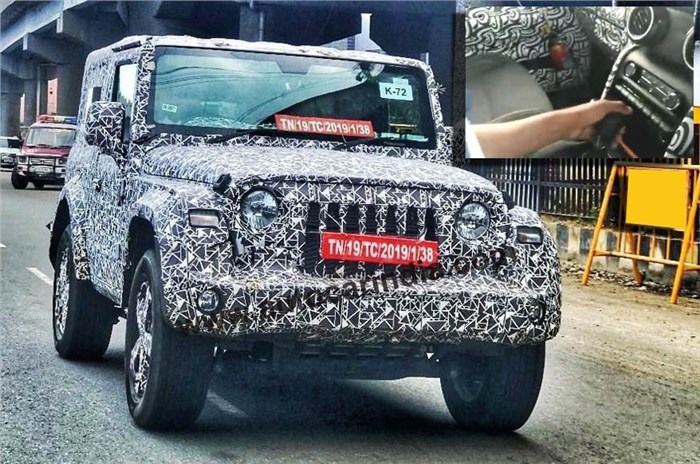 The all-new Mahindra Thar is easily one of the most highly-anticipated launches of the year. It was expectedto be revealed in full earlier this year, but the arrival of thenew-gen off-roaderwas delayed by the COVID-19 outbreak. The all-new Thar will now finally make its world premiere on August 15.

With the new Thar, Mahindra is looking to appeal to a wider audience. In a recent interaction with Autocar India, Dr.Pawan Goenka, MD and CEO, Mahindra and Mahindra Ltd, confirmed the new Thar will offer much more in terms of everyday comforts than the outgoing model. “The current (outgoing) Thar didn’t have many creature comforts, and with the new one, we wanted to make it a mainstream vehicle. Not the third or the fourth vehicle in a family. We had to bring in all the creature comforts, all the modern-day amenities and yet maintain the DNA of the Thar”, he stated.

Where the original Thar had few comforts to speak of, the new model will pack in a touchscreen infotainment system, a colour multi-info display, rear parking camera and power-folding mirrors. Standard safety kit will include dual airbags, ABS and rear parking sensors, while a factory-fitted, removable hard-top is also expected to be on offer.

While the original Thar was on offer only in diesel-manual configuration, the new Thar will be available with multiple engine-gearbox options, including petrol and automatics for the very first time. It will debut a new 2.0-litre petrol engine from Mahindra's mStallion family that will get a 6-speed manual as standard and the option of an automatic. It is expected that diesel-powered versions will, however, be the mainstay of the range. The diesel engine will be a near-140hp version of Mahindra’s 2.2-litre mHawk unit. A 6-speed manual gearbox will be standard while an Aisin-sourced 6-speed torque converter automatic will also be on offer. Both engines will be available with a four-wheel-drive system.

Goenka confirmed that the new Thar will be launched relatively soon. “We are working towards the timeframe mentioned (September – October)”, he added.