New Mahindra MPV launch in second half of 2017

All-new MPV from Mahindra (Codename: U321) to take on Innova Crysta; likely to come with carmaker's new 1.99-litre diesel engine. 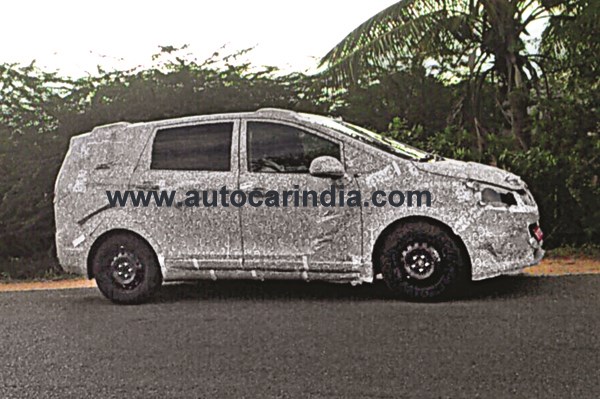 An all-new MPV from Mahindra has been sighted testing. In the June 2016 issue of Autocar India, we reported that Mahindra had begun work on a new MPV that would likely replace the aging Xylo. Now, fresh spy photographs confirm that the carmaker has indeed begun work on this new model. The vehicle was sighted near Mahindra’s vehicle development centre, Mahindra Research Valley, which is usually responsible for initial vehicle development and testing.

Going by the spy shots, this new vehicle has the traditional tall MPV stance with a long wheelbase and short front and rear overhangs for maximum interior room. Up front, the now-familiar Mahindra grille is an instant giveaway about its identity. The shape of the headlights resemble the recently-launched Mahindra Imperio pickup, while the bumper looks tall with a prominent air intake and provisions for fog lamps. It has a very cab-forward shape, with a relatively short bonnet, which again should translate to better interior room. Moving on to the sides, the glasshouse gives it a typical MPV look however, going by the recent Mahindra designs, the final design may end up getting a number of aggressive lines and slashes here and there in a bid to make the design more interesting.

There are no interior pictures out as of now, but one can expect ample room for eight passengers and segment-rivalling creature comforts and equipment-levels.

Mahindra, like other manufacturers, has seen the runaway success of the recently-launched Toyota Innova Crysta, despite it being banned in the Delhi NCR. What’s more, Mahindra also has an advantage of its new 1.99-litre diesel engine, which will most likely power this MPV, allowing it to be sold nationwide without any issue. Mahindra is also reportedly working on a larger-capacity petrol engine from the same new-generation 'mFalcon' family that originated in the KUV100, which could also find its way under this MPV's bonnet in the future.

Mahindra has announced that the new MPV will hit Indian showrooms in the second half of next year.