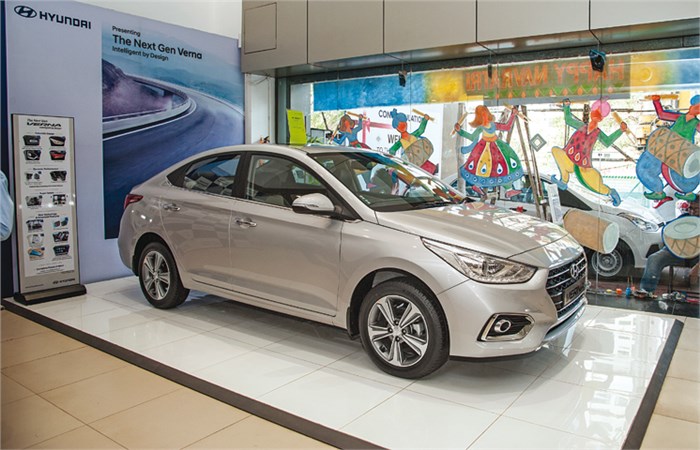 The new Hyundai Verna is available with a choice of fuel and gearboxes; diesel-auto leads the pack.

Hyundai launched the sixth-gen Verna in August. Within a few days of launch, the popular sedan gathered over 7,000 bookings, with the number now touching the 15,000-unit mark. At, launch, Hyundai had announced that the prices were introductory and would be revised once the bookings reach 20,000 units. However, due to the recent GST cess, a hike of around Rs 29,000 has already been implemented.

The new Verna is available with a 123hp, 1.6-litre petrol engine and a 128hp, 1.6-litre diesel mated to either a six-speed manual or auto transmission. Information gathered from dealers suggests customers in most major cities are opting for the auto variants with the diesel engine.

Hyundai is offering seven exterior paint shade options on the Verna, out of which silver, white and black are the most in demand. Just like its predecessor, the new Verna faces stiff competition from the likes of rivals such as the Honda City, the Maruti Ciaz, the Skoda Rapid and the Volkswagen Vento.