New cars and SUVs launched in 2018

Our list of the most important launches that took place in 2018 in India. 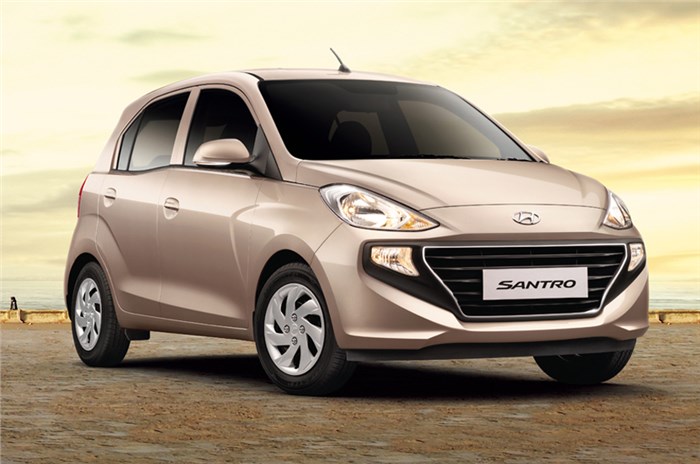 2018 has seen its fair share of launches – from the high profile to the highly anticipated; from all-new cars to mere one-off special editions. With the new year just around the corner, we take a look back at some of the most important and prominent launches that took place during the year.

However, do note that this list only takes into account the launch of all-new models – not facelifts and special editions.

The first all-new car to launch in 2018 was the Urus ­– Lamborghini’s new SUV. The Urus is the Italian supercar-maker’s second SUV, brought to life after a gap of nearly two decades – they did sell the LM002 back in the 1990s in international markets. While the Urus offers all the hallmarks that are typical of a Lamborghini i.e. eyeball grabbing styling and stellar performance, it also gets a mix of the practicality and off-road capability associated with an SUV. However, the Urus was only available in limited numbers for 2018 and all have already been sold out.
Also see:
2018 Lamborghini Urus India review, test drive
2018 Lamborghini Urus India video review

Lexus’ first launch of the year was its new range-topping luxury sedan. The Japanese equivalent to the Mercedes-Benz S-class, the LS looks radical, is very high tech and would appeal to the environmentally conscious as it is only available as a hybrid. Being a CBU import, though has made it quite pricey.
Also see:
2018 Lexus LS 500h review, test drive
2018 Lexus LS 500h video review

The Velar is a new style statement from the brand that brought us the attractive Evoque. Not only does the Velar look good, but JLR has loaded it up with tech. Sure, the twin-touchscreen system did find its way into the rest of the Range Rover models with their facelifts, but the Velar just made everything else seem a generation older at the time of its launch.
Also see:
2018 Range Rover Velar India review, test drive
2018 Range Rover Velar video review

Maserati joined the growing list of SUV-makers in India with the launch of the new Levante. Named after a warm Mediterranean wind, the radical SUV features gargantuan dimensions, a curvy design and loads of tech. Under the hood sits a 275hp, 3.0-litre V6 diesel engine capable of propelling the SUV, as per our review, to 100kph in 6.85 seconds.
Also see:
2017 Maserati Levante review, test drive
2018 Maserati Levante video review

While Mercedes went the way of offering the E-class sedan solely as a long-wheelbase model, BMW sought to offer both a regular sedan and a roomier derivate, which is what the 6 GT is. Essential a 5-series with a longer wheelbase and coupe-like roofline, the 6 Series GT is for those looking for a more spacious rear seat than the regular 5, but can’t spring for the more expensive 7 Series.
Also see:
2018 BMW 630d GT review, test drive
2018 BMW 6-series GT review, road test
2018 BMW 6-series GT India video review

The new Phantom is worth a king’s ransom, but the luxury offered by the Rolls is unmatched by anything else on the road. The new Phantom is big ­– the standard model is 5.7m long, while the LWB is almost 6m in length – domineering and highly customisable. A 571hp, 6.75-litre V12 also means that the heavyweight is no slouch either.
Also see:
2018 Rolls-Royce Phantom review, test drive
2018 Rolls-Royce Phantom video review

The 812 is the latest in a line of V12 powered GT cars from the Prancing Horse. With 800hp on tap, the car is not only the most powerful series production Ferrari to date, but as the name suggests, is very fast. 0-100kph comes up in a scant 2.9 seconds and the car has a top speed of 340kph.
Also see:
2017 Ferrari 812 Superfast review, test drive
2017 Ferrari 812 Superfast video review

The third-generation of the X3 follows BMW’s family design with cues, similar to what the larger X5 gets. The new SUV is larger than its predecessor, better equipped, more spacious and, as per our review, a more driver-focused SUV as well. The X5 is offered with a choice of 2.0-litre four-cylinder petrol and diesel engines.
Also see:
2018 BMW X3 India review, test drive
2018 BMW X3 India video review

Toyota’s long overdue midsize sedan, the Yaris, gets a sole petrol engine with either a 6-speed manual or CVT gearbox. The CVT option is available across all trim levels. However, the biggest talking point is that Toyota offers the sedan with seven airbags as standard.
Also see:
2018 Toyota Yaris review, road test
2018 Toyota Yaris video review

The new Amaze is a big step up from its predecessor. While the old Amaze shared its styling with the Brio, the new compact sedan gets a completely new design. The cabin is more spacious and better equipped than its predecessor too. While the engines are carried over, the compact sedan is the first in its segment to offer a diesel-CVT combination.
Also see:
2018 Honda Amaze review, road test
2018 Honda Amaze video review

The new ES is sleeker and more luxurious than the car it replaces. Based on Toyota’s TNGA platform ­– the same as the upcoming new Camry ­– the ES 300h is available solely as a hybrid and, being a CBU import, is priced at a premium as well.
Also see:
2018 Lexus ES 300h review, test drive
2018 Lexus ES 300h India video review

Mitsubishi hasn’t launched many new products in India over the last few years, making the Outlander the brand’s first new model in six years, joining the Pajero Sport and Montero. Unlike its stable-mates, the Outlander is offered with a sole 167hp, 2.4-litre petrol motor mated to a CVT automatic. While pricey, it rivals the likes of the Skoda Kodiaq and Ford Endeavour.
Also see:
2018 Mitsubishi Outlander India review, test drive
2018 Mitsubishi Outlander video review

Mahindra’s all-new MPV has been cleverly positioned and priced between the Maruti Suzuki Ertiga and Toyota Innova Crysta. The Marazzo is well-equipped, offered with a sole 123hp, 1.5-litre diesel engine and, as per the latest Global NCAP results, quite safe as well.
Also see:
2018 Mahindra Marazzo review, road test
2018 Mahindra Marazzo video review

The new Vantage looks stunning, sounds divine and is powered by a 510hp AMG-sourced V8 engine. Priced at Rs 2.95 crore (ex-showroom, Mumbai), the Vantage is the entry point to Aston’s range. Just 20 units were allocated to India in 2018­, making it quite an exclusive buy.

Ferrari’s new entry-level model is a 2+2 GT with 600hp on tap and a folding hard-top roof. The replacement for the California T, the Portofino is as at home at high speeds as it is at cruising boulevards.
Also see:
2018 Ferrari Portofino review, test drive

Mercedes’ first estate in India, the E 220d is based on the standard E-class (unlike the LWB E-class sold in India) and comes with rugged design cues. The All-Terrain sits on a raised suspension, gets four-wheel-drive and comes with a diesel only. A USP of the model is that the 194hp, 2.0-litre engine has modifications to make it BS-VI-compliant even while running on BS-IV fuel.
Also see:
2018 Mercedes-Benz E 220d 4Matic All-Terrain review, test drive

The new G-class may not look new to the uninitiated, but its heavily revised. It is powered by AMG’s 4.0-litre V8 that is about 13hp more powerful than the older model’s 5.5-litre V8 unit. The new G 63 is also more spacious and luxurious than the model it replaces, making it even more desirable than before.
Also see:
2018 Mercedes-AMG G 63 video review
2018 Mercedes-AMG G 63 review, test drive

The CR-V, now in its fifth generation, finally gets the option of a diesel engine, along with a third row of seats. The diesel unit is Honda’s 120hp, 1.6-litre four-cylinder motor, which is paired with a 9-speed automatic gearbox. While a 2.0-litre petrol mill is also, available buyers will have to forgo the third-row of seats.
Also see:
2018 Honda CR-V India review, test drive
2018 Honda CR-V India video review

The much-awaited Santro carries over the name, engine and tall-boy aspirations from its predecessor. The Tata Tiago rival has a well-appointed cabin (in top-spec form), is offered with the option of factory-fit CNG kit and, a first for Hyundai, is available with an AMT gearbox option.
Also see:
2018 Hyundai Santro review, road test
2018 Hyundai Santro video review

The M2 is BMW’s smallest and most affordable M car in India. Despite being powered by a detuned derivative of the M3’s engine, the M2 is quick. It takes a claimed 4.2 seconds for the 0-100kph sprint, and reaches a top speed of 250kph. It is priced more aggressively and out-powers its closest rival, the Porsche 718 Cayman.

The third-gen CLS features a more modern interpretation of its predecessor’s styling, along with being better equipped and more luxurious. Underpinned by the same platform as the new E-class, the CLS is also larger than its predecessor and is available with a sole 2.0-litre diesel engine that offers brisk performance. Mercedes claims a 0-100kph time of 6.4 seconds with a top speed of 250kph.

Unlike its predecessor, Mahindra has chosen to brand the new Rexton as a Mahindra. The Alturas is big, well-specced and priced just under its chief rivals ­– the Toyota Fortuner and Ford Endeavour. Mahindra is also looking to better and personalise the buying experience of its new flagship SUV by setting up a separate floor space.
Also see:
2018 Mahindra Alturas G4 review, test drive
2018 Mahindra Alturas G4 video review

Rolls-Royce’s first-ever SUV is also one of the most expensive in India. As with every other Rolls, it features the brand’s trademark grille, the Spirit of Ecstacy hood ornament and suicide doors. The cabin is similar to the new Phantom’s. Like the flagship sedan, buyers can customise their SUV to a very high degree. The Cullinan is also the first Rolls to offer four-wheel drive AND get dedicated off-road modes as well.