MG ZS EV prices to be announced early next year

In anticipation of the all-electric SUV’s market introduction, the British carmaker is also working towards bolstering charging infrastructure in India. 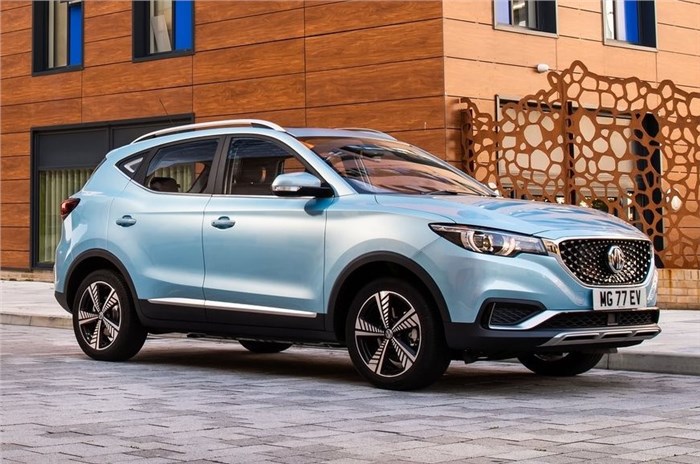 British automaker Morris Garages made its debut in the domestic market with the launch of the Hector midsize SUV, which despite a downturn in the industry, managed to garner a strong response from the Indian masses. Building on its success, MG had initially announced on introducing its maiden electric vehicle, the ZS EV, in India by end-2019. The company will announce pricing for the ZS EV early next year.

Furthermore, MG Motor recognises the lack of a robust charging infrastructure as one of the main impediments to the widespread adoption of electric vehicles in India. To that effect, the automaker recently announced that it will be collaborating with the domestic arm of Delta Electronics, a Thailand-based major renowned for its expertise in power electronics and automation, for the installation of AC chargers at private vehicle parking locations such as homes and offices.

Last month, the company had also revealed that it would be establishing the country’s first, 50kW DC fast chargers at select MG dealerships across the country in association with Finnish energy company, Fortum. Through these initiatives, it hopes to fulfill the charging requirements of prospective customers, which could enable the upcoming all-electric ZS to be seen as a viable, zero-emission alternative to conventional midsize SUVs.

Already on sale in the UK, Thailand and China, the MG ZS EV boasts of a 44.5kWh battery pack capable of delivering a range of 262km on the WLTP test cycle. Charging times are pegged at 7hrs (with 7kW AC supply) and 40mins (up to 80 percent with 50kW DC supply). Power is drawn through a 143hp/353Nm synchronous motor driving the front wheels via an automatic gearbox.

Touted to be available in only five Indian cities to begin with, the ZS EV is expected to be brought to our shores as a CKD and carry an estimated sticker price of around Rs 25 lakh (ex-showroom). As such, MG’s maiden electric offering will lock horns with Hyundai Kona Electric and the upcoming Nissan Leaf in our market.