Owners of the 300km-plus range EV will be able to charge the SUV at their homes and at dealerships, using charging stations set up by MG. 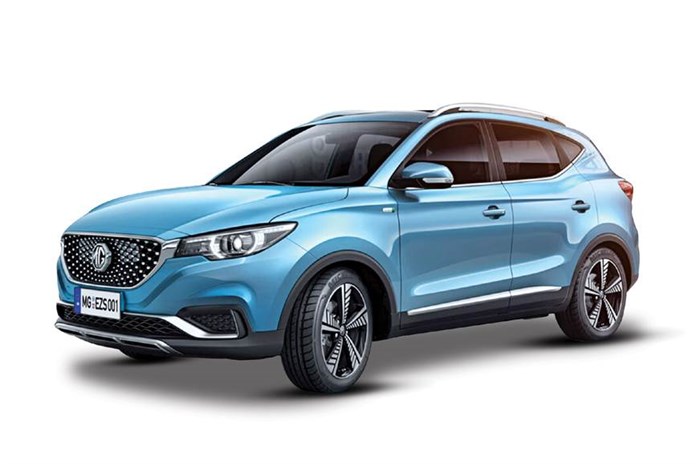 MG recently made its debut in India with the Hector midsize SUV, which not only takes on the likes of the Tata Harrier, Mahindra XUV500 and Jeep Compass, but also challenges the dominance of the Hyundai Creta. To further make its presence felt in the highly competitive Indian market, the British automaker has a slew other models lined up for launch. Of these, the eZS electric SUV will be MG’s second product to make it to our shores by December 2019. While most of this was common knowledge, we can now confirm that the EV will only be sold in five cities to begin with, including Delhi-NCR, Mumbai, Hyderabad, Bengaluru and Ahmedabad.

“We have to make a start. We cannot wait for infrastructure to develop and then launch the car. EV is the direction and the future. And from our perspective, luckily we have the technology and the product. So, why not take advantage of that and do it?”, said Rajeev Chaba, president and MD, MG Motor India, speaking on the subject of the upcoming EV. The eZS is touted to have a sizeable range of over 300km on a single charge, which should suffice for an average consumer. To further quench range anxiety issues, MG is adopting a two-pronged approach.

Firstly, it will collaborate with a domestic partner to help set up home charging points for eZS owners, at an additional cost. “From an infrastructure perspective, our goal is very simple. If the range is around 300km, then you can give the option to the consumer to charge at home every day. We will ensure that the charging infrastructure at the consumer’s place is done by us,” he added.

Additionally, MG has teamed up with Fortum, a Finnish energy company, to install the country’s first 50kW DC fast chargers at the carmaker's dealerships across the five Indian cities that will see the eZS launch. With their installation scheduled to be completed by September this year, the charging stations will be based on the European CCS and the Japanese CHAdeMO charging standards.

In addition to range and charging infrastructure, price is another factor that will play an important role in determining the EV’s success. “It will be a CKD,” expressed Rajeev Chaba, which means that MG has taken this into consideration and has worked on its strategy to bring down costs. Estimates peg the eZS’ price to be around Rs 25 lakh at the time of launch, which would make it a worthy competitor for the Hyundai Kona electric SUV that will see a market debut on July 9, 2019.