The 8th edition of the Mercedes-Benz Classic Car Rally was a mega affair of automotive greats. 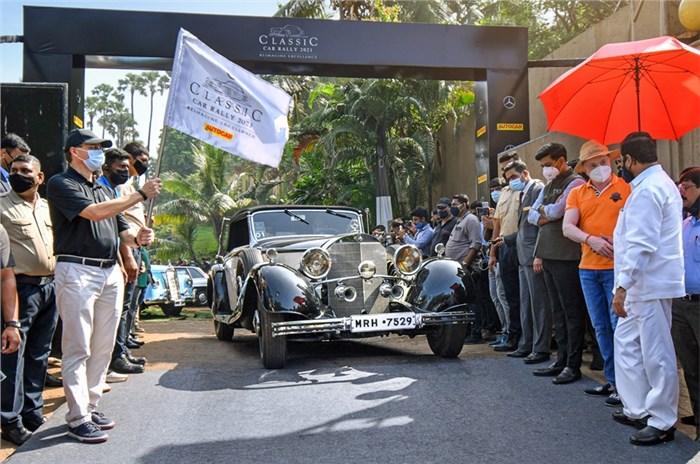 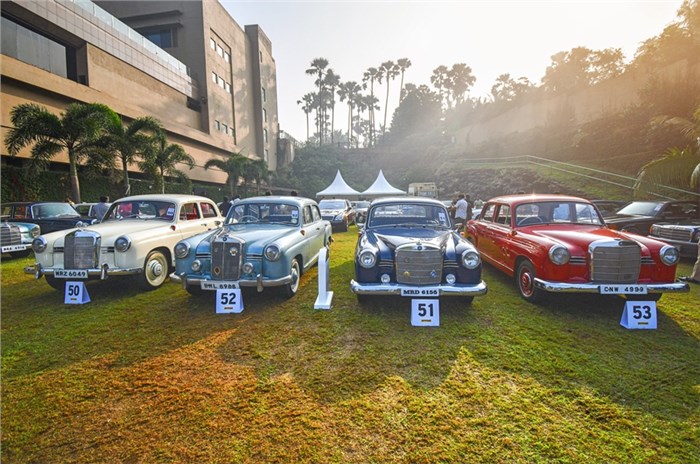 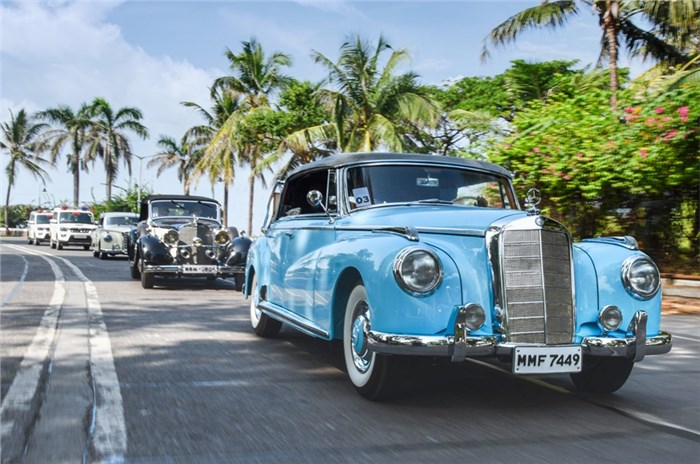 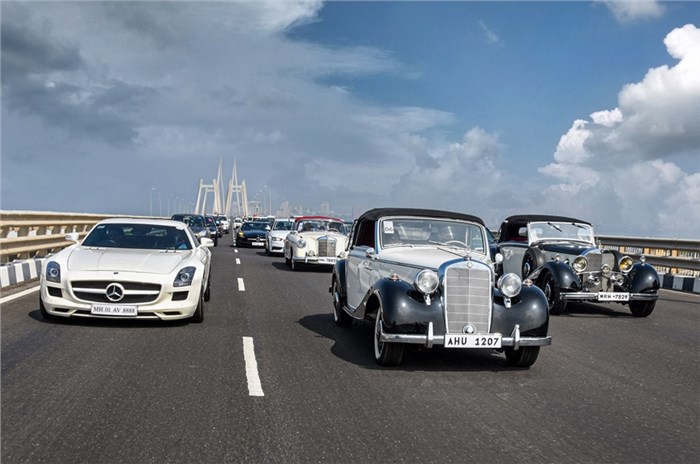 It’s impossible not to be star struck when in the presence of some of the greatest Mercedes-Benz cars of all time, and it is particularly overwhelming when over 60 three-pointed stars align. The eighth Mercedes-Benz Classic Car Rally (MBCCR) was held at the sprawling seaside lawn of Taj Land’s End in Mumbai on December 5, centred around the theme of ‘Reimagining Excellence’. A tall order, you’d think, but not when the stars of the show involve some legendary and outstandingly beautiful machines. 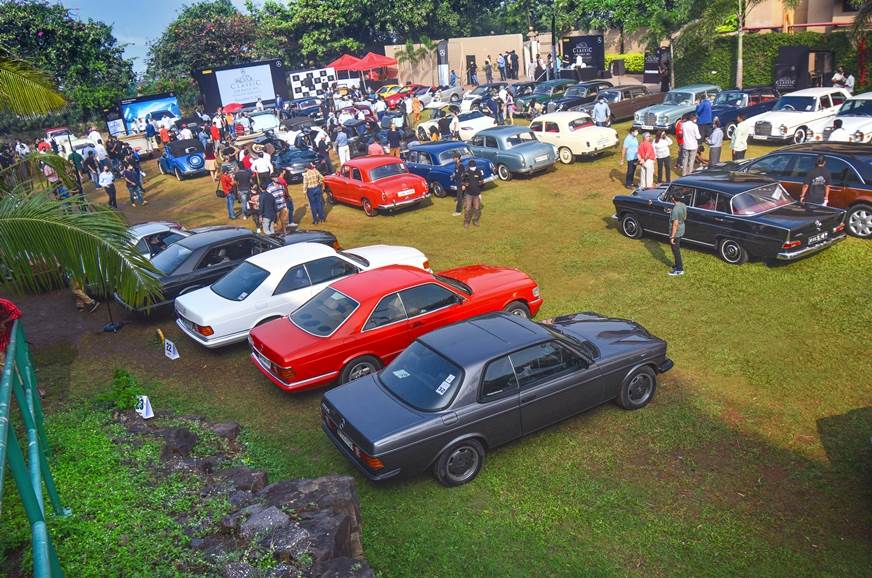 A pleasant Sunday sky shone upon a gorgeous assortment of classic Mercedes’ at this year’s MBCCR, with enthusiasts and proud owners of these machines amplifying the energy that this annual celebration brings about. Having tremendous entries representing every kind of classic Mercedes-Benz – from the 500K, a quartet of Adenauers (a pair of cabrios and limos each) to the 170V in every body style, C-Class, E-Class, S-Class and SL – the eighth edition MBCCR was surely a treat to the senses for fans of classic Mercs, many of whom had gathered along the parade route that formed a scenic seaside route between the Taj Land’s End in Bandra to the Worli Seaface.

Among the highlights of the show were a pristine W29 500K owned by Hormusji Cama, a trio of W186 Adenauers, belonging to Jam Sahib of Nawanagar, Gautam Singhania and Behram Dubash. The 1955 300 Adenauer Cabriolet belonging to Maharaja Jam Sahib was restored by Mayur Khasran and made its debut at the show while Gautam Singhania’s Adenauer, also making its debut, too was recently restored. Viveck Goenka, a regular at the MBCCR, brought along some of the finest in his enviable collection, which includes a Patent Wagen, a W108 280S,W111 230S Fintail, a pair of W180 220S Pontons and, most distinctively, the Unimog, which is a highly revered go-anywhere vehicle that has even made a mark on Dakar rally raids. Abbas Jasdanwalla’s Adenauer looked resplendent in the company of three impeccable Fintail S-Class models and four W120s. Also represented was every variation of the E-Class, making it a truly eclectic mix. 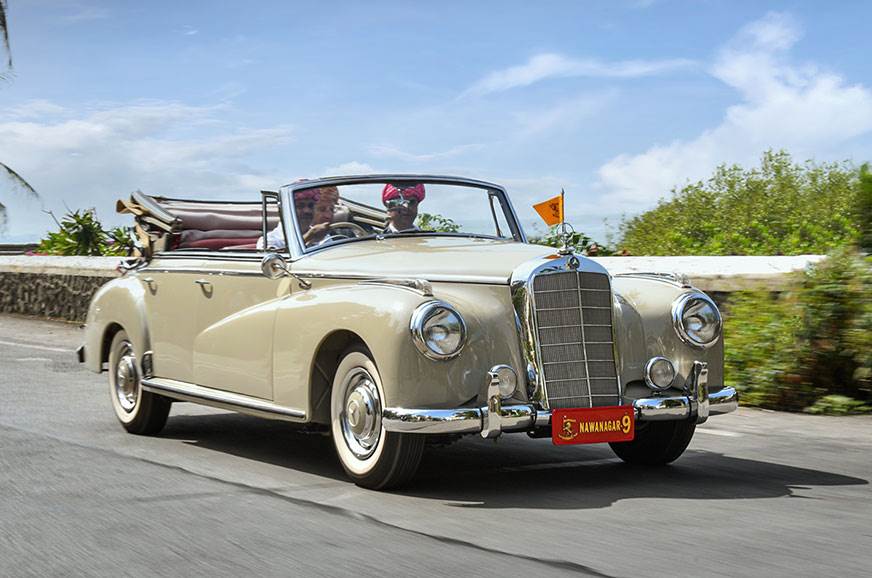 The rally was flagged off by the chief guest, Cabinet Minister of Urban Development and Public Works (Government of Maharashtra) Eknath Shinde, along with Martin Schwenk, managing director and CEO of Mercedes-Benz India. Esteemed guests present at the event were the Hon’ble Chief Justice of Bombay High Court Dipankar Datta, a classic car aficionado himself, along with Dr. Shrikant Shinde, Member of Lok Sabha.

“Cars and roads go together,” said Eknath Shinde. “Despite COVID-19, the state government has been focused on strengthening and expanding the road infrastructure. We are looking at creating a 5,000km access control grid that can get people and goods to their destinations in a safe and quick manner.”

Martin Schwenk compared the MBCCR to a rolling museum on wheels. “That’s what is so special about the rally – we put these magnificent cars on the road. And I never fail to be impressed by their beauty and how impeccably they are maintained. Our motto this year is ‘Reimagining Excellence’, and when I see this kind of excellence on four wheels, I feel the obligation and responsibility to transport that heritage into the future. Mercedes-Benz stands not only for history but also for the future,” said Schwenk.

According to Goenka, the MBCCR has been a godsend to classic car lovers. “Thanks to this rally, many Mercedes have now come out of the woodwork. There are cars being restored and it’s lovely to see them out on the roads and at events like this. Every year we see several new cars at the rally,” he said.

“This is my second time at the rally, and I have genuine admiration for how it brings knowledgeable lovers of classic Mercedes together. It is great to meet them and learn more about their cars,” said Pratapsinh Gaekwad, who brought along his beautiful W113 Pagoda.

Perseus Bandrawalla, curator, MBCCR, acknowledged the phenomenon that the event has evolved into over the years and said, “Reimagining excellence takes something truly special – like a classic Mercedes-Benz, which is the epitome of classic design language and future-oriented technology and engineering. At MBCCR, we celebrate the world’s most iconic Mercedes-Benz cars, and it is a delight to have them all – and their owners from all over the country, who are ever so enthusiastic about participating – come together to make this the most memorable Sunday of the year.”

Towards the end of a glorious Sunday, the owners, who meticulously contributed to making the show one to remember, were felicitated with certificates, trophies and memorabilia, as a token of appreciation from the organisers. Amid the ongoing pandemic, the eighth edition of the MBCCR followed strict social distancing protocol.

Which of these all-time greats is your favourite? Let us know in the comments below.