Despite the increasing domination of compact SUVs, Maruti Suzuki’s marketing and sales boss believes that the premium hatch segment can hold its own. 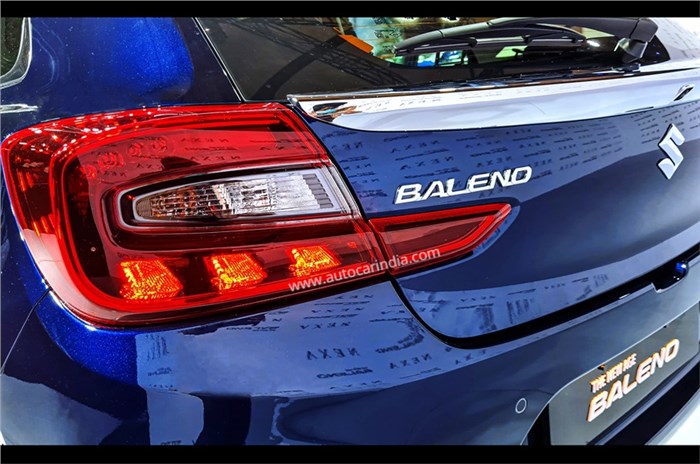 Maruti Suzuki recently launched the heavily updated Baleno at Rs 6.35 lakh-9.49 lakh (ex-showroom, India). The automaker’s premium hatch has been a leader in the segment for long, and Maruti expects it to continue its dominance with the 2022 refresh. Interestingly, even as the market shifts towards SUVs, Maruti continues to put its weight behind the hatchback segment.

In an interview with Autocar India, Shashank Srivastava, senior executive director, Marketing and Sales, Maruti Suzuki India, said that the premium hatch category has maintained its market share for the last few years, and that he expects this to continue.

With growing buyer interest in SUVs and introduction of a spate of new models in recent years, compact SUV sales have shot up. While the segment only contributed 8 percent to the overall car market in financial year 2019 (FY2019), its share shot up to 15 percent in FY21. In the January-December 2021 period, compact SUVs made up for 18 percent of the car sales in India.

With a sub-four metre footprint, and small capacity petrol and diesel engines, the market positioning of compact SUVs overlaps with that of premium hatchbacks. Still, the latter category has managed to hold its own.

“Just because the SUV segment is going up, it does not mean that every other segment is declining,” commented Srivastava. He added that despite the “great increase” in demand for the entry SUV segment, market share of premium hatches hasn’t budged – notably, it has remained around 11-13 percent since FY2019.

Instead, sedans have borne the brunt of rising interest in SUVs. “In the same period, sedans have declined from about 23-24 percent of the market to less than 9 percent this year,” stated the sales and marketing chief.

Over the years, the Baleno has maintained its title of the bestselling premium hatch in the country, with almost a 50 percent share in the segment. And Srivastava expects the model’s dominance to continue with the 2022 update.

In recent years, competitors have upped the ante on the equipment levels in their vehicles, raising buyer expectations. This has put Maruti on the back foot, until now.

“Consumers have been giving us feedback that we need to add more features. That’s a common criticism for some of our products, even though we have tried to increase the number of features in the last few years,” said Srivastava.

Maruti seems eager to turn the tables, then, with the new Baleno. “In the 2022 Baleno, you find some segment-first features. The head-up display (HUD), for example, is the first in this segment, and we have also introduced the 360-degree camera.” Moreover, the Baleno will come packed with an improved infotainment system, a larger (9-inch) touchscreen and connected car tech.

However, despite packing some segment-first kit, the Baleno misses out on some features, like a sunroof, digital instrument cluster, wireless charging and ventilated seats, that a few rivals offer.

The Baleno hatchback was first introduced in October 2015, and by November last year, the model had crossed the one million sales mark. Srivastava mentioned that over the years, “the average age of the Indian customer buying the model has come down. So, in that sense, the Baleno has a younger audience now.”

Catering to a younger demographic, there has also been an increasing need for greater levels of tech in the cabin. “The exposure of the Indian consumer to tech has become very high. It may not be related directly to cars, but since developments have occurred elsewhere in the environment, like the smartphone world, consumers want it.” And it is this very requirement that Maruti aims to fulfill with the 2022 Baleno.

Would you choose a premium hatch over a compact SUV? Let us know in the comments below.

If Maruti were serious about climate change, they would have released hybrids or even full EVs in market by now !

If Maruti were serious about climate change, they would have released hybrids or even full EVs in market by now !