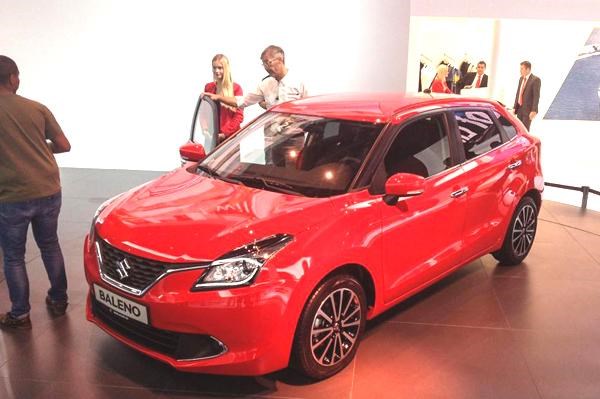 Maruti’s i20 fighter to come with petrol and diesel engines; will also get a petrol CVT option.

Maruti’s second offering via the Nexa showrooms will be the upcoming Baleno hatchback. To be launched on October 26, 2015, the Baleno will be aimed squarely at the Hyundai i20 and Honda Jazz. Bookings for the Baleno have commenced in all Nexa outlets.

The Baleno measures 3,995mm in length, 1,745mm in width and is 1,470mm high, improving on the Swift's length and width of 3,850mm and 1,695mm respectively. Boot space too is larger at 355 litres. The Maruti Baleno sits on an all-new platform that will also underpin the new Maruti YBA compact SUV, as well as the next-generation Swift.

In India, the Baleno will initially be powered by the familiar 1.2-litre petrol and the 1.3-litre diesel in the 73.9bhp guise, and the Boosterjet-equipped model will follow later. For the first time, the 1.2-litre petrol model will come with the option of a CVT gearbox. The diesel Baleno is likely to come to India with the newly launched SHVS fuel-saving technology as standard.

Like the recent Maruti offerings in India, the Baleno will come loaded with adequate creature comforts, depending on the variant. Higher-spec variants of the Baleno will get daytime running lamps and LED tail-lamps – a first from Maruti. The other good news is that Maruti will give the car 16-inch wheels, at least on the top spec.

On the inside, the Baleno’s dashboard gets a neat and uncluttered design. It features silver accents on the centre console. Higher trims will come with a 7.0-inch SmartPlay infotainment system that will be equipped with Apple CarPlay as well – a first for any car in India. There's a separate circular digital display for the HVAC controls.

The Maruti S-Cross which was Maruti’s first offering through Nexa outlets received a mediocre response. However, it now remains to be seen as to how Maruti balances the premium price equation for the Baleno while keeping it competitive against its rivals.