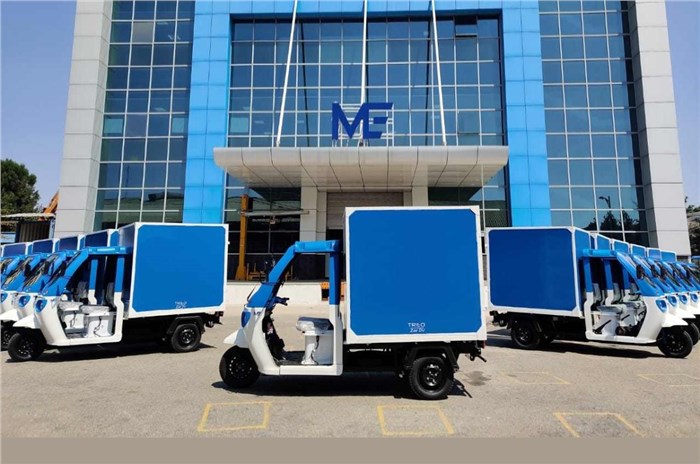 Amazon India has announced a partnership with Mahindra Electric to strengthen its commitment towards electric mobility in the country. As part of the partnership, Amazon India has deployed Mahindra Treo Zor electric three-wheelers in seven cities including Bengaluru, New Delhi, Hyderabad, Ahmedabad, Bhopal, Indore and Lucknow.

In September 2019, Amazon became the first signatory of the Climate Pledge, which states that the company will be net zero carbon by 2040 across its businesses – a decade ahead of the Paris Agreement’s goal of 2050. By joining ‘The Climate Pledge’ and agreeing to decarbonise on a faster time frame, signatories will play a critical role in stimulating investment in the development of low-carbon products and services that will be required to help companies meet the pledge. In support of The Climate Pledge commitment to be net-zero carbon by 2040, 10,000 Amazon custom electric delivery vehicles will be on the road delivering to customers worldwide as early as 2022, with 1,00,000 units expected by 2030.

The Mahindra Treo Zor was launched in October 2020 and comes with a 7.37kWh lithium-ion battery pack that powered an electric motor rated at 8kW (10.8hp) and 42Nm. Mahindra Electric claims the battery will change to 100 percent in 3 hours and 50 minutes in standard conditions, and can go 125km on a single charge. Mahindra says its all-electric three-wheeler has a number of highest-in-class, industry-best and segment-best attributes – a 550kg payload, a 675mm loading height, 12-inch wheels and a 2,216mm-long wheelbase.

Why do EVs not have gearboxes?

New Mahindra XUV500, Scorpio launch could be delayed due to semiconductor shortage