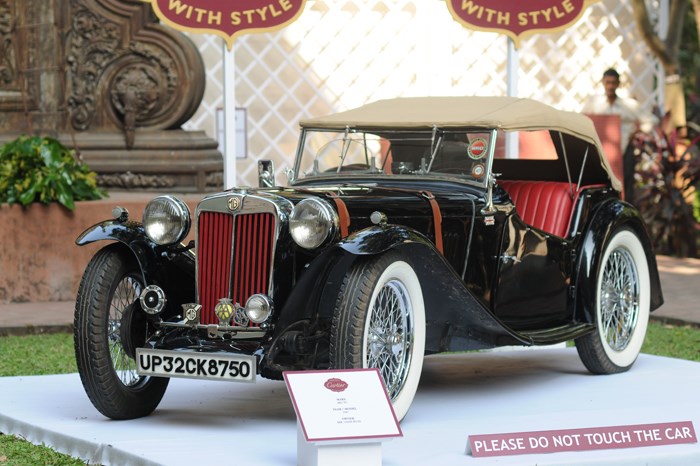 Come February 2013 and Mumbai will play host to the third edition of the Cartier ‘Travel with Style’ Concours d’Elégance. Previously held at Mumbai in 2008 and in New Delhi in 2011, the Cartier Concours d’Elégance is a vintage car exhibition and competition that features some of India’s rarest automobiles. The 2013 edition’s judging panel will include the likes of racing legend Sir Stirling Moss, HRH Prince Michael of Kent, Lapo Elkann of Fiat and Pebble Beach Concours Chairman Sandra Button, among others.

The cars will be presented in the Pre-War Classics, Post-War Classics, Roadster and Indian Heritage classes. There will also be a category featuring cars built specially for use by Maharajas on hunts. The 2013 event will also see the addition of the Edwardian Class which will include large cars manufactured before 1919 from grand marquees like Rolls-Royce. Among the cars on display will be the Maharaja of Kalahandi’s Phantom II with brocade interiors and bodywork from Thrupp and Maberly. And this will be the first time this rare car will be displayed in over 70 years! Other rare gems will be the Maharaja of Jodhpur’s Rolls Royce Phantom II Windover convertible and the Maharaja of Bikaner’s hunting car. The display will also include a few models from the expansive collection of the late Pranlal Bhogilal – India’s first vintage car collector – who will be posthumously honoured at the exhibit.
The 2013 Concours will introduce the motorcycle category for the first time. The display, that will be presented as Pre-War Classics, Post-War Classics and Racing Motorcycles, will include some of India’s best-preserved motorcycles.
Speaking to Autocar India, noted car restorer and Concours d’Elégance curator Manvendra Singh Barwani said, “There’s a great deal of interest from the international media for the upcoming Concours. Unlike in Europe and USA, where these cars are put on auction every couple of years, the vintage cars in India are still used by their original owners. The Indian cars have a genuine connect which makes them all the more special.”
Manvendra Singh was also happy to note the interest for such cars in India is growing. Mark Shand, event director, also expects the third edition of the Cartier Concours to help the cause. “We are now ranked alongside some of the most famous International Concours such as Pebble Beach and Villa d’Este, exhibiting over 60 of the rarest and best preserved vintage automobiles from across India. The Cartier ‘Travel with Style’ celebrates the remarkable design and craftsmanship of these cars and the total Indian essence, which I think makes it more interesting and different from other Concours. I can assure you it will get better and better each year.”
As before, entry to the Concours d’Elégance will be by invite-only. However, this year for the first time, the organisers will have a very limited number of passes up for grabs for genuine enthusiasts. Those interested must send their request to concoursindia@gmail.com.