MG Motor's first SUV for India was seen during a promo shoot with actor Benedict Cumberbatch behind the wheel. 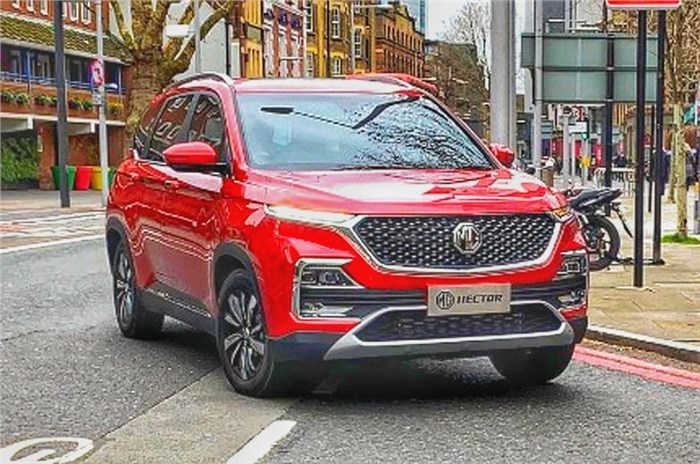 The MG Hector will launch in India later this year. 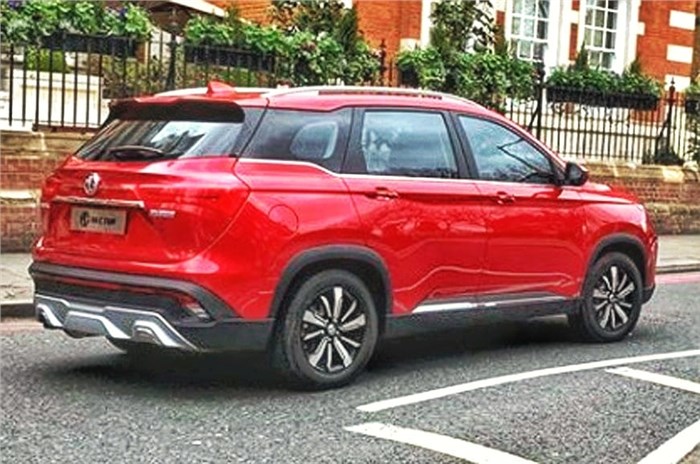 The SUV will come with a petrol and a diesel engine. 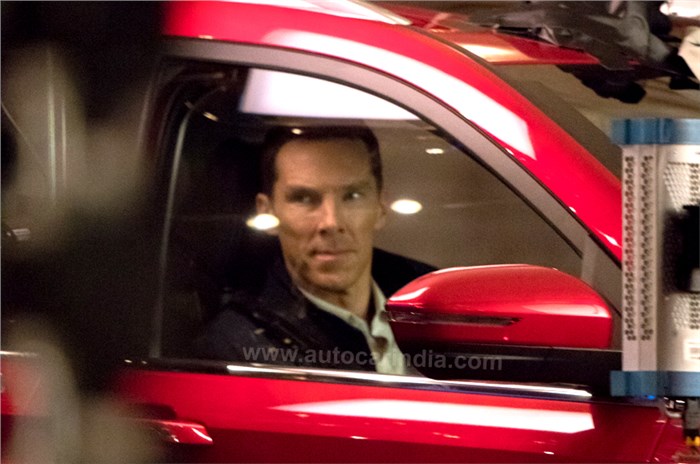 Actor Benedict Cumberbatch was seen "driving" the Hector during its TV commercial shoot.

MG Motor India is still in the process of giving final touches to the MG Hector SUV, but a close-to-production-spec model was recently seen during a shoot for a TV commercial with actor Benedict Cumberbatch at the wheel.

As reported by us months ago, the MG Hector shares its underpinnings and body panels with the Baojun 530 SUV. MG Motor India has tweaked the looks of this SUV subtly by adding a new signature grille with a honeycomb design and a large 'MG' logo at the centre. The Hector also gets additional chrome trim on the front bumpers along with a brushed aluminum faux skid plate at the front and on the rear bumper. The model gets diamond cut alloys as well. The Hector also gets LED projector headlamps, LED daytime running lamps and a shark-fin antenna.
Powering the SUV will be a 1.5-litre petrol motor and an FCA-sourced 2.0-litre diesel engine as well.
Gearbox duties will be carried out by a dual-clutch automatic gearbox that has been developed in-house by MG-SAIC and will be available on the petrol-powered Hector. Also on offer will be a six-speed manual. This gearbox will come with a Sport mode and paddleshifters too. Sources tell us that MG Motor has tested this transmission for over 2.6 million km globally.
MG Motor India is expected to load the SUV to the gills to make it appealing to customers who have choices like the Hyundai Creta, the Jeep Compass and the Tata Harrier, which fall in the same price bracket. The MG Hector will come with two choices of sunroof - a smaller one for the lower trims and a largest-in-class panoramic sunroof on the top trim. It will be fitted with a large, tablet-style, 10.4-inch touchscreen infotainment system that'll handle climate control adjustment tasks as well.
Additionally, goodies like a 360-degree camera, a Harman Infinity audio system with four speakers and four tweeters with a subwoofer, steering-mounted controls, push button start and keyless go, cruise control and tyre pressure monitoring system are expected to be seen on the MG Hector SUV.  There will be leather upholstery on offer as well, along with soft-touch materials on the door and the dashboard.
The MG Hector SUV is scheduled to go on sale in India sometime by the middle of this year. MG Motor is in the process of readying its India showrooms and they are expected to be inaugurated in the coming months.
Source