The stretch lies on the NH 53 between Amravati and Akola in Maharashtra and was built in a record time of 105 hours and 33 minutes. 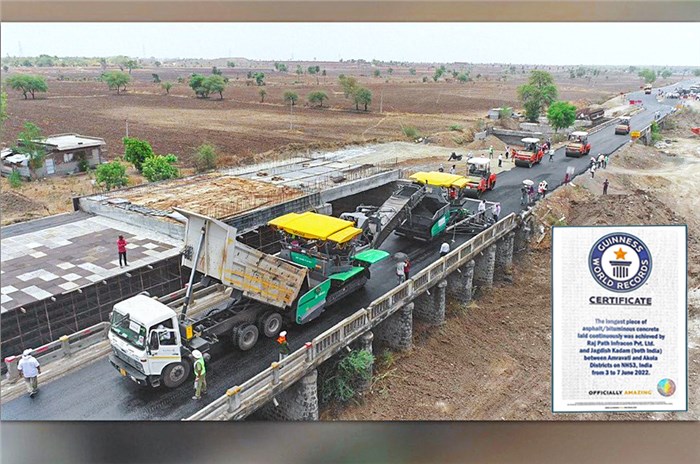 The National Highway Authority of India has created a Guinness World Record by successfully completing construction of 75km of continuous bituminous concrete road in a single lane in less than five days.

Union Minister for Road Transport and Highways Minister Nitin Gadkari said 720 workers, including a team of independent consultants, worked on this project. This particular stretch lies on the NH 53 between Amravati and Akola in Maharashtra. The feat was achieved in a record time of 105 hours and 33 minutes.

The total length of the 75km of single-lane continuous bituminous concrete road is equivalent to 37.5km of two-lane paved shoulder road. Work for the same started on June 3, at 7:27am, and was completed on June 7, at 5pm, as per the minister. The NH 53 connects cities of Kolkata, Raipur, Nagpur, Akola and Surat.

The record was previously achieved by the Public Works Authority (Ashghal) of Qatar for constructing a road that's part of the Al-Khor Expressway and it had taken 10 days to complete the task.