While there is unanimity about the eventual shift away from IC engines, India’s auto makers have differing views on whether hybrids or EVs are the way forward. 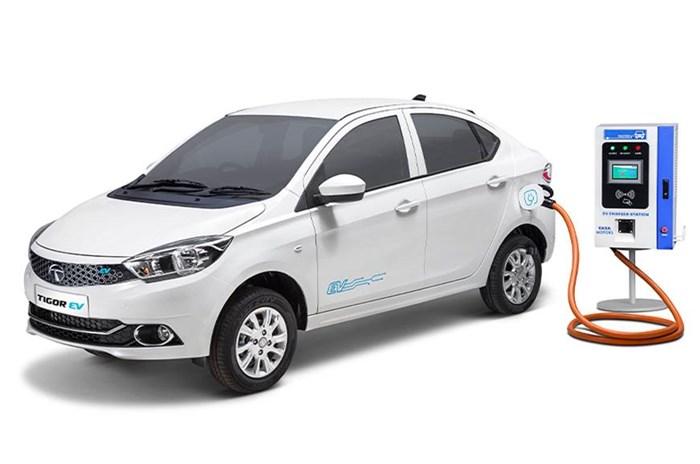 As India Auto Inc continues to grapple with ever-tightening emission regulations spurred by efforts to curb pollution, there is a general consensus among major automakers about the eventual shift away from conventional internal combustion (IC) engines. Electrification, at this point, seems to be the only way possible to strike the right balance between the need of mobility and that of reduced environmental impact.

However, the strategy of introducing electrical technology in the modern automobile is resulting in two drastically different approaches being adopted and advocated for in the Indian automotive industry. On one hand, automakers like Suzuki and Toyota are placing their faith in hybrids that use electric motors, auto start-stop functions and energy recuperation systems to eke out greater fuel efficiency from petrol and diesel engines, thereby reducing pollution. On the opposite end, homegrown players like Mahindra and Tata are betting big on electric vehicles (EVs) to reduce dependence on fossil fuels.

Let’s take a closer look at the rationale behind the stands of each of the carmakers.

Suzuki and Toyota push for hybrids

The Japanese auto major Suzuki firmly believes that, at least in the near future, hybrids are the way to go. The company claims to have found much success in improving the performance and fuel efficiency of its vehicles with the aid of mild hybrid systems, and with plans of introducing stronger hybrids down the line, it expects results to get even better.

Estimating the price of a viable EV to be almost twice of a conventional vehicle at the prevalent cost structure, the company doesn’t currently see the business case behind EVs. This is further amplified by the lack of an adequate charging infrastructure in the country.

However, with larger adoption of hybrids, greater scale and localisation of common components, costs could come down and ultimately pave the way for EVs. “One way to build scale is that you have many common parts or systems between EV and hybrid. So hybrid can drive this going forward. It has happened in many markets; I don’t see anything different happening with India,” C V Raman, senior executive director (Engineering), Maruti Suzuki India told Autocar India.

Toyota, which is globally renowned for its hybrid systems in models like the Prius and Corolla, shares similar sentiments. In an exclusive interview with Autocar India, N Raja, deputy managing director, Toyota India, commented, “With EVs, the main challenge is infrastructure, charging stations, charge times – all this has solutions in hybrid.” The company believes hybrids to be “the most practical solution for reducing the fuel consumption and curbing pollution.”

In view of their common strategies, Suzuki and Toyota are planning to make a big push for hybrid vehicles in India with the local procurement of hybrid systems, engines and batteries. Toyota also plans to supply its hybrid system to Suzuki.

One of the biggest hurdles to the proliferation of this technology in the country has been the high tax rates on hybrids vis-à-vis EVs which attract a significantly lower GST of 5 percent. However, this could change if a recent claim made by the Minister of Road Transport and Highways – citing a possible consideration about GST reduction on hybrids – were to come through.

In stark contrast, homegrown automaker Mahindra has taken a call to invest significantly in electric vehicles. “I don't think that one should confuse hybrid and electric vehicles as a two-part process. One does not have to go to hybrids to get to electric. The world did it only because at that time, electric technology had not matured, but now it has matured. So, there is no reason why we have to do hybrid first before we do electric,” said Pawan Goenka, managing director, Mahindra & Mahindra at a recent industry event.

Another rationale provided by Mahindra in its pursuit of EVs is the introduction of more stringent CAFE (corporate average fuel economy) norms in 2022, under which EVs would prove to be much more effective than plain hybrids.

On similar lines, Tata Motor too is bullish about its stand on EVs. The carmaker is planning to launch as many as four electric vehicles in the next 18 months. This includes all-electric versions of the Nexon compact SUV and upcoming Altroz hatchback, a more powerful iteration of the Tigor EV (which, in its current form, is available only for commercial registration) and a fourth, undisclosed model.

What will be interesting to see how the two opposing strategies pan out in the Indian automotive landscape.

Hybrid or full battery electric vehicle – which in your opinion is the way forward? Let us know in the comments section below.