Hyundai India is all set to commission the in-house design studio at its Gurugram headquarters from October. 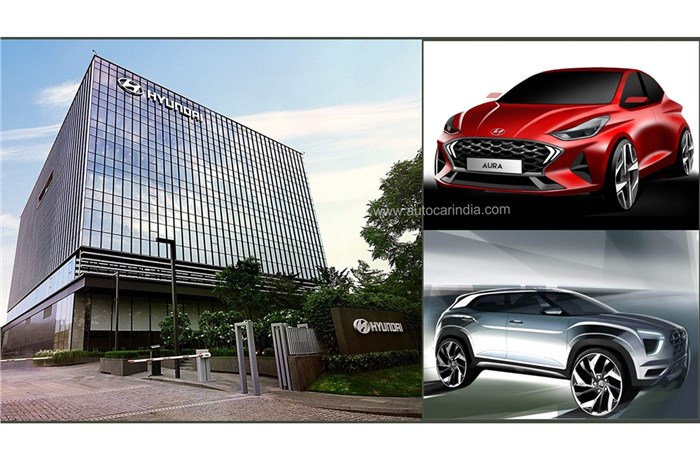 Earlier in July this year, Hyundai Motor India inaugurated its new corporate headquarters in Gurugram, Haryana, with an investment of over Rs 1,000 crore. The carmaker is now all set to commission the in-house design studio at this premise from October.

According to sources, the company is in the process of shifting its vehicle styling and design teams from its existing R&D centre, located in Hyderabad, to the new world-class facility, in Gurugram. As per our sister publication Autocar Professional, the in-house design studio will house both exterior and interior styling teams – part of Hyundai Motor India’s R&D function.

It is likely that the shift will help Hyundai Motor India’s product planning and marketing teams get closer to its design and development function, to concurrently work on tapping market trends. The proximity will aid better ideation and quick delivery of design changes, as per market research and customer feedback.

Hyundai’s new corporate HQ in India is based on modern-day architecture and spreads over 28,000 square metres. With plentiful natural lighting, a vertical garden and high-standard minimalist interior decor, it is designed to invoke a sense of harmony and creativity among employees.

While Hyundai’s global vehicle design continues to be driven by its design centre in South Korea, local studios like those in India play a key role in gauging market-specific tastes and trends. For instance, the third-generation Hyundai Santro introduced in India in 2018, was claimed to have an elephant-inspired centre console, taking cues from the Indian deity Ganesha.

The carmaker claims its global network of designers draw inspiration from major cities in key markets such as the US, Europe, Japan, China and India.

Hyundai does not have any major launches lined up for India for the remainder of 2021. However, come 2022, Hyundai has plans of launching the Kona EV facelift among other models.

Self -driving Hyundai Ioniq 5 robotaxi to start operations in 2023