We compare the Hyundai Grand i10 Nios to Maruti Suzuki’s Swift and Ignis, and Ford’s Figo, on paper, to see how it fares when it comes to price and fuel efficiency. 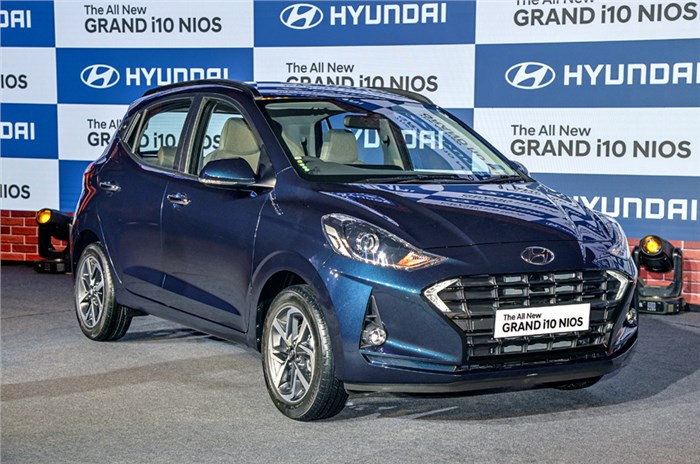 We compare the new Hyundai Grand i10 Nios to the Grand i10, Maruti Suzuki Swift, Ford Figo and Maruti Suzuki Ignis, on price and fuel efficiency, to find out how well it matches up.

Ford’s Figo definitely has the advantage in terms of petrol powertrains – its 1.2-litre and 1.5-litre engines may be down a cylinder compared to the others, but it has the highest output figures by far. The Ford is also the only model here to come with a torque convertor automatic; the new Hyundai and the Marutis get a 5-speed AMT option. For now, the Swift and the Grand i10 Nios are the only models to get a BS6-compliant petrol motor, though Maruti’s upgraded K12B mill from the Swift will be introduced on the Ignis soon.

What we can see here is that the Maruti Suzuki Swift is still the most fuel-efficient hatchback in the segment, returning 21.21kpl. It is followed by its premium stablemate, the Ignis, which delivers 20.89kpl. The new Hyundai Grand i10 Nios secures third place, with 20.7kpl for the manual and 20.5kpl for the AMT. This means it improves on the current Grand i10’s figures, despite being BS6 compliant, which is interesting considering Maruti Suzuki’s BS6-compliant K12B motor is slightly less efficient than the BS4 version. The Ford Figo comes in fourth, as its efficiency is rated at 20.4kpl (manual) and 16.3kpl (auto). The current Hyundai Grand i10 petrol comes in last, with a fuel efficiency figure of 19.77kpl.

NOTE - The petrol-auto combo of the old Grand i10, which has been discontinued, was rated at 17.49kpl.

Coming to the diesel engines, only the Hyundai Grand i10 Nios, Maruti Suzuki Swift and the Ford Figo are offered with diesel units. The Figo’s is the largest and most powerful but it is also the least efficient out of the lot; it also misses out on a diesel-automatic option. As expected, it is the Swift that has the most efficient unit with a rating of 28.4kpl in both manual and AMT form. The Grand i10 Nios comes in next, with its diesel engine returning 26.2kpl in both, manual and AMT forms. It is worth noting that all the diesel engines are only BS4-compliant, though Hyundai has confirmed that its U2 1.2-litre motor will be upgraded to BS6 form by February next year.

NOTE - The now-defunct diesel variant of the last-gen Grand i10 had an ARAI rated mileage of 24.95kpl.

*All fuel-efficiency figures are ARAI rated.

Compared to the now-discontinued base variant of the Grand i10, starting prices for the Grand i10 Nios are just about Rs 1,000 more, while the top-spec variants are about Rs 36,000 more expensive. However, going forward, Hyundai will only offer the Grand i10 in the mid-spec Magna, Sportz and Sportz Dual-Tone variants, which means that its prices fall smack in the middle of its petrol-powered rivals.

On paper, it seems like Hyundai has introduced an excellent addition to its line-up that fares well against its rivals in the segment. However, a proper features comparison, road test and an on-road comparison will be necessary before we can come to a definite conclusion. 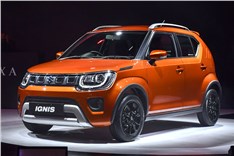 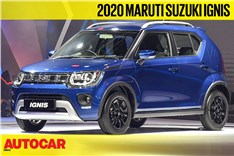