We compare the new Hyundai Alcazar against its peers, in terms of specifications and price. 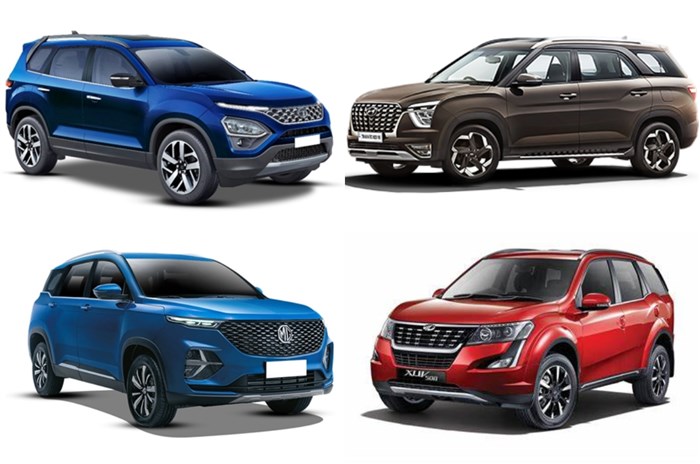 Hyundai has finally launched the Alcazar SUV, with prices starting at Rs 16.30 lakh (ex-showroom, India). Based on the Creta, the Alcazar is available in three trim levels, with a six- or seven- seater layout and two engine options.

The Alcazar enters the three-row seat SUV segment, which will see it compete against the likes of the Tata Safari, MG Hector Plus and Mahindra XUV500. Read on to see how Hyundai’s newest SUV compares with its rivals.

In terms of dimensions, all SUVs here measure around 4.5 metres. However, it’s the MG (4,720mm) that is the longest, while the Hyundai (4,500mm) is the shortest in this comparison. The Tata Safari is the widest (1,894mm) and the tallest (1,786mm) of the lot, narrowly beating out the Mahindra XUV500 in both aspects, which is 1,890mm wide and 1,785mm tall. The new Hyundai Alcazar, however, boasts of the largest wheelbase (2,760mm) here, which is 10mm larger than its nearest competitor in this aspect, the MG Hector Plus. Finally, all SUVs here in their top-spec forms come with 18-inch alloy wheels.

All competitors make use of four-cylinder, turbocharged diesel motors. But, it’s the Mahindra that has the largest displacement engine, at 2.2-litres. The XUV500’s diesel engine also produces the most torque, at 350Nm. Meanwhile, both, the Tata and the MG, use a Fiat-sourced 2.0-litre unit. While it may be down on torque compared to the Mahindra’s engine, the Safari and the Hector Plus have the most powerful engine here, producing 170hp.

The Hyundai Alcazar has the smallest diesel engine in this comparison and that is reflected in its output. The power (115hp) and torque (250Nm) are significantly down when compared to the others.

In terms of gearboxes, all SUVs here come with a 6-speed manual unit. They all also feature the option of a 6-speed torque converter automatic, barring the MG Hector Plus. It’s also worth noting that all these SUVs are front-wheel drive only. The XUV500 used to be offered with an all-wheel drive option earlier, but that was discontinued in its transition to BS6.

In this comparison, it’s only the Alcazar and Hector Plus that come with petrol engine options. The Alcazar’s 2.0-litre petrol engine is of larger displacement and is naturally aspirated whereas the Hector Plus’ smaller 1.5-litre engine uses forced induction. The Hyundai’s petrol unit is more powerful than the MG’s, putting out 159hp compared to 143hp, while the MG’s engine is torquier, producing 250Nm in comparison to the Hyundai’s 191Nm.

The MG also one ups the Hyundai by offering a 48V mild-hybrid system, however, this can only be had with the 6-speed manual gearbox. The MG Hector Plus petrol is also available with dual-clutch automatic and CVT automatic transmissions. The Hyundai Alcazar, meanwhile, can be had with either a 6-speed manual or torque converter automatic gearbox.

Hyundai has priced the Alcazar between Rs 16.30 to 19.85 lakh for the petrol versions and Rs 16.53 to 20.00 lakh for the diesels. This comes across as being reasonably competitive when compared to rivals. Sure, the difference at entry-level between the Alcazar and Hector Plus petrol is a massive Rs 2.67 lakh but, at the top-end, this difference shrinks down to Rs 67,000. In terms of the diesels, the Alcazar again has the highest starting price but, it is not the most expensive SUV here in its top-spec diesel form. The top-spec Alcazar diesel is Rs 1.81 lakh cheaper than the top-spec Safari and only Rs 4,000 and Rs 39,000 more expensive than the Hector Plus’ and XUV500’s top-spec variants, respectively. To add to that, the Alcazar is packed with features such as a panoramic sunroof, digital instrument cluster, wireless charging in the second-row and leatherette upholstery and is also backed by Hyundai’s expansive aftersales network throughout the country. However, it’s worth noting that prices for the Alcazar are introductory for the time being and will be hiked in due course.

So, that’s how the new Hyundai Alcazar stacks up against the competition on paper. But, how it does compare to the rivals on the road? That’s something we can only answer after doing an in-depth, comparison review of the lot in the real-world.

#MG Hector Plus prices are ex-showroom, pan-India, except Kerala 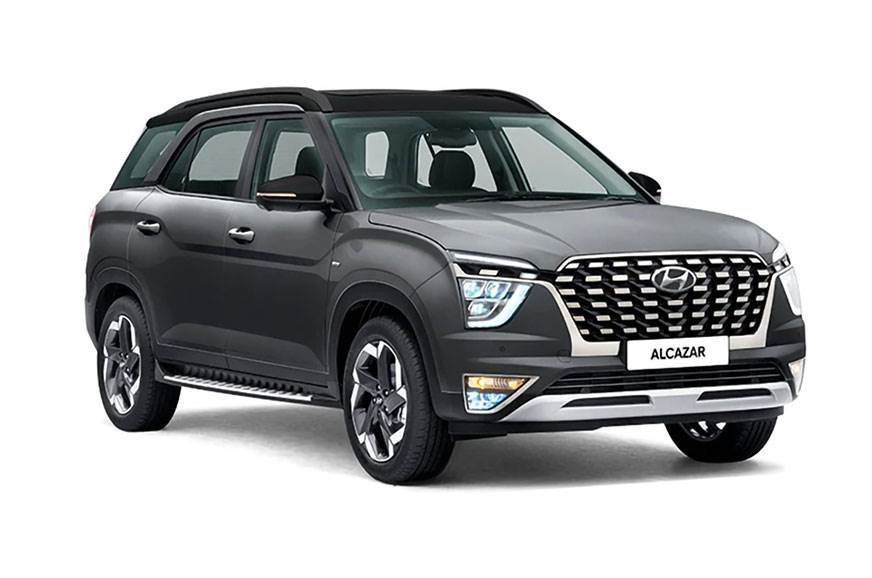 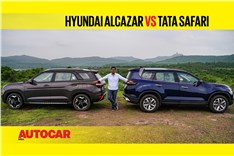 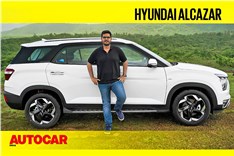