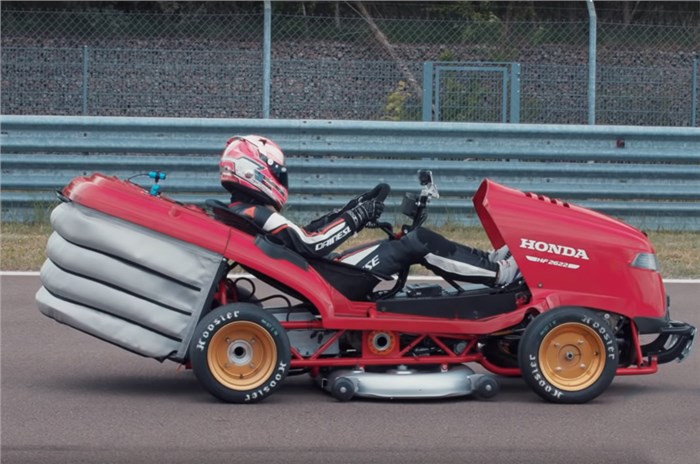 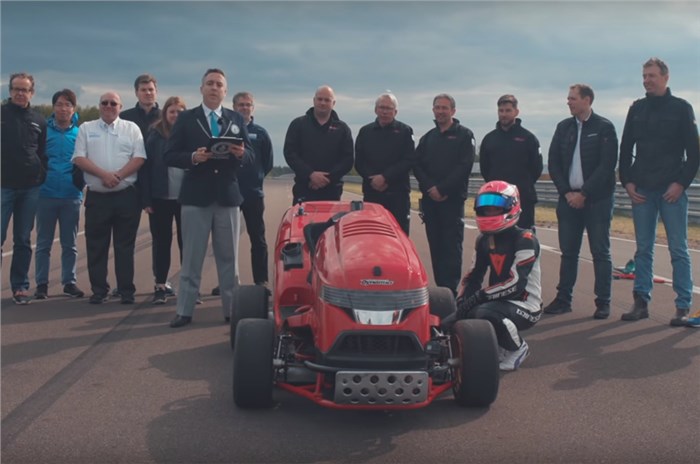 Honda's Mean Mower, which won the title of the World’s fastest lawn mower back in 2014 by hitting a top speed of 187.6kph (116.57mph), is back with a number of updates. The new Honda Mean Mower comes with revised mechanicals and has managed to secure the Guinness World Record in the category 'Fastest Acceleration 0-100 mph for a Lawnmower'. The record was set in just 6.285sec.

The official recorded time has to be an average of the time the vehicle runs in both directions, as per the Guinness World Record authorities’ rules. This means that although the Mean Mower was able to set a faster time of 6.12sec in its second run, its average was brought down due to the first runs slower time of 6.43sec.

In order to achieve this title, Honda swapped out the original Mean Mower's 110hp, 1.0-litre engine sourced from a VTR Firestorm motorcycle, with a 193hp, 1.0-litre engine from a CBR1000RR. All the other components such as the ECU, gearbox, clutch, instrument panel, etc, were also taken from the CBR1000RR. Honda has also claimed that with a sufficiently long road, the updated Mean Mower would be able to reach a top speed of over 241kph (150mph).

The Honda Mean Mower uses the Honda HF2622 mower as its base, but sports a custom space-frame chassis to handle the additional power. Interestingly, the manufacturer wanted to retain the Mean Mower's ability to mow lawns, so it fitted it with carbon-fibre blades to save weight. The total dry weight is at just 69.1kg.