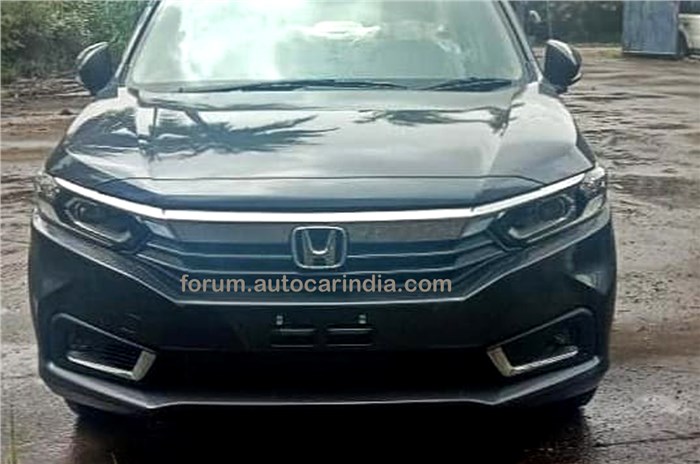 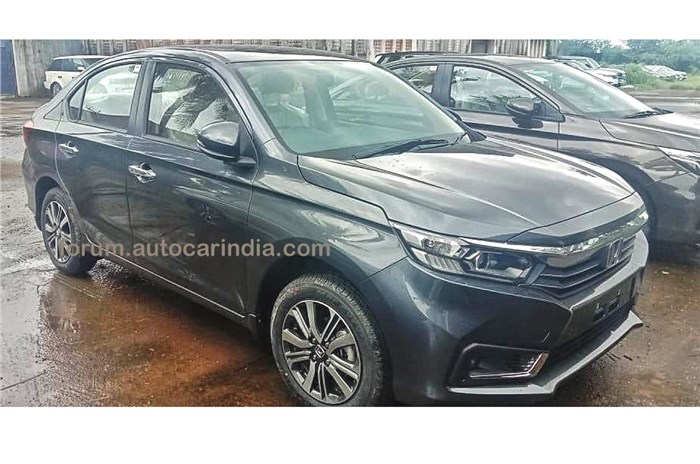 The Honda Amaze facelift has started reaching dealer stockyards.Honda has released the first teaser for the upcoming Amaze facelift that will launch on August 18, 2021. The company has also announced that bookings for the Amaze facelift have commenced at its dealerships pan-India.

Honda has announced that the Amaze can be booked at their dealerships for Rs 21,000 and customers can also book the car online for Rs 5,000.

Honda Amaze facelift: what to expect?

The Amaze facelift gets minor tweaks to its exteriors. As far as features go, new alloy wheel design (same as 4th-gen City), full-LED lamps and LED fog lamps have been confirmed for higher variants along with new paint shades. There are talks of updated alloy wheel designs as well. Inside the cabin, one can expect to see new fabric upholstery for the seats, new interior trim pieces and more.

There are no changes expected under the hood which means that the Amaze facelift could continue with the same engine and gearbox options of its predecessor. The previous powertrains on offer were a 90hp, 1.2-litre i-VTEC petrol engine making 110Nm of torque, which will come mated to either a 5-speed manual or a CVT automatic gearbox.

The diesel engine, meanwhile, produces 100bhp, from a 1.5-litre unit that puts out 200Nm when paired with a 5-speed manual gearbox, and 80hp and 160Nm of torque when coupled with a CVT automatic gearbox. The diesel-CVT combination of the Amaze is unique and is something which its competitors do not offer.

Currently, Honda India sells the City and Amaze sedans, the Jazz hatchback and the WR-V compact crossover.Honda is also preparing for thelaunch of the City hybrid this year, but a timeframe for that model is yet to be revealed. Going forward, Honda is planning to introduce anall-new midsize SUVbased on the City’s platform by 2023. This new SUV will take on the likes of the Hyundai Creta, Kia Seltos, MG Hector and Tata Harrier when launched.