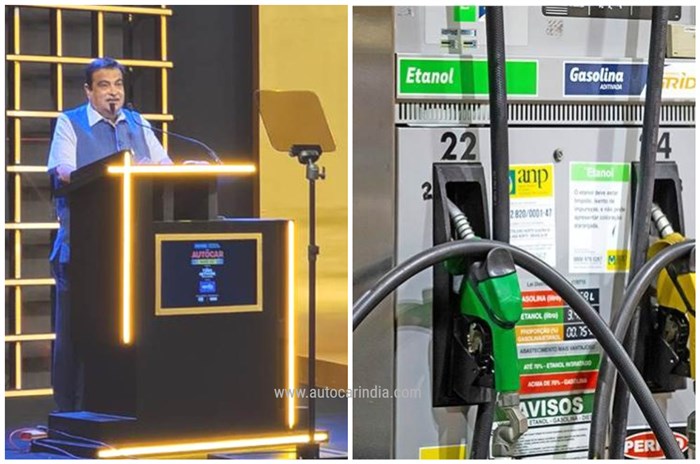 Flex fuel engines may soon become mandatory in India. The Ministry of Road Transport and Highways (MoRTH) has announced that they will make a decision over flex fuel engines in the next 8-10 days.

A ‘Flex fuel engine’ is an internal combustion engine that can run on more than one fuel and also a mixture. Typically, a blend of petrol and ethanol or methanol is used, and the engine is capable of automatically adjusting for any percentage of the blend, thanks to modifications like a fuel composition sensor and suitable ECU programming.

Addressing the Rotary District Conference 2020-21 virtually, MoRTH chief Gadkari said, "I am transport minister, I am going to issue an order to the industry, that only petrol engines will not be there, there will be flex-fuel engines, where there will be a choice for the people that they can use 100 per cent crude oil or 100 per ethanol,". "I am going to take a decision within 8-10 days and we will make it (flex fuel engine) mandatory for the automobile industry," he further said.

Flex fuel engines are capable of running on 100 percent petrol or 100 percent ethanol and are already available in countries such as Brazil, the USA, and Canada. India already uses ethanol blended petrol and started with a 5 percent doping level, while currently it stands at about 10 percent. Earlier this month, the government brought forward its target for producing 20 percent ethanol blended petrol (E20) by two years, from 2025 to 2023.

Gadkari further stated, "It (making flex fuel engines mandatory) is going to boost the Indian economy because we are a corn surplus, we are a sugar surplus, and a wheat surplus country. We don't have places to stock all these foodgrains," he added.

Since ethanol is typically produced by fermenting crops like corn and sugarcane, the move to make flex fuel engines mandatory would likely benefit the farming sector too. Furthermore, it would reduce the country’s oil import bill which stands between Rs 7 lakh crore and Rs 8 lakh crore.

Given that the current price of petrol in some parts of the nation is north of Rs 100/per litre and price of ethanol is around Rs 60-62/per litre, the move could also save customers about Rs 30-35/per litre. Additionally, ethanol-powered cars will also produce far lower emissions than petrol-powered ones, which would be key given the rising air pollution in the country.

The Government has been planning the implementation of Ethanol fuel in India for a while now. Recently, in March this year, speaking at the 2021 Autocar India Awards, Gadkari, said, “I am requesting all in the automobile industry to please cooperate with us to bring flex engines just like in USA, Brazil and Canada.”