After three successful outings, the #SheDrives pro driving school for women makes a thunderous return, and this time it was held in Bengaluru. 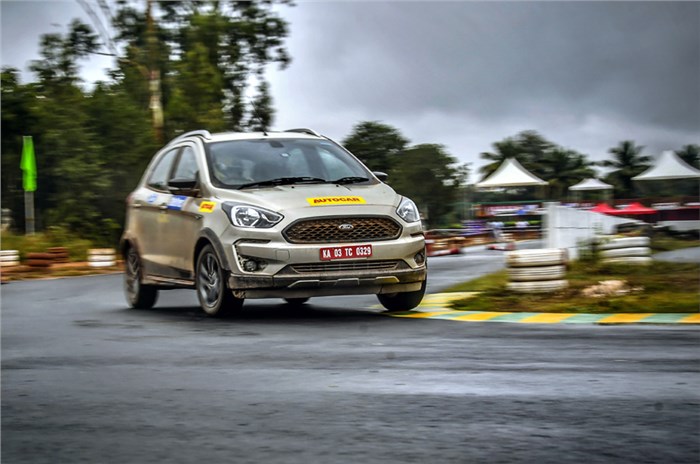 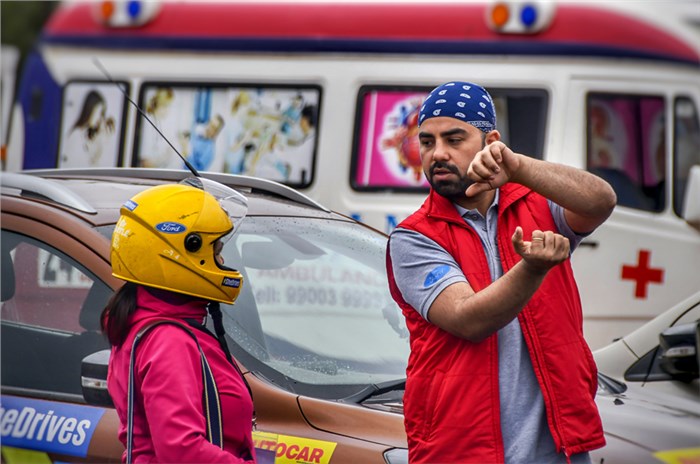 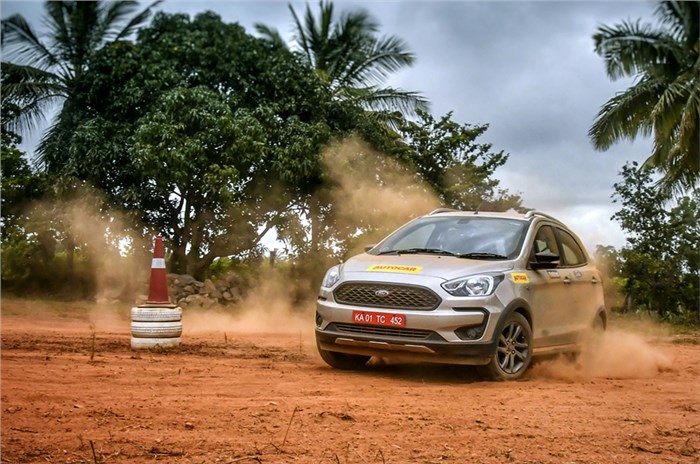 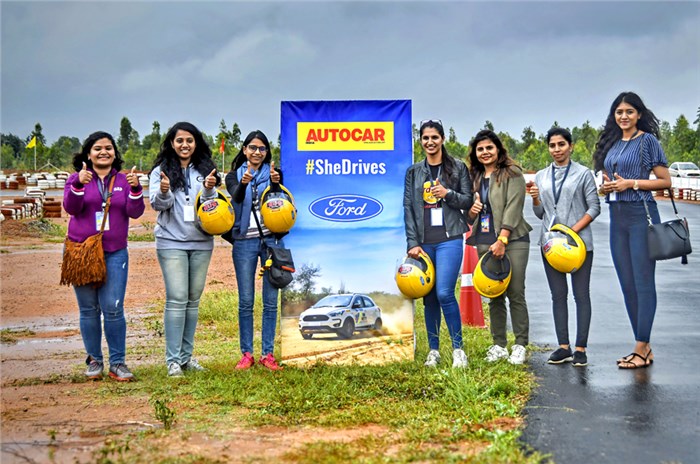 The automotive landscape has traditionally been thought of as a male-dominated domain. However, the perception couldn't be further from the truth in this day and age with women playing increasingly pivotal roles in the motoring world. Be it driving or vehicle ownership, the number of women involved in active roles is on the rise.

In the core industry too, some automotive goliaths are being successfully steered through today's tricky market conditions by high ranking female executives and many OEMs are known to be working towards improving their workforce gender ratio, thereby recognising the invaluable contribution of women at the workplace.

The aim of breaking preconceived notions and providing an impetus to women taking to the wheel resulted in the inception of #SheDrives. A collaborative effort by Autocar India and Ford India, the first-of-its-kind pro driving school for women made its debut in Mumbai earlier this year, before moving on to Gurugram and then Guwahati. Proving to be a resounding success, we decided to take the story forward by bringing #SheDrives to the city of Bengaluru.

Organised over a weekend in early December, the formula for the fourth edition of #SheDrives was simple – to give women an opportunity to push the car to the limits, all the while making it fun, and enabling them to realise their potential. Participants would be first taken around the dedicated track for a sighting lap by instructors, to acclimatise them with the track conditions, followed by a full-out hot lap to show the participants what it takes to drive like a pro. Each participant would then be allowed to lap the track by herself to set a baseline. After a one-to-one training session, the women would be given a chance to prove their mettle and better their lap times.

With close to a 100 participants, #SheDrives Bengaluru saw plenty of action over the course of two days. Activities on day one began on a specially laid-out autocross track replete with fast straights, chicanes, sharp turns and long sweeping corners. After a briefing session, each participant was given a go-around the track in a completely stock Ford Freestyle. And though some were initially a bit apprehensive about driving hard on a dirt track, they quickly warmed up to the idea after their chance behind the wheel.

Having established a benchmark time, they proceeded to a slalom course where professional rally drivers trained them in advanced driving techniques like drifting and turning using the handbrake. Basics such as the correct seating position while driving, gauging the grip on a particular surface and the concept of racing lines around a race circuit were also discussed.

The result of the training session was evident once the women were given the opportunity to lap the track once more; almost all of them managed to better their times and by a significant margin, and they did that while having great fun.

Mini Saxena, a businesswoman, said after completing her final round, “I wanted to try out something which would be thrilling and would give an adrenaline rush. So when I got to know about #SheDrives, I thought that I should give it a try. And I am so glad that I did because the experience was fantastic.”

With the goal of delivering a similar experience, we returned for more action on the second day. However, incessant rains all through the day made the dirt track too tricky to use. Unfazed by the rain god’s attempt to play spoilsport, we shifted to a tarmac circuit, allowing the participants to experience all the pro driving they had signed up for.

The greater amounts of grip on the harder surface meant that participants could push the incredibly handling Freestyle to the limit and register some seriously blistering lap times. Consider the fact that most women had no prior experience of pro driving, and the feat comes off as all the more impressive.

While giving a glimpse of advanced driving skills was definitely one of the objectives of #SheDrives, the event was also geared towards imparting techniques that are translatable to the road. After completing the course, Rukmini Biswas, a working professional, said, “After the training today, what I am taking back are some essential techniques that nobody generally teaches you. What #SheDrives also taught me is how to drive safely and how to drive clean.”

“I love driving because it makes me feel independent. I have learned a lot here. For example, I learned that a good driver is the one who drives cleanly, not who drives faster. Today’s experience has helped build my confidence and improve my driving skills, which I feel should help me out on the road as well,” commented Anusha Goel, a software engineer.

After an overwhelmingly positive response at all the four outings, Autocar India and Ford India will be taking the #SheDrives pro driving school to another city soon enough. Follow our social media channels closely for more information. Stay tuned!

The Women Behind the Wheel - Ford #SheDrives Guwahati video