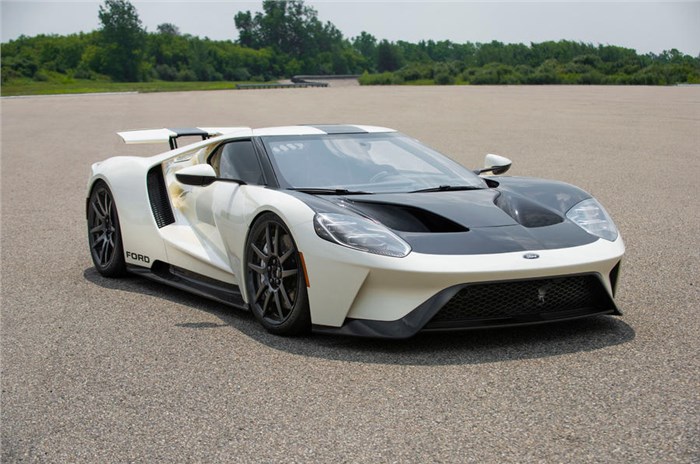 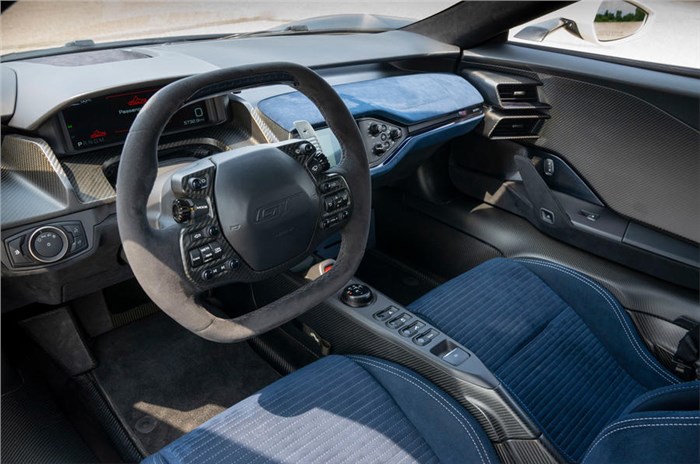 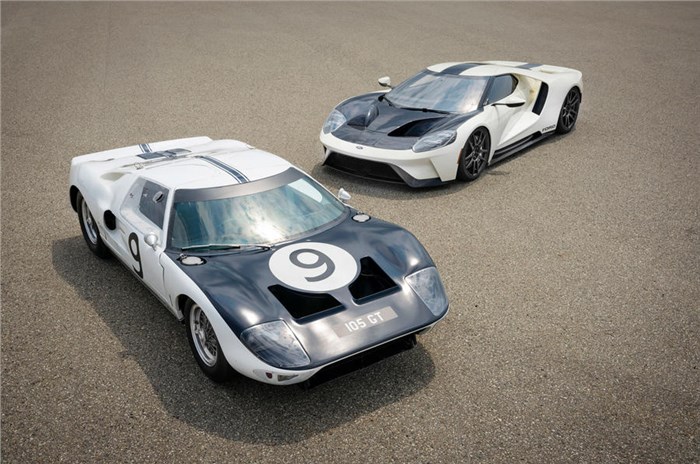 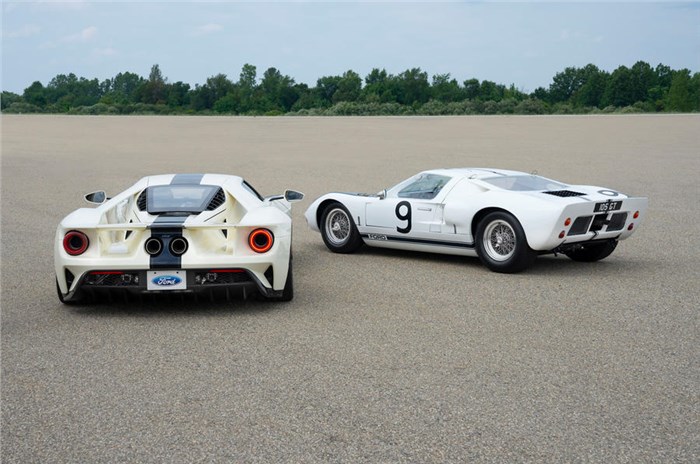 The Ford GT will gain a new, limited-run model to pay homage to the prototypes that led to the firm’s Le Mans-winning supercar, featuring racing decals and exposed carbonfibre. The GT ’64 Prototype Heritage Edition was revealed at the Monterey Car Week, appearing alongside the last remaining Ford GT/105 prototype from 1964.

Carbonfibre also adorns the interior, with the door sills, A-pillars and centre console finished in the material, partnered with blue Alcantara seats with silver stitching. The steering wheel, meanwhile, is finished in Ebony Alcantara with black stitching.

“This is the first Ford GT Heritage Edition that goes beyond celebrating race wins. This one goes deep and honors the earliest of Ford supercar heritage,” said Ford GT programme manager Mike Severson. “There are a lot of milestone moments in the history of the Ford GT that we’ve celebrated, but the team was unanimous in believing the original prototype was the right vehicle this time around."

Five Ford GT prototypes were initially built, leading to the model that claimed a 1-2-3 sweep at Le Mans in 1966. Just one prototype remains today, still wearing its classic livery.

The GT ’64 Heritage Edition is the sixth special edition that Ford has produced to pay homage to past Le Mans-winning models, with others paying tribute to the 1966 Daytona and the 1968 and 1969 Gulf Oil livery colours.

Prices and production numbers haven't been revealed, but the model will open for order in international markets in January next year for approved GT customers.

Mechanically, the Ford GT ’64 Prototype Heritage Edition is identical to the standard GT. It is powered by the same 3.5-litre twin-turbocharged V6 motor that makes 656hp and 746Nm, which helps the supercar hit 96kph from standstill in 2.8 seconds, 160kph in 6 seconds and goes on to hit a top speed of 350kph.

The American carmaker recently introduced a new automatic transmission on its Figo hatchback in India, which is priced from Rs 7.75 lakh (ex-showroom, Delhi). Apart from the Figo, Ford also retails the Freestyle cross-hatch, the Aspire compact sedan, the EcoSport compact SUV and the Endeavour SUV in India.