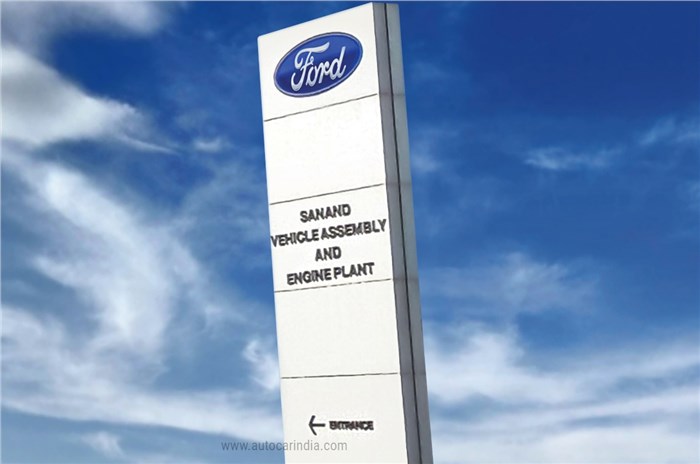 After the big alliance with Mahindra fell through Ford hasn’t succeeded in finding another partner to help sustain its operations in India. The American car maker now has to take some tough decisions which could reduce it to an importer of niche products.

With the launch of the Figo automatic in July and the imminent launch of the EcoSport facelift, seen in numerous spy photos, it would appear that it’s business as usual for Ford India. However, it’s anything but. The American brand is facing the biggest crisis of its 25-year existence in India as it stares at a product drought for the next 2-3 years, with no new models in the offing. A big drop in bread-and-butter export volumes, as well as COVID-19-related disruptions, has added to the woes of the company, which is now struggling with a dated product portfolio to sustain its operations in India.

Production has dropped to just 80,000 units (half of this is exported), which is just 20 percent of the 4,00,000 cars Ford’s plants in Sanand and Maraimalai Nagar are geared to churn out every year. Such low plant capacity utilisation is unsustainable, which is why Ford India has been desperately seeking another manufacturer to share the capacity with, either by way of contract manufacturing, a joint-venture (JV), or even the sale of one of its plants.

The biggest body blow to the American company, apart from the pandemic, was dealt by Mahindra & Mahindra (M&M) when what could have been a strong partnership was abruptly called off, effectively leaving Ford India in the lurch.

The companies first started exploring synergies in 2017, and went a step further by formally shaking hands in October 2019 to work on a JV that envisaged a comprehensive partnership. This was to range from sharing manufacturing facilities and EV technologies to developing multiple platforms and engines for a whole new range of Mahindra and Ford products. On paper, it was a brilliant alliance, one that would give both companies scale and products that each would have found unviable to develop individually. So, what went wrong? Both companies are obviously tight-lipped about the details of the break-up, but it seems the change in leadership at M&M brought a change of heart as well. According to sources in M&M, concerns over indemnities and issues with emissions compliance were red flags the new leadership raised, but sources in Ford (and even some Mahindra insiders who worked closely on this deal) say there was nothing so serious that it couldn’t be resolved.

The mistake Ford made was to proceed too far down the JV route, riding on what was, in effect, just a handshake. “We passed certain milestones during the course of our discussions on the basis of trust and an understanding that the two partners wanted to make this alliance happen. We saw the chemistry and quality of interaction between Jim Farley and Dr Pawan Goenka, which didn’t give us any reason to believe otherwise,” said a Ford insider who was close to the deal. “However, we misread the new leadership, which had a completely different view on the collaboration,” he added. Dr Goenka, who retired on April 1, 2021, was out of the picture by then.

The problem for Ford is that it didn’t have a Plan B. So, when the alliance fell apart on December 31, 2020, so did its short to mid-term product plan. Until then, discussions had reached a very advanced stage on the joint development of seven new models, which included three SUVs in the first phase – a sub-four-metre compact SUV (B744) and a 4.3m-long Creta fighter (B772) on Ford’s platform, and a C-SUV or 4.5m-long SUV (CX757) on Mahindra’s W601 platform that underpins the XUV700. Each brand was to design and develop its own ‘top hat’, and in fact, Ford had already outsourced the design and styling of the C-SUV to Pininfarina, for a possible launch in mid-2022. The Ford-based SUVs would follow in late 2022 and 2023, but the engines were to come from Mahindra. In fact, even before a JV was proposed, Ford had signed up to use M&M’s mStallion 1.2 turbo-petrol under the hood of the facelifted EcoSport, whose planned April 2021 launch is on hold.

Between a Ford and a hard place

Ford India lost three precious years with this dalliance when, in hindsight, it could have used that time and resource to develop its own products. Now, even if Ford wants to pump money into the Indian market, it’s too late. It will be at least three years before we see an all-new range of mass-market models wearing the Blue Oval. The bigger worry is that the current range won’t see Ford through till then. Some models, especially the 1.5 diesels, will need to be upgraded to meet CAFE, BS6 Stage II and other regulations, which will require additional investment. Even the next-gen Endeavour (U704) had been pushed, and India was last in line in the Asian region for the next-gen version of the SUV. That’s because Ford had planned to bring in the Endeavour after the C-SUV.

The best option for Ford is to partner with another manufacturer, because a collaboration or joint venture, the very premise for tangoing with Mahindra, is the only real shot left. Ford is believed to have talked to many manufacturers for an alliance, but the only companies that could potentially help are Skoda, MG and Tata Motors. Ford and VW have recently entered into wide-ranging global alliance for electric cars, pick-up trucks, vans and autonomous technology, so it’s logical for the alliance to extend to other markets like India. Apparently, Ford approached Skoda India (which represents VW in India) to explore a partnership but is understood to have found its cost structure uncompetitive. “The one thing Mahindra taught us is how to keep a tab on development costs,” said a Ford source. Tata Motors can also stretch every developmental rupee, but would they be a worthy partner? After all, Tata ended its proposed partnership with VW rather abruptly too. But Ford has something Tata Motors desperately wants – a midsize SUV to fill the vital gap between the Nexon and the Harrier. Ford’s B772 could be just that model. Besides, with sales of 30,000 in a good month, Tata Motors could be in need of capacity soon, and that’s where Ford’s Sanand plant could come in. It could also be a solution for MG India, which will need more capacity in the short term too. But, Tata Motors is believed to have shown no interest.

Ford is also believed to have spoken to Ola and offered its Chennai plant to the electric mobility start-up to begin operations there, but with a massive new plant coming near Bengaluru, Ola isn’t in immediate need of capacity.

Finding a partner is easier said than done, and in the absence of one, Ford may have no choice but to pull down the shutters on its manufacturing operations in India. Shutting Sanand is inevitable, as this plant, built to Ford’s global standards, has turned out too expensive to make cars profitably. The hope was to at least carry on with Maraimalai Nagar alone, where the EcoSport and Endeavour, both of which are quite profitable for Ford, are being made. But this brings us back to the core issue – the current model line-up cannot sustain these plants for another three years.

You would expect Ford, which was one of the first multi-nationals to rush into India in 1994, to give one last shot to a market it has tried to crack. That last shot was with Mahindra, and the sense is that, in Dearborn, Michigan, patience with India has run thin. For Ford to invest in India means throwing good money at a bad market. “Ford would rather put 500 million USD into a new pickup truck or another market that gives better returns,” said a Ford source. Besides, the frequent and sudden policy changes make doing business here challenging and frustrating. “Dealing with regulations like ISI marks on windscreens and BIS marks on alloys for low-volume models like the Mustang is a real nuisance,” he added.

However, unlike GM, which pulled the plug on Chevrolet when it exited India, the Ford brand will continue in India even in the worst-case scenario of both plants being shut down. Ford India will follow the Australia and more recently the Brazil models (where it stopped local manufacturing) by reducing its footprint in the market with a handle of imports. Cars like the Mustang, the Ranger pickup truck (for which there is already a launch plan) and future EVs could be sold in small numbers in India.

The Indian car market is known for humbling giants and Ford could be reduced to selling only niche cars. The good thing is we’ll finally get some American Fords!