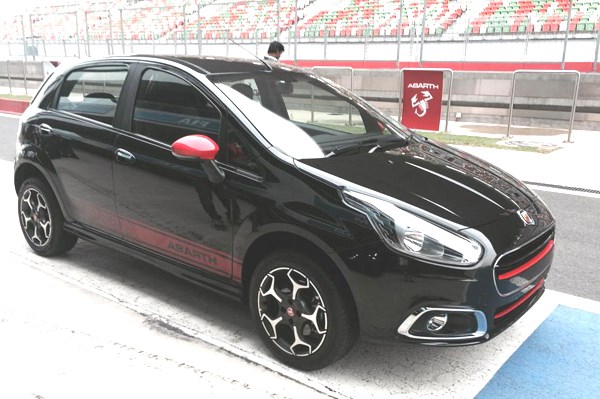 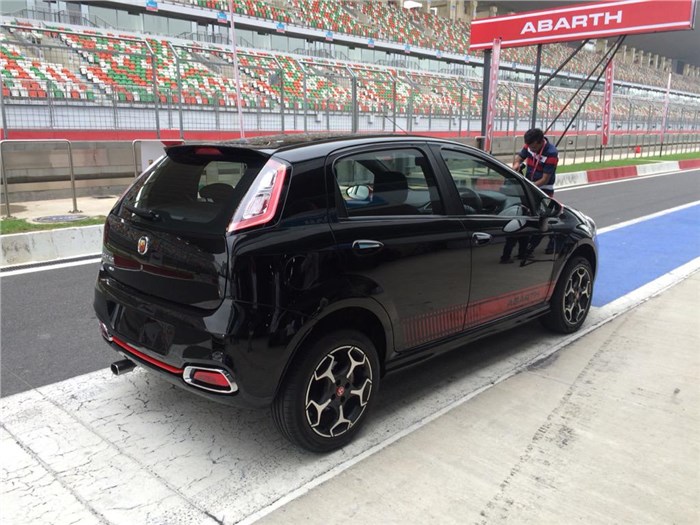 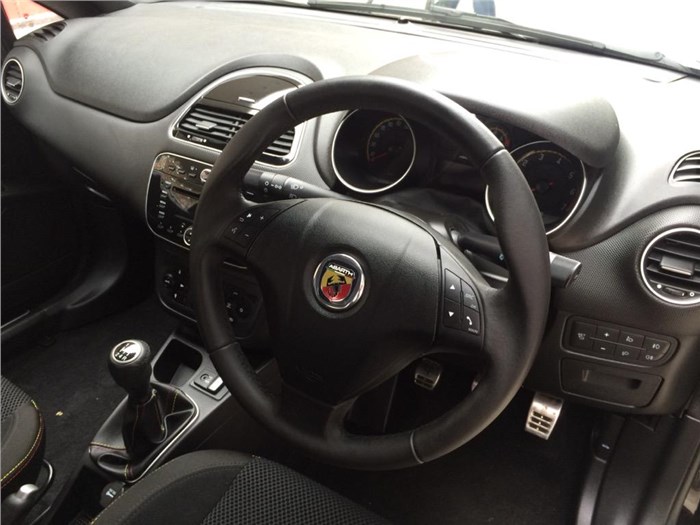 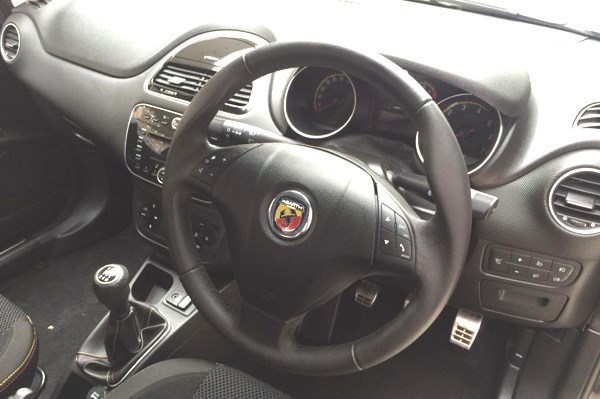 Fiat is launching its high-performance Abarth brand starting with the 595 Competizione today at the Buddh International Circuit. Aside from this, however, the company has showcased the next and arguably even more exciting model that will be launched from this performance brand – the Abarth Punto – which is expected to hit showrooms around Diwali this year.

If an Abarth Punto passed you on the street you might not be able to identify it as the ‘hot’ version at first glance, as there isn’t a huge visual change from the top-spec Punto 90HP diesel. Aficionados, however, will spot the new ‘Scorpion’ design for the alloy wheels, the added contrast colouring around the grille, the sporty decal that runs down the base of the doors, and the fact that there isn’t a single Fiat badge on the car – only Abarth logos. They’re small touches that subtly reveal the added potency under the hood.

The changes on the inside are even fewer, retaining the Punto 90HP’s all-black cabin colour, but swapping the Fiat badge for an Abarth one. The fabric upholstery is a bit different, and gets some racy looking contrast stitching in red and yellow – the Abarth colours – which really liven it up. The Abarth Punto also gets sportier steel pedals, and there don't appear to be any changes to the equipment list over the regular car.

When it goes on sale, the Abarth Punto will be the closest thing India has ever got to a full-on hot hatchback. The 1.4-litre T-Jet engine may be related to the one you get in the Linea, but Abarth has turned the wick up to a rather serious 145bhp, and though the official numbers aren’t revealed yet, it’s likely to have over 20kgm of torque. And it doesn’t stop there, as Fiat has also modified the suspension for this sportier model – something mainstream carmakers rarely do when they add power. The suspension has been stiffened, and the ride height has been lowered by 20mm. It doesn’t, however, have the sporty stance you’d associate with a hot hatch, and that’s because there’s still quite a big gap between the tyres and the wheel arches. Fiat says it didn’t want to compromise on ground clearance by lowering the car any further. Reining in all that added power are an improved braking package with disc brakes at the rear instead of drums and meaty 195/55 R16 Apollo tyres.

Fiat has said it’s aiming for a four percent market share in India in the coming years, and with a rather small model range on offer, launching a performance sub-brand like Abarth to boost its image is a good move. The Abarth 595 Competizione is of course the flagship, but the Punto will be the model to really push Abarth into Indian homes, as Fiat is working towards a seriously competitive price, which could likely duck under the Rs 10 lakh mark. This truly is performance for the masses.

Fiat has launched the Abart 595 in India, read our story on it here.