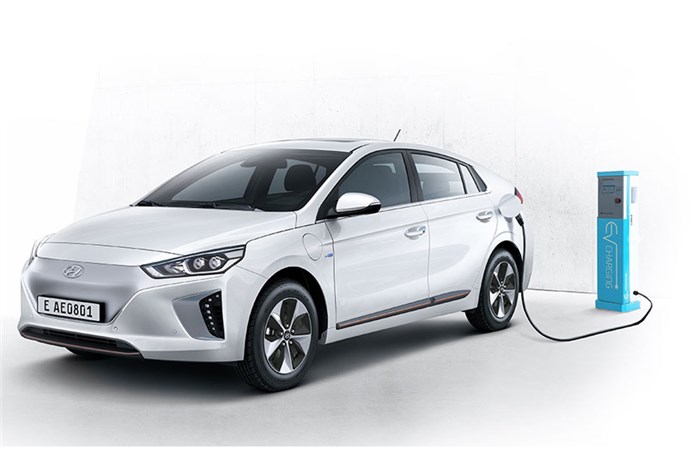 The government’s decision to tax hybrids at the highest rate under the Goods and Service Tax (GST) has dealt a blow to Hyundai’s plans of introducing hybrid vehicles to its India portfolio.

The Korean carmaker had firmed up plans to launch the Ioniq hybrid at the Auto Expo 2018 but has now decided against it due to the cutback in benefits given to hybrid vehicles following implementation of GST, Y K Koo, managing director and CEO, Hyundai Motor India told Autocar India.

Moreover, the carmaker has also shelved plans to roll out mild hybrid options for the soon-to-be launched new Verna.

“We had a plan to introduce mild hybrid technology for the next-generation Verna. But we have cancelled this project as the government has withdrawn benefits to hybrids after the GST roll-out. The benefits towards mild hybrid and strong hybrid vehicles are continuously decreasing,” Koo said.

Prior to levying a higher tax rate on hybrids under the GST, the government had announced a rollback of fiscal benefits to mild hybrids under the FAME India Scheme [Faster Adoption and Manufacturing of (Hybrid &) Electric Vehicles in India]. The move is puzzling as the government has chosen to put a blanket ban on mild hybrid as well as full hybrid technology, despite the latter delivering significant fuel efficiency benefits and emission reductions.

The Creta facelift, due in late 2018 and likely to come with a mild hybrid option for both petrol and diesel engines, could also miss out on mild hybrid technology.

In a similar move, homegrown carmaker Mahindra recently announced that its bestselling SUV, the Scorpio, which is set to receive a facelift soon, could lose out on mild-hybrid technology due to the higher taxation. The company's managing director, Pawan Goenka, had said that hybrid vehicles are likely to lose their sheen.

Japanese carmaker Toyota has also been hit hard as its hugely popular Camry hybrid has witnessed a steep hike in price.

Under GST, hybrid vehicles have been kept in the highest rate bracket of 28 percent and an additional 15 percent cess, taking the total to 43 percent, thus attracting the same amount of tax as a luxury car. Electric vehicles, on the other hand, have been taxed at a lower rate of 12 percent, in line with the government's push for large-scale adoption of EVs.