Every new car and SUV launching this festive season

We bring you a complete list of cars and SUVs coming to India this festival season, including offerings from Mahindra, Hyundai and Maruti Suzuki. 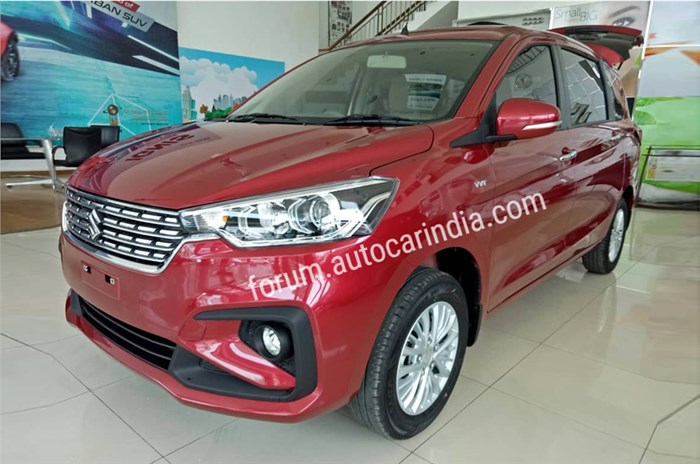 The festive season in India is usually the time when many carmakers bring new models and products, including special editions, to our country. The 2018 season is expected to see launches from mass-market manufacturers like Mahindra, Maruti Suzuki, Hyundai and Tata, while premium carmakers like Porsche and Rolls-Royce will also bring new models here.

Here’s a comprehensive list of new cars and SUVs scheduled to arrive this festive season:

Set to replace the aging Eon hatchback, the new Santro will revive the original’s tall-boy design and is expected to come with many segment-first features packed in – with kit like rear AC vents, a touchscreen infotainment system with Android Auto and Apple CarPlay compatibility, and a rear parking camera. The car will also debut AMT tech on a Hyundai. This gearbox will be mated to an updated version of Hyundai’s 1.1-litre Epsilon petrol engine, which has a claimed fuel efficiency of 20.1kpl. The Santro will rival the Tata Tiago and Maruti Suzuki Celerio when it arrives.

Mahindra’s upcoming flagship SUV is larger than its predecessor, the Rexton, and looks quite a bit better, thanks to the projector headlamps with LED daytime running lamps (DRLs), a slim hexagonal grille, LED fog and cornering lamps at the front, and 20-inch alloy wheels with thicker rubber. The interiors are also plusher, replete with leather upholstery and a dual-tone beige-and-black dashboard. The SUV is also expected with a longer list of features such as a 9.2-inch HD screen with Apple CarPlay and Android Auto, a 360-degree camera, a 7.0-inch LCD instrument cluster, a larger sunroof and a smart tailgate. The 2.7-litre, five-cylinder diesel motor has been replaced by a 2.2-litre four-cylinder unit that makes 1hp more (at 187hp) and 18Nm more torque (at 420Nm). On higher-spec variants, there’s also a new 7-speed automatic transmission that sends power to all four wheels.

The first production hot-hatch from Tata is essentially a souped-up version of the Tiago. Developed in conjunction with Jayem Auto (hence the JTP suffix), the Tiago JTP is powered by a more powerful version of the Nexon’s 1.2-litre turbo-petrol engine. While the motor makes 110hp and 170Nm in the compact SUV, the hot-hatch will have it in an even higher state of tune. Tata will also provide a bit of show to match the go by adding 15-inch alloy wheels, a larger air dam in the front bumper, air vents in the bonnet and fenders and side skirts, and a rear diffuser, besides re-working the suspension (essentially lowering it). The interior will also get the sporty theme, with additions like red stitching and aluminium pedals, though the cabin will also sport the 5.0-inch touchscreen infotainment system found on the recently launch Tiago NRG cross-hatch. Expect the Tata Tiago JTP to come at a premium of Rs 1 lakh over the standard top-spec model.

The second-gen Ertiga will launch with the all-new 105hp, K15B petrol engine that debuted in India on the Ciaz facelift. The 90hp diesel-manual motor, along with the manual and automatic options for the petrol engine, carry forward unchanged. The new MPV is larger than the outgoing Ertiga and is capable of seating seven people in a cabin, which is relatively more luxurious and comfortable. In terms of equipment, higher trims of the new Ertiga will benefit from a SmartPlay touchscreen infotainment system, cooled cupholders and a climate control system. Parking sensors are likely to be standard across the range, while top-spec variants are expected with a reverse camera as well.

At an expected Rs 8.5 crore, the Rolls-Royce Cullinan will be the most expensive SUV to be sold in India. It will come with a long list of customisation options, some of which will even push the SUV’s price by around Rs 1 crore over the price of the standard model.

The S201 will take on the likes of the Vitara Brezza and the Nexon. Mahindra will introduce many segment-first features on this model, including a panoramic sunroof, four-wheel disc brakes and dual-zone automatic control, to name a few. Under the hood, it will be fitted with a 1.2-litre turbo-petrol mill and a 1.5-litre diesel motor.