Suspended operations by Chinese suppliers could halt vehicle production in the country. 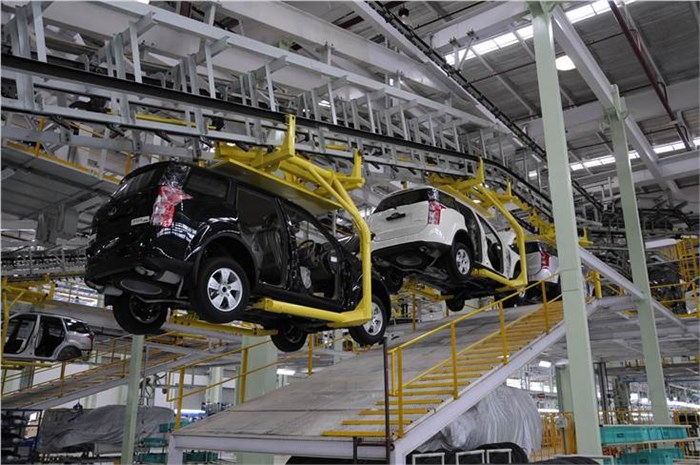 The Indian automotive industry could face a disruption it doesn't want and wasn't also prepared for. The ongoing coronavirus outbreak, declared first on December 31, 2019, may disrupt manufacturing schedules of component and vehicle manufacturers in India. That's because operations in Chinese companies, many of which are suppliers to Indian companies, have been suspended as a precautionary measure.

The level of parts inventories in Indian companies will determine the timing of the impact. Industry sources say inventory levels could be up to two months. Mahindra & Mahindra is among the companies bracing for a possible impact. It has suppliers in China who supply some Tier 2 parts. "There are some Tier 2 parts that come from China, which is a supply constraint for us right now. We have some concern over our production of BS6 vehicles, if supplies don’t restart next week," says Dr. Pawan Goenka, MD, Mahindra & Mahindra. He also says that if the supply of parts continues to be affected for a few more weeks, the company may have to seek an extension of the March 31 deadline to switch over to BS6, "for factors out of our control”.

MG Motor India, which has been enjoying an exceptionally good run in the damp auto market ever since its market entry in July last year, could face some challenges later this month, as it still ramping up localisation and increasing production capacity to meet market demand. "In February, we may have some shortfall because we have hand-to-mouth inventory because of our order backlog," says Rajeev Chaba, president and MD, MG Motor India.

Suppliers in India are following the developments to gauge the level of impact. "This is another blow to us. It is very clear. The first estimates will come when manufacturers will tell us how many less vehicles they made because of non-fulfilment of supply," says the head of a global Tier-1 supplier's Indian arm who wishes to stay anonymous.

"With the Coronavirus, there are some disruptions. Manufacturers are talking about it and if this continues, some of the supply chain coming from China will be affected. Some companies do not have stock beyond the middle of this month for some components. So, there might be an issue. We are not clear about the impact. It might even be felt in February-March too. We have not felt anything yet, but everybody is expecting tough times," says the CEO of a major Tier-1 supplier.

It is not only components. Companies in India also import tooling from China. Any impact there will affect the SoP of projects they are sourced for.

A senior official of a major two-wheeler maker in India says that the impact could be felt in March.

It is likely that some vehicle and component manufacturers may now source from alternate regions to mitigate any loss. However, with Chinese companies' deep penetration in the global automotive supply chain, it may be not be quite easy to fully bypass China. As one of the executives quoted above says, "You can’t take China out of the supply chain. It’s impossible."

Chinese suppliers have a good exposure in India. Last year (2018-2019), automotive components worth $4.5 billion (approximately Rs 32,091 crore) were imported from China into India. Companies in China are scheduled to reopen on February 9.

Auto industry elsewhere is already affected by the coronavirus outbreak. Hyundai reportedly has become the first global carmaker to halt production outside China because of component shortages.

An urgent and effective treatment to the novel coronavirus is needed to protect people's lives and also the health of various industries, including automotive.