The Kia Seltos outsold the Maruti Vitara Brezza in January 2020; the Mahindra Bolero and Hyundai's Creta and Venue round out the top five list. 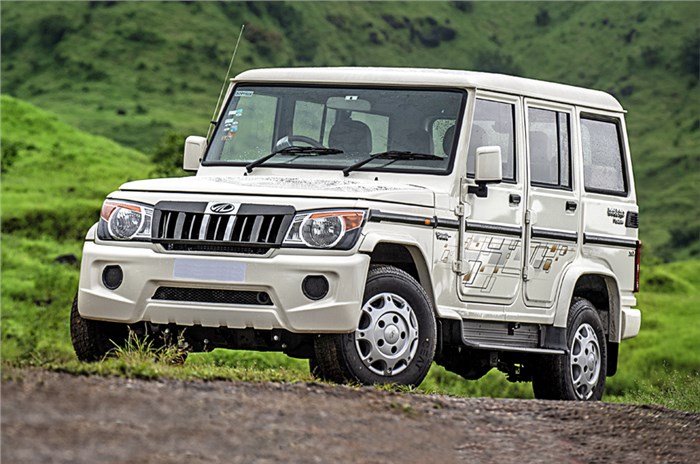 The maximum action in the tepid passenger vehicle (PV) market is in the utility vehicle (UV) market, where Kia Motors India is holding sway and how. The Korean carmaker, barely into its sixth month of sales in the Indian market, has sold all of 60,226 units between August 2019 and January 2020, which works out to a monthly average of 10,037 units.

In January 2020, the Seltos notched its best monthly sales ever – all of 15,000 units, with a more or less equal fuel split: 7,420 diesels and 7,580 petrols. This performance beats the previous best of 14,005 units in November 2019 and helps it regain the title of best-selling SUV, which it had lost to the Maruti Suzuki Vitara Brezza in December. In its six-month innings, the Seltos has taken the top spot on the SUV sales list in three months – January 2020, October and November 2019.

Vitara Brezza still has the breeze

Once the unchallenged No. 1, the lack of a petrol engine and the entry of the Hyundai Venue and the Kia Seltos has subdued the wind in the Maruti Vitara Brezza’s sails. It didn’t help that the carmaker had confirmed its exit from diesel vehicles sometime ago, which dampened sales numbers.

With sales of 10,134 units last month, the Vitara Brezza takes second place but the company is clearly waiting to launch the petrol-engined Brezza, which should bring back the sales momentum to this game-changing compact SUV that was launched at the Auto Expo 2016.

At the Auto Expo, Maruti Suzuki revealed the thoroughly revamped Vitara Brezza, which sees a switch to a petrol-only powertrain. Suzuki’s K15B 1.5-litre petrol engine takes the place of the 1.3-litre diesel, as part of Maruti’s larger plan to withdraw diesels from its line-up by April 1, 2020. The carmaker will announce prices for the updated Vitara Brezza later in the month.

Recently, the Maruti Vitara Brezza drove past the half-a-million units – 5,00,000 units – sales milestone in the domestic market, a story broken by our sister publication Autocar Professional. Cumulative sales of the game-changing SUV, launched on March 8, 2016, now total 5,18,807 units till end-January 2020, 47 months since launch.

The Mahindra Bolero was back in the Top 5 UV chart in December 2019 after quite a hiatus but the warhorse continues to soldier on. In January 2020, the rugged vehicle sold a total of 7,233 units (6,482 Boleros and 751 Bolero Plus units), which is the highest monthly number yet in the ongoing fiscal after the 5,947 units in May 2019. Proof enough that consumer’s hearts still throb for the muscled Mahindra. In the April 2019-January 2020 period, the Bolero has sold a total of 52,828 units, which works out to a monthly average of 5,289 units.

The Hyundai SUV siblings, the Creta and Venue, are both battling for position and last month the Creta went ahead of the Venue by 167 units. With sales of 6,900 units, the Creta takes fourth place in the Top 5 list. With total sales of 74,668 units in the first 10 months of the fiscal year, Creta sales are down 27 percent YoY. But there's a new, radical-looking Creta around the corner, which Hyundai revealed at the Auto Expo earlier this month. Will it recharge numbers for the model? We'll have to wait a while to find out.

Of all the sub-segments in the passenger vehicle (PV) segments, the utility vehicle segment is riding a wave of surging demand. Even in a depressed market, the segment clocked sales of 84,929 units (2.57 percent increase) and accounted for 32 percent of the overall PV market sales of 2,62,174 units (-6.20 percent).

The five best selling SUVs in January 2020, with 46,000 units, account for 54 percent of total SUV and MPV sales of 84,929 units last month, showing just how important they are in the scheme of things. With two months left to go for the fiscal year to end, will there be a burst of buying that can enable the SUV segment to hit the million unit sales milestone? At present, it is 1,89,360 units short – which means 3,156 SUVs and MPVs will have to be sold every single day of February and March. Think it's possible? Let's find out on April 1, when BS6 kicks in.