Hardtop Funster concept EV packs 313hp and has a claimed 0-100kph time of under 5 sec. 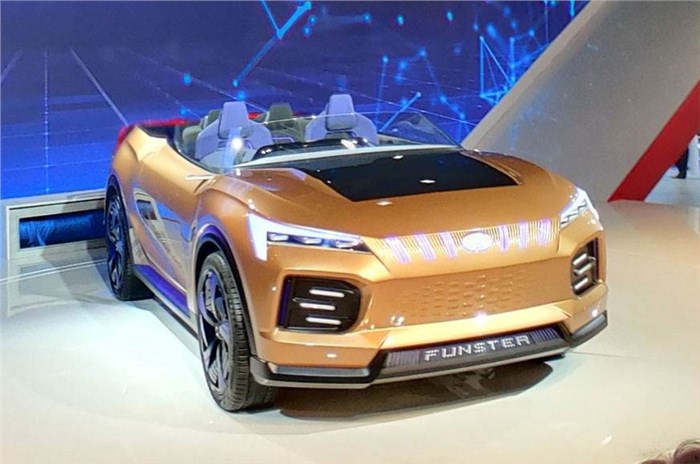 Mahindra has unveiled the Funster convertible SUV concept. The EV concept is part of the manufacturer’s 18-car line-up that’s on display at the biennial Auto Expo.

The hardtop convertible EV has two doors and all its roof pillars lopped off, and, in the place of a conventional windscreen is a small wind-deflector screen. The Funster also has a light signature setup at the front simulating the Mahindra slotted grille.

In terms of powertrain, the Mahindra Funster packs a 59.2kWh battery pack that sends power to two electric motors, one on each axle. Power output is rated at 313hp and Mahindra claims a 0-100kph time of under 5sec. The claimed range is 520km, and Mahindra says the top speed stands at 200kph.

Mahindra's focus at this year's Auto Expo has been on EVs, with the other models on display including the production-spec eKUV100, the eXUV300 and the Atom electric quadricycle.