GNCAP Secretary General David Ward says he is pleased with the progress on crash safety made in India so far, and that a 5-star car is not too far away. 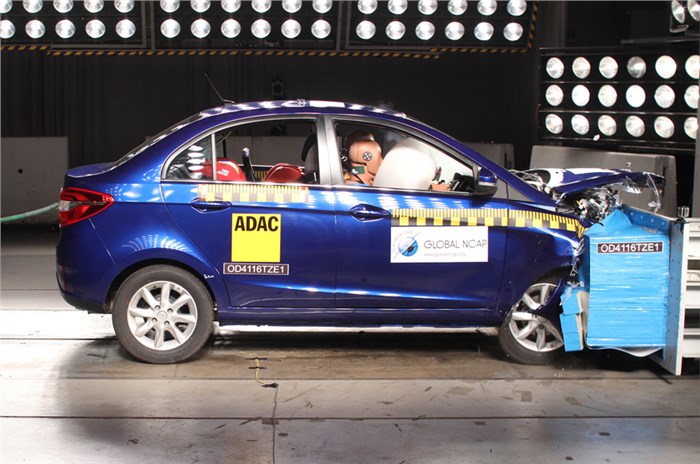 Global NCAP Secretary General David Ward is confident India is not too far away from having a 5-star safety-rated, made-in-India car. Speaking to Autocar India on the sidelines of the Stop the Crash event held in New Delhi, Ward said he was pleased with the progress made by Indian carmakers since 2014 when the results of the first crash tests on Indian cars were released. “We have seen extraordinary progress in the last year with a lot of significant cars coming in as two, three, four stars. We’re going to get some very good 4-star results. I think before the end of the year it’s quite likely we’ll see the first 5-star car.”

So far, Global NCAP has crash-tested 23 Indian cars including the Renault Lodgy, Maruti Suzuki’s Swift and Vitara Brezza whose results were announced last month. It is understood that a fresh set of tests is presently underway on India-made cars in Germany and it is likely that the latest round will give us the first of the 5-star rated cars. However, it is also likely that the 5-star rated car will not be a base-spec version – as is the norm in Global NCAP tests – but a fully loaded one with all safety features.

“At the time of the 2018 Auto Expo, we announced a special ‘Safest Car For India’ award and for that we want a vehicle that meets pedestrian protection norms, has ESC and five star in our protocol. And we’re not saying for that it has to be the entry-level model because we want to incentivize somebody for getting this top award,” Ward told Autocar India.

Given Global NCAP’s focus on mass market cars and its criteria for a 5-star rating, only a handful of models presently on sale are expected to make the cut. Stay tuned for more.

Which car do you think could be the first made-in-India model to get the coveted Global NCAP 5-star safety rating? Let us know in the comments section below.