Taycan-rivalling Alpha5 to be followed by V8 coupe, electric sedan and hydrogen-fuelled SUV in the future. 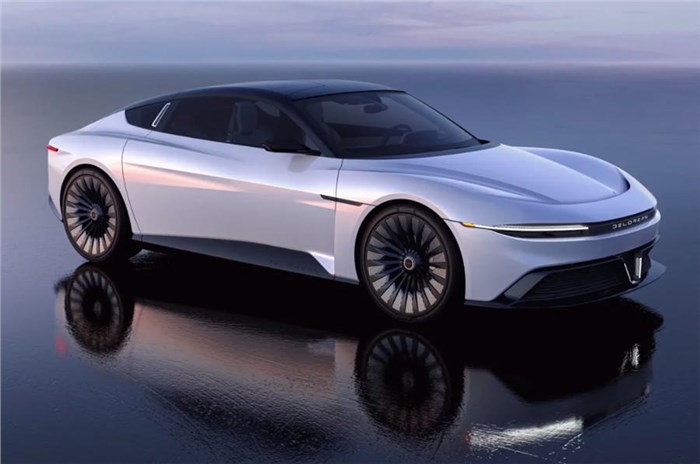 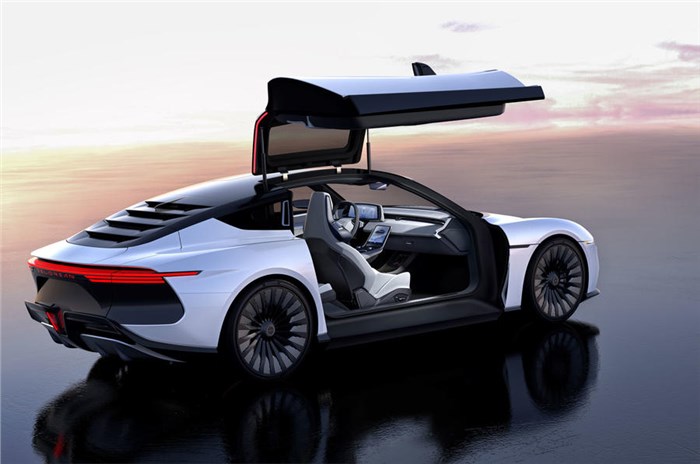 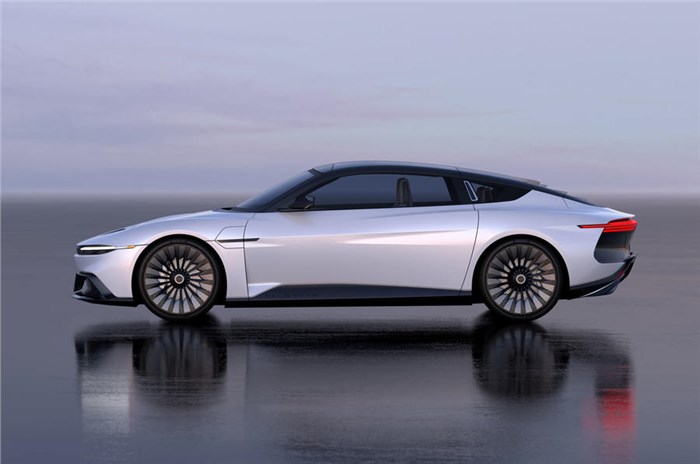 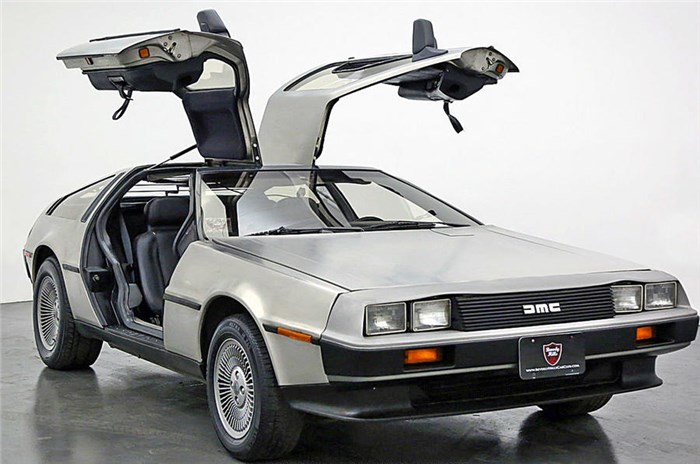 DC DeLorean DMC-12 was featured in Back To The Future

Nearly 40 years after going defunct, DeLorean is set to return with the Alpha5, photos of which were released by the brand. The DeLorean was originally on sale from 1981 to 1983 as a 2-door sportscar. Designed by Giorgetto Giugiaro, the original DeLorean was noted for its gullwing doors and rose to fame for being featured as a time machine in the Back to the Future film series.

The brand is now being revived by Joost de Vries, who was previously a high-ranking official at Tesla and Karma. He has taken the helm from Stephen Wynne, who had run DeLorean as an aftermarket support service since 1995, after acquiring the brand right following a high-profile demise of the original company.

Alpha5 will start the DeLorean revival

The rebirth of DeLorean will begin with the Alpha5 – a striking, battery-electric coupe with rakish, sportscar-style proportions, contrary to the wedge-shaped silhouette and compact footprint of the 1981 DeLorean DMC. The car will make its public debut at Pebble Beach in August, before going into production in 2024.

Speaking to our sister publication Autocar UK, Joost de Vries said the Alpha5 will have performance to match the Mercedes-AMG GT and maybe the higher-end Porsche Taycans. He also added that the EV will cater more to the internal-combustion crowd than trying to become a faster Tesla Model S Plaid.

It will go from 0-96 kph in about 3.4sec, have a top speed limited to 241kph, and a range of more than 482km on the US EPA cycle, de Vries said. However, he has been very secretive about the car’s underpinnings. “The car is being built in Italy – we’ve outsourced that – and we have some partners on the UK on the powertrain side,” said de Vries

Initially, de Vries explained that the car will be sold in a limited run of 88 units – referencing the speed needed to time-travel in the 1985 sci-fi film Back To The Future, in which the DMC was famously featured.

Although the technical details are under wraps, the design influence of the original car is clear. The slim wraparound light bars at each end nod to the brand’s 1980s heritage, while the clunky louvres over the rear window, turbine-style wheels and gullwing doors are some of the defining features taken from the original DMC. In fact, the new car has been styled by Italdesign, the Italian design house founded by Giorgetto Giugiaro, who designed the original DMC.

“In Italy, they never really stopped designing DeLoreans, which was awesome,” de Vries revealed. Looking back at sketches in the firm’s archives, company bosses “found the saloon, discussions about the coupé, a city bus and an SUV,” he said. “You would never know the firm stopped building cars.”

Now, DeLorean aims to bring that hypothetical line-up to reality by branching into other segments beyond the flagship coupé, targeting far higher production volumes for the more mainstream models on its roster.

Following the Alpha5, DeLorean will unveil a sports coupe powered by a V8 engine. After that will be a battery-electric sedan – and finally, with DeLorean’s brand-building plan in mind – a premium sports SUV with hydrogen-fuelled powertrain.

“We need an SUV for volume”, de Vries said. “The business case is an SUV that will be launched very quickly after we launch our halo car, but we need that halo car first.”

To be previewed after the coupé’s Pebble Beach debut, this larger model will be sized to compete – predominantly in the US – with full-size luxury SUVs like the BMW X7 and Cadillac Escalade, but still with obvious design features linking to the halo car. The SUV will take its power from a hydrogen powertrain because DeLorean is not convinced that batteries are the only option.

Whether this will take the form of a fuel-cell electric system or a combustion engine remains to be seen, but de Vries was firm in his belief that “there’s no one road to Rome” when it comes to phasing out fossil fuels.

With its initial seed round of funding complete, DeLorean’s next funding round will be tied to an IPO, possibly in August. de Vries explained: “We will be a public company. We have to be. Building cars isn’t cheap, and you need lots of money to make it happen.”

Currently, two-thirds of all the DMCs built are still on road and with their values rising, DeLorean’s heritage side is getting important. Stephen Wynne and his team are now working on an upgraded version of the original car to mark its 40th anniversary.