Cars like the BMW iX and the Audi e-tron GT, already on sale in India, are among the category winners this year. 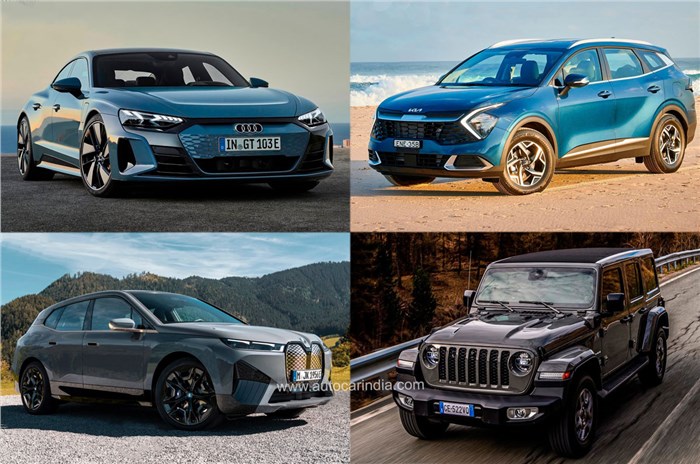 Women’s World Car of the Year (WWCOTY) has announced the winners of each of the six categories of passenger vehicles considered in this year’s awards. Notably, two of the vehicles – the BMW iX and the Audi e-tron GT – are already on sale in India, while another one – the Ford Mustang Mach-E – is set to hit our shores in the future.

In the 12th year of the WWCOTY awards, the Peugeot 308 has won in the Urban Model category. The Kia Sportage has been adjudged as the best Family SUV, while the BMW iX has won the top honours for a Large SUV. The Audi e-tron GT is the Performance Car of the Year, while the Mustang Mach-E and Jeep Wrangler 4xe have won in the Large Car and the 4x4 categories, respectively.

Of these six winners, one will be crowned as the Best Car of the Year, the results for which are set to be announced around March 8 – the International Women’s Day.

In total, 65 cars were in the running for the 2022 awards, of which individual category winners have been announced. All the models taken into consideration were launched in the calendar year of 2021.

An official statement from the WWCOTY group says that the cars were tested on various parameters, including safety, driving, comfort, technology, design, efficiency, impact on the environment and value for money. The group says that these are the same key traits that a car buyer looks for, when making a purchase, and that none of the nominees is a “woman’s car” because such a category doesn’t exist.

2022 Women’s World Car of the Year awards: the jury

As the name suggests, the Women’s World Car of the Year jury comprises exclusively a group of female motoring journalists. Currently, 56 women, from 40 countries, are a part of the team, with Renuka Kirpalani, Executive Editor, The Autocar Show, being one of the eminent jurors.

Which of the six category winners should be crowned the 2022 Best Car of the Year by WWCOTY? Let us know in the comments below.