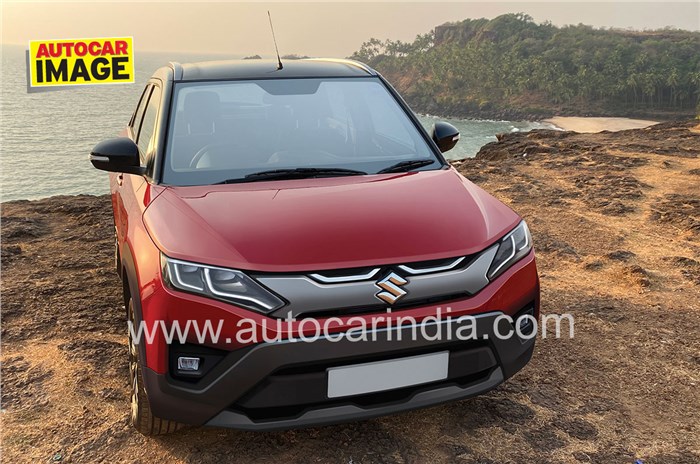 A factory-fitted CNG kit is expected to be offered in the upcoming Brezza, and the price could be announced by April or May this year.

Maruti Suzuki is currently one of the few carmakers that has multiple CNG-powered vehicles in its product portfolio. The company has plans to take this further by launching even more CNG models this year. While most of these will be hatchbacks, like the new Celerio CNG due this month, we can confirm that Maruti Suzuki is gearing up to introduce a CNG-powered version of its new Brezza that will see a market launch by April this year.

CV Raman, chief technology officer, Maruti Suzuki India, had previously reiterated that the company is going to have “a CNG variant for every model going forward”. Given the record high petrol prices these days, Raman had pointed out that “CNG offers the lowest cost proposition in terms of total cost of ownership.”
The Vitara Brezza will see a major update in 2022 and a CNG-powered version will be introduced on this updated model as well. As part of this update, Maruti Suzuki will ditch the "Vitara" name, and the new compact SUV will just be called the "Maruti Suzuki Brezza". Unlike most Maruti Suzuki models that see the CNG-version being introduced some time after the launch of the standard car, we are told that the Brezza CNG could be introduced simultaneously along with the facelifted petrol version.
The updated Brezza will continue to be powered by sole 1.5-litre K15B petrol engine that produces 105hp and 138Nm of peak torque. The CNG-spec Vitara Brezza is expected to be offered with the same engine, although it will see a marginal drop in power and torque outputs, as noticed in other Maruti Suzuki CNG models.
Incidentally, the Ertiga CNG is also powered by the same engine. In the Ertiga CNG, it produces 92hp and 122Nm of peak torque, down by 13hp and 16Nm from the petrol-powered iteration. Expect a similar drop in output figures for the Vitara Brezza CNG as well. Maruti claims a fuel efficiency of 26.08km/kg with the Ertiga CNG, which means it could be near about the same figure or even better in case of the Brezza CNG as the latter will be lighter than the Ertiga.

As already mentioned, the CNG-powered Brezza is expected to launch with the facelifted model. Cosmetic and feature upgrades on the 2022 Brezza will thus be carried forward to the CNG-powered variants as well.
The 2022 Brezza will come with a completely overhauled exterior design with new front and rear fascia and sheet metal changes. It will also be a lot more upmarket than the outgoing model, marking a significant step up in interior quality and features such as a larger infotainment screen, connected car tech, sunroof, paddle shifters, wireless connectivity and more.
As seen in other CNG models, Maruti Suzuki is expected to offer the CNG-kit on the Brezza in the mid-spec LXI and VXI trims, and not on the top-spec ZXI+ trim.

With the launch of the Brezza CNG, and subsequently CNG-powered versions of the Celerio, Swift and Dzire, Maruti Suzuki will have a CNG version of all its Arena cars. As such, CNG has so far only been prevalent in the small car segment and none of the Brezza’s rivals in the sub-compact SUV segment are offered with a factory-fitted CNG kit. At launch, the Brezza CNG will not have any direct rivals in the market, although Tata Motors is expected to launch a Nexon CNG following the Tiago and Tigor CNG that are due this month.
Will you go for a CNG-powered Maruti Suzuki Vitara Brezza? Let us know in the comments below.
Also See: 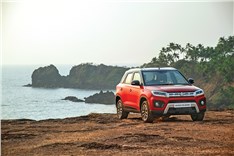 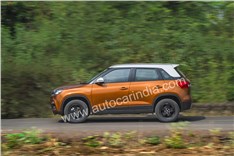